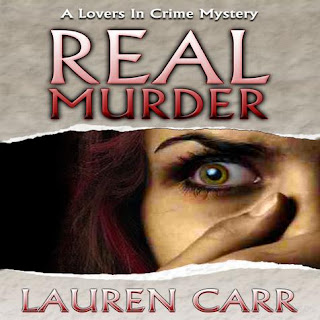 Lauren Carr's Audiobook-a-palooza Blog Tour is still on! To celebrate the release of Lauren Carr's mysteries in audiobook format, we have 14 books from her three series on tour. Today, I am posting my review of Real Murder, her second book in the Lovers in Crime series. I reviewed the first book Dead on Ice last month and the third book Killer in the Band earlier this year. See why I liked it so much and don't forget to enter the giveaway to win $100 Amazon gift card!

When Homicide Detective Cameron Gates befriends Dolly, the little old lady who lives across the street, she is warned not to get lured into helping the elderly woman by investigating the unsolved murder of one of her girls. "She's senile," Cameron is warned. "It's not a real murder."

Such is not the case. After Dolly is brutally murdered, Cameron discovers that the sweet blue-haired lady's "girl" was a call girl who had been killed in a mysterious double homicide.

Meanwhile, Prosecuting Attorney Joshua Thornton is looking for answers to the murder of a childhood friend, a sheriff deputy whose cruiser is found at the bottom of a lake. The deputy had disappeared almost 20 years ago while privately investigating the murder of a local prostitute.

It doesn't take long for the Lovers in Crime to put their cases together to reveal a long-kept secret that some believe is worth killing to keep undercover.

After reading Dead on Ice, the first book in the Lovers in Crime series, I was eager to dig into this second book in the series, Real Murder. And Lauren Carr did it again! I liked this one even better than Dead on Ice. Like her other books, this one has so many layers that all come together in the end. There are several murders being investigated and as a reader you're pulled in, your mind trying to figure out the connection and the clues that will lead to the killer(s).

Once again, lovers Joshua and Cameron are on the same case. Cameron is a strong kickass woman, but she is also vulnerable and feminine. This made her so likable. She and Joshua are now married in this book, and I loved how Carr infuses marital bliss and second marriage issues into her stories. It makes her characters believable even as the action never stops. Best of all, I'm now familiar with most, if not all, of Carr's characters from her various series and their distinct personalities are consistent every time I meet up with them in her books.

As is Carr's trademark, interspersed with the murder mystery is romance, some great pet humor (a Great Dane dog and Irving the skunk cat) and a colorful cast of shady characters. The theme of small town secrets is strong again in this book. In this one, we come to find out that the sweet old woman who lives on the same street and used to babysit Joshua as a boy was once a "madam" of a high-end bordello! Carr's books are clean but she doesn't shy away from realistic and sordid situations that make her mysteries good.

I've already read the third book in this series, Killer in the Band. All three books in this series were good, but I liked this one the best. I look forward to Carr's next awesome mystery!

Lovers in Crime:
Dead on Ice
Real Murder
Killer in the Band 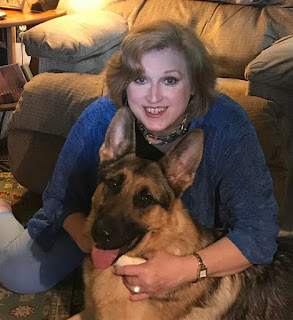 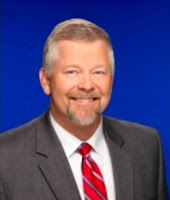