Shadow of Murder: A Mac Faraday Mystery by Lauren Carr 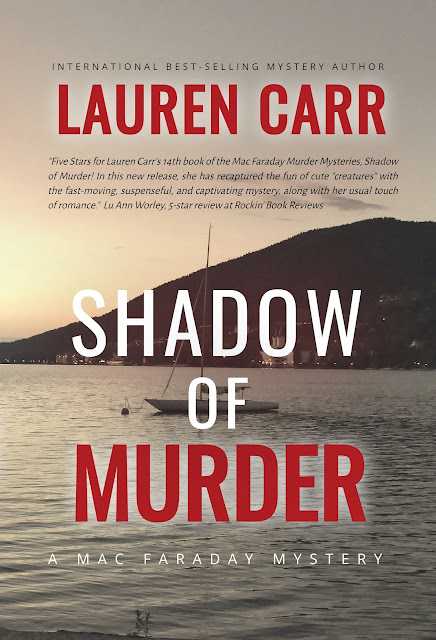 If you're a Lauren Carr fan this is another good addition to her series, with a theme not previously explored in any of the past books I've read by her.
Book Details:

You can't move to the next chapter of your life, without tying up loose ends in the previous.

True crime blogger, Erica Hart starts a new chapter in her life with a bang when a dark shadow darts into the mountain road to send her SUV off a cliff and to the bottom of Deep Creek Lake. Spencer’s newest addition to the police force, Dusty O’Meara assumes it was a bear. Erica is not so sure.

With Police Chief David O’Callaghan away on paternity leave, Deputy Chief Dusty O’Meara must lead the investigation in his first murder case since moving to Spencer. Not only does Dusty have to work under the shadow of the legendary Mac Faraday, but he also has to match his wits with Erica, who is determined to find justice for Konnor, her childhood friend.

Mac isn’t so difficult. Even Gnarly, the town’s canine mayor, is manageable if his authority is well-respected and he is kept entertained.

Erica Hart, Dusty finds, is more of a challenge. It wouldn’t be so difficult if she wasn’t so irresistible.
My Review:
Reviewed by Laura
I'm a fan of Lauren Carr's mysteries and I've loved all her series. Shadow of Murder is the 14th volume in the Mac Faraday series and I was excited to read it. All Lauren Carr's books are stand-alone novels and she includes a character list at the front of the book. This one took a turn into the unexpected, and at first, I wasn't sure how I felt about the paranormal element.
But let me start with what gets me turning the pages of Carr's murder mysteries every time: her fun memorable characters and her skill at creating intricate plot twists that are all neatly solved by the end. I love Gnarly, Mac's German Shepherd and mayor of Spencer town in this series. Yep! They voted a dog for mayor which cracked me up in Candidate for Murder. And he is back in this book. It took a while to get the story moving along as Carr sets up all the new characters and the clues that make the reader have aha moments as the mystery becomes clearer. Dusty and Erica played central roles in this book so I'm wondering if Carr will end up creating a new series with this new couple?
I had a bit of a hard time following all the characters because there are many! Thank goodness for that list at the beginning of the book. It took a while for me to warm up to some of the new characters, but Carr always includes a senior character that I love, and in this book, it turned out to be Gramps. I think for some characters a better intro was needed so that I would not have to be checking the list so often. Or perhaps having fewer characters and more of Mac and Gnarly since this is their series...
In this story, Carr incorporated witchcraft and demonology into her plot. I usually don't read books with paranormal elements, so this was unexpected, although it's not uncommon for these themes to come up in crime fiction. Of course, none of Carr's "good" characters practice the occult. Thank goodness or I would have dropped this book like a hot potato. Rather, this became very much a story about how good conquers evil, not only in the human world but also in the spiritual realm. Gnarly is as funny as ever, and he provides comedic relief. The other beloved pets in the story also add to the narrative, as is characteristic of Carr's stories.
If you're a Lauren Carr fan this is another good addition to her series, with a theme not previously explored in any of the past books I've read by her. If you're new to this series, I suggest you also read It's Murder My Son, the first book in the series.

Disclosure: Thanks to the author for sending me this book for review. I was not compensated in any other way, nor told how to rate or review this product.
BUY THE BOOK:
Amazon
Add on Goodreads
Meet the Author: 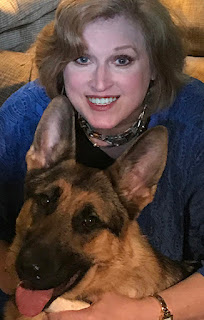