The No-Show by Beth O'Leary (Review) 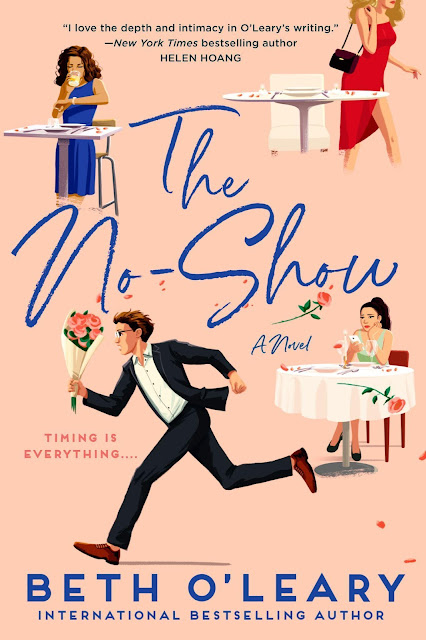 If you're looking for a different kind of romantic read, with a good twist ending, this one could be it!
Book Details:
Title: The No-Show by Beth O'Leary
Category: Adult Fiction, 352 pages
Genre: Contemporary romance
Publisher: Berkley
Release date: April 12, 2022
Content rating: PG-13 (sexual content, language)
Book Description:
Three women who seemingly have nothing in common find that they're involved with the same man in this smart new rom-com by Beth O'Leary, bestselling author of The Flatshare.

Siobhan is a quick-tempered life coach with way too much on her plate. Miranda is a tree surgeon used to being treated as just one of the guys on the job. Jane is a soft-spoken volunteer for the local charity shop with zero sense of self-worth.

Once they've each forgiven him for standing them up, they are all in serious danger of falling in love with a man who may have not just one or two but three women on the go....

Is there more to him than meets the eye? Where was he on Valentine’s Day? And will they each untangle the truth before they all get their hearts broken?
My Review:
Reviewed by Laura Fabiani
So far I've read all of O'Leary's books and I wondered what interesting situation she would come up with next. So when I saw her latest, I knew I wanted to read it, however, I was a little hesitant about the subject: one man dating three women...  But, having read her other books where her male main characters have never been two-timers, but men worthy of their heroines, I decided to put my reservations aside and gave this one a go.
Well, this book turned out to be quite a surprise, deeply affecting and with some good unexpected twists. If you're basing the plot on the book description, it's not what it seems even though it's accurate. The plot is quite brilliant and O'Leary pulls it off. It kept me turning the pages because I wanted to solve the mystery of Joseph and his three women. But I won't discuss the plot because it's one of those books where you have to savor the Oh! moment as you are reading it.
I liked Joseph from the very beginning even if I was trying to figure out if he was a cheater. The three women, Siobhan, Miranda, and Jane are all different and unique. They each learn about themselves and grow in character through their relationship with Joseph. Character development is strong, a trademark of O'Leary's books. However, I wouldn't categorize this as a rom-com. It reads more like contemporary romance or women's fiction. As in all of O'Leary's books, she tackles mental health issues, toxic relationships, and strong friendships.
There are many swoony romantic scenes in this book, not too explicit. And there is some language (some f-bombs) but not as many as in her last book The Road Trip (thank goodness). If you're looking for a different kind of romantic read, with a good twist ending, this one could be it.
Buy the Book:
Amazon.ca ~ Chapters Indigo
Add to Goodreads
About the Author: 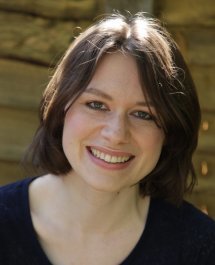 Beth O'Leary is a Sunday Times bestselling author whose novels have been translated into more than thirty languages. Her debut, The Flatshare, sold over half a million copies and changed her life completely. Her second novel, The Switch, has been optioned for film by Amblin Partners, Steven Spielberg's production company. Beth writes her books in the English countryside with a very badly behaved golden retriever for company. If she's not at her desk, you'll usually find her curled up somewhere with a book, a cup of tea, and several woolly jumpers (whatever the weather)
Connect with her here: https://www.betholearyauthor.com/