Mailbox Monday and It's Monday, What Are You Reading? April 7 Edition

Posted by Laura at Library of Clean Reads on April 06, 2014 in Its Monday What Are You Reading? Mailbox Monday | Comments : 0 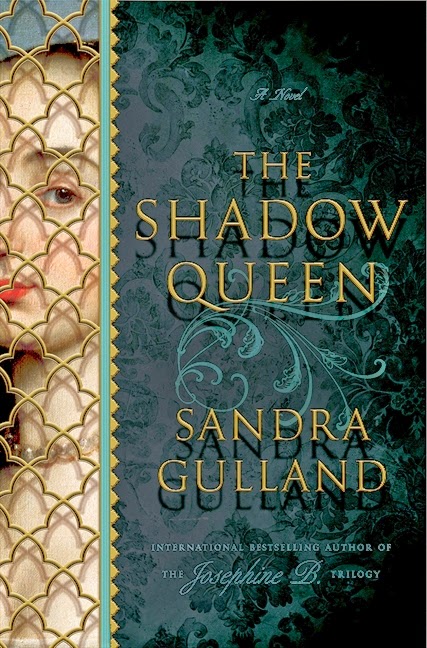 The Shadow Queen by Sandra Gulland

Claudette’s life is like an ever-revolving stage set. From an impoverished childhood wandering the French countryside with her family’s acting troupe, Claudette finally witnesses her mother's astonishing rise to stardom in Parisian theaters. Working with playwrights Corneille, Molière and Racine, Claudette’s life is culturally rich, but like all in the theatrical world at the time, she's socially scorned.

A series of chance encounters gradually pull Claudette into the alluring orbit of Athénaïs de Montespan, mistress to Louis XIV and reigning "Shadow Queen." Needing someone to safeguard her secrets, Athénaïs offers to hire Claudette as her personal attendant.

Enticed by the promise of riches and respectability, Claudette leaves the world of the theater only to find that court is very much like a stage, with outward shows of loyalty masking more devious intentions. This parallel is not lost on Athénaïs, who fears political enemies are plotting her ruin as young courtesans angle to take the coveted spot in the king's bed.

Indeed, Claudette's "reputable" new position is marked by spying, illicit trysts and titanic power struggles. As Athénaïs, becomes ever more desperate to hold onto the King's favor, innocent love charms move into the realm of deadly Black Magic, and Claudette is forced to consider a move that will put her own life—and the family she loves so dearly—at risk.

Set against the gilded opulence of a newly-constructed Versailles and the War of Theaters, THE SHADOW QUEEN is a seductive, gripping novel about the lure of wealth, the illusion of power, and the increasingly uneasy relationship between two strong-willed women whose actions could shape the future of France. 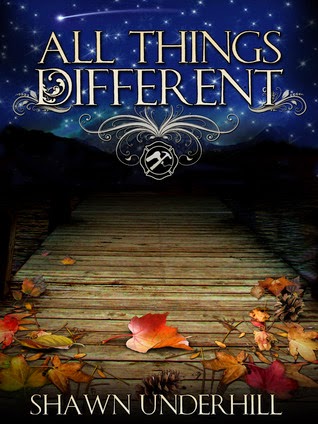 All Things Different by Shawn Underhill

Late in the summer of 2005, starkly independent Jake Thornton was on the verge of turning 16, expecting little more than his driver’s license in the fall, and the continuance of the quiet life shared with his father. So when 14-almost-15 year old Sara moved in next door and began vying for his father’s attention, Jake wasn’t exactly thrilled, and couldn’t quite understand his father’s motives for allowing it. But certainly he never anticipated the dramatic shift their lives would take as a result.

As the summer fades and autumn takes over, friendship between the two teenagers begins blossoming into a bond, until fate steps in once more, threatening to tear them apart as quickly as they’ve come together. The decisions that follow, and the emotive tale that results, opens Jake’s eyes to the simple yet life altering truth, a truth that Sara has understood all along: that love—not the feeling but the action—is the most powerful force in the world.

Read and reviewed:
Affair in Athens by Matina Nicholas (reviewed by Sandra)
Landry Park by Bethany Hagen (good clean YA)

Currently Reading:
Side Effects May Vary by Julie Murphy
Sent: The Missing #2 by Margaret Peterson Haddix (with my son)