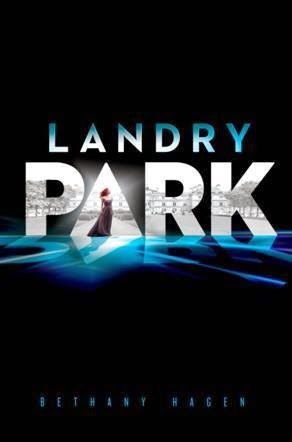 I found this book interesting and different from the usual dystopian fanfare. It mixes the worlds of gentry class, much like that in the 19th century, with a futuristic world where nuclear energy has replaced electricity.

Madeline Landry is the sole child of domineering Alexander Landry, leader of the gentry and son of the famous man who invented the nuclear lanterns after the war. She longs to go to university, but her life is filled with debutant balls and she is expected to marry and produce an heir to the expansive Landry estate. Only once she meets charming David Dana does she learn more of the sufferings of the Rootless, the lowest class of people who do the dangerous work of changing the nuclear charges for the gentry and therefore are constantly exposed to its killing radiation.

Once Madeline realizes how her lavish lifestyle is devastating to this lower class, she feels compelled to make changes. But her father is a powerful and influential force in her life and she must find the courage to defy him if she hopes to make a difference in the world.

At the beginning it was hard to wrap my head around this new world. It felt like a historical setting because of the gentry class but then they had slates and wall screens and it was futuristic. However, once I got into it and learned more about the Rootless, the story took off for me. Hagen builds believable characters, especially with Madeline, who is quiet but outspoken, reclusive but knowledgeable, proud but compassionate and vulnerable but strong. She loves her home, the extensive and beautiful estate of Landry Park and is proud of her heritage. Things change when she learns the truth about the Rootless people and how her family is involved.

The story has some twists that left me surprised. Oh sure, there were some situations that had me rolling my eyeballs, especially with the lack of communication between the characters, but overall I was intrigued by the storyline and how it would all end. This was also a clean read and a refreshing change from the usual YA books I’ve read lately.