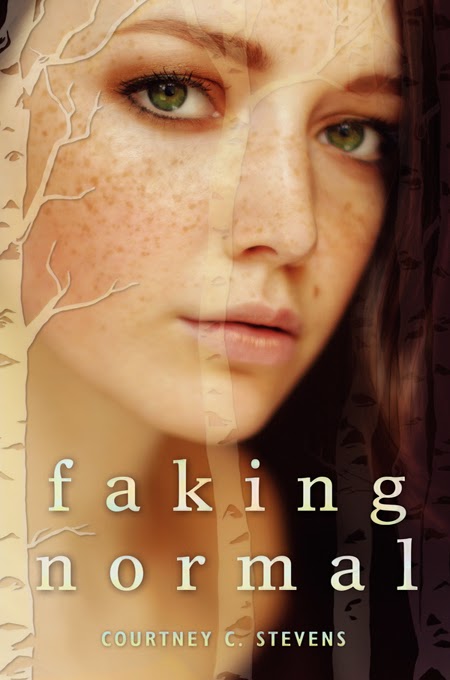 I devoured this book. I read it in one day because I was so drawn into Alexi’s story. Something devastating happens to Alexi over the summer and she’s having a hard time coping with this secret that she finds shameful. Bodee Lennox is the boy next door who’se just lost his mother. He’s a guy of very few words but he gets Alexi and knows she’s suffering. When Alexi’s family take in Bodee to live with them, Alexi and Bodee develop a strong friendship that will help them both come to terms with the events of that summer.

Stevens deals with a tough subject in this novel. But she does it well. My heart went out to Alexi who had to deal with such conflicting emotions. Both her and Bodee are great characters because they seemed real to me. Their pain was real to me too. They had deep wounds that needed to heal. I think these are topics that need to be addressed because there are many teens out there who are going through the same thing. As a mom it made me more alert to watching my daughter and making sure the lines of communication are open.

Bodee is one of those characters you just fall in love with. He’s a young guy with an old soul who just blossomed as the story progressed. I’m so glad Stevens wrote the novella The Blue-Haired Boy that is a prequel to this book and gives the reader more insight into Bodee’s story.

Stevens is not explicit in this novel but she doesn’t beat around the bush either. She depicts teen life accurately with school life, friends, underage drinking and the pressure to have sex. I found that Alexi’s parents were depicted as loving, but also clueless. Bodee and Alexi’s friends noticed a change in her, but not her parents. They were not shown to be involved in any way in helping Alexi heal. In addition, the ending wrapped up too quickly and too easily, but other than this, I loved this book.

I think Stevens delivers a very poignant and unforgettable debut novel. I look forward to reading more from her.

Note: This book is rated C = clean read. I think there are some mild religious expletives, such as "Oh, G*d!".

Disclosure: Thanks to HarperCollins for sending me this book for review. I was not compensated in any other way, nor told how to rate or review this product.