Mailbox Monday and It's Monday, What Are You Reading? March 24 Edition

Posted by Laura at Library of Clean Reads on March 23, 2014 in Its Monday What Are You Reading? Mailbox Monday | Comments : 0

For review, from Penguin: 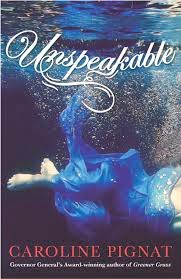 On her first voyage as a stewardess aboard the Empress of Ireland, Ellie is drawn to the solitary fire stoker who stands by the ship’s rail late at night, often writing in a journal.

Jim. Ellie finds it hard to think of his name now. After their wonderful time in Quebec City, that awful night happened. The screams, the bodies, the frigid waters … she tries hard to tell herself that he survived, but it’s hard to believe when so many didn’t. So when Wyatt Steele, journalist atThe New York Times asks her for her story, Ellie refuses. But when he shows her Jim’s journal, she jumps at the chance to be able to read it herself, to find some trace of the man she had fallen in love with, or perhaps a clue to what happened to him. There’s only one catch: she will have to tell her story to Steele and he’ll “pay” her by giving her the journal, one page at a time. 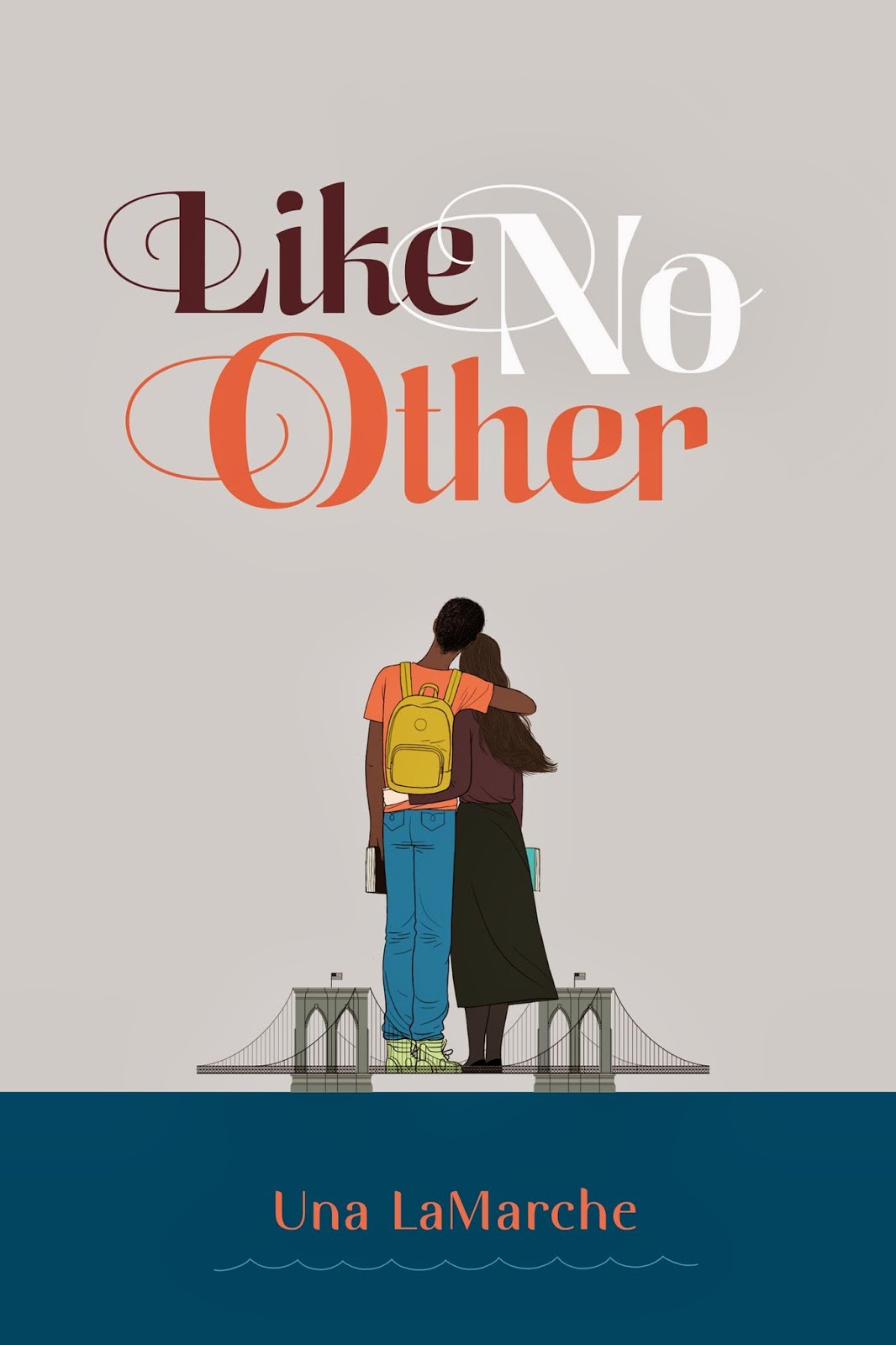 Devorah is a consummate good girl who has never challenged the ways of her strict Hasidic upbringing. Jaxon is a fun-loving, book-smart nerd who has never been comfortable around girls (unless you count his four younger sisters). They've spent their entire lives in Brooklyn, on opposite sides of the same street. Their paths never crossed . . . until one day, they did.

When a hurricane strikes the Northeast, the pair becomes stranded in an elevator together, where fate leaves them no choice but to make an otherwise risky connection. Though their relation is strictly forbidden, Devorah and Jax arrange secret meetings and risk everything to be together. But how far can they go? Just how much are they willing to give up?

In the timeless tradition of West Side Story and Crossing Delancey, this thoroughly modern take on romance will inspire laughter, tears, and the belief that love can happen when and where you least expect it. 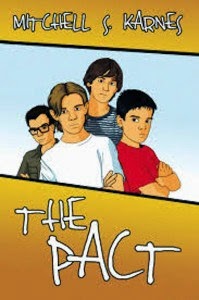 The Pact by Mitchell S. Karnes

Scott Addison never set out to be a hero. But sometimes, no matter how hard you try, you can’t run away from destiny. On the heels of his father’s death, Scott and his mother move from Iowa City, Iowa to the small Southern Illinois town of Meadowbrook. Scott just wanted to blend in…to observe quietly…to be one of the kids. Unfortunately for Scott, his instincts, heart, and integrity took over on his first day at his new middle school. Scott stood up to and faced down three larger boys torturing a wiry little boy named Paul. This simple act of kindness and chivalry put Scott in the midst of the conflict and on the receiving end of the bullies’ antics.

Paul introduces Scott to two high school friends who just happen to play Warriors & Thieves, Scott’s favorite role-playing fantasy game. The game and his new friends provide a much needed escape from both his past and his present troubles…at least for a while. But no matter how hard Scott tries to blend in at school, his pet peeve of bullying and his overwhelming sense of right and wrong continue to push him into the limelight, bringing praises from many, but more opposition from the bullies. When the hazing goes too far Scott decides it is time to take a stand…no matter the cost. Of course, sometimes, that’s the price heroes must pay.

Gifted from Author, The Verona Trilogy: 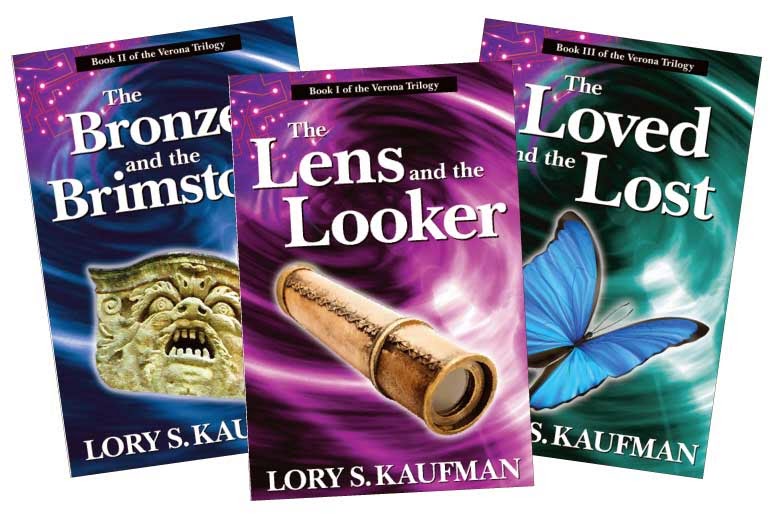 The Lens and the Looker by Lory S. Kaufman

It's the 24th century and humans, with the help of artificial intelligences (A.I.s), have finally created the perfect post-dystopian society. To make equally perfect citizens for this world, the elders have created History Camps, full sized recreations of cities from Earth's distant pasts. Here teens live the way their ancestors did, doing the same dirty jobs and experiencing the same degradations. History Camps teach youths not to repeat the mistakes that almost caused the planet to die. But not everything goes to plan.

In this first of a trilogy, we meet three spoiled teens in the year 2347. Hansum almost 17, is good looking and athletic. Shamira, 15, is sassy, independent and an artistic genius. Lincoln, 14, is the
smart-aleck. But you don't have to scratch too far beneath the surface to find his insecurities.

These three "hard cases" refuse the valuable lessons History Camps teach. But when they are kidnapped and taken back in time to 1347 Verona, Italy, they only have two choices; adapt to the harsh medieval ways or die. The dangers are many, their enemies are powerful, and safety is
a long way away. It's hardly the ideal environment to fall in love - but that's exactly what happens.

In an attempt to survive, the trio risks introducing technology from the future. It could save them - or it could change history.

The Bronze and the Brimstone by Lory S. Kaufman

Hansum, Shamira and Lincoln, three teens from the 24th-century, are trapped in 14th-century Verona, Italy. They've survived many deadly experiences by keeping their wits about them and by introducing futuristic technology into the past. Principal among these inventions is the telescope, which brought them to the attention of the rich and powerful. But standing out can get you into unexpected - situations.

The nobles of Verona now believe Hansum is a savant, a genius inventor, especially after he brings them plans for advanced cannons and black powder. Being the center of attention is great, but the potential for trouble is now exponentially greater because people are
watching Hansum's every move.

Meanwhile, artistic genius Shamira has fallen for a Florentine artist with bloody and disastrous consequences. Lincoln, considered an incompetent back home in the 24th-century, has blossomed - at least until he's shot in the head with an arrow.

And Hansum, after secretly marrying his new master's beautiful daughter, Guilietta, is offered the hand in marriage of lady Beatrice, daughter of the ruler of Verona. To refuse could mean calamity for all the teens. Amazingly, none of this is their biggest challenge. Because a rash illness is spreading across Verona - and it is threatening to consume everyone. Do they have a future in this past?

The Loved and the Lost by Lory S. Kaufman

Hansum, Shamira and Lincoln are three 24th-century time travelers desperate to return to 14th-century Verona and reclaim their medieval family's shattered lives. It is a mission fraught with danger and the risk of unexpected consequences for themselves and their worlds.

For all three, it is a matter of the heart. For one, though, it is truly the only thing that matters, as the fate of his eternal love and the life of their unborn child is the prize to be won - or lost forever.

In this, the final book of The Verona Trilogy, Hansum, Shamira and Lincoln go on the boldest adventure of their lives. They will face hardship, tragedy, and threats from sources they couldn't have imagined - all in an effort to wrestle a future from the steely grip of an unforgiving past.