Mailbox Monday and It's Monday, What Are You Reading? June 17 Edition

Posted by Laura at Library of Clean Reads on June 16, 2013 in Its Monday What Are You Reading? Mailbox Monday | Comments : 0

A few things happening this week...

This coming week, June 17 - 21 is Audiobook Week, hosted by Devourer of Books. I'll be trying to participate in some of the daily topics. If you're still not into audiobooks or want to know more about reviewing them, this is a good way to discover them.

My kids are finishing school this week! Friday is their last day and the official first day of summer. Yay! Finally, no more homework to look over and lunches to prepare. 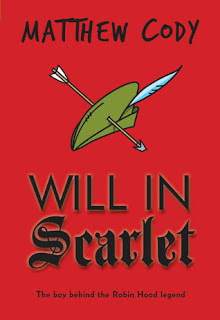 Will in Scarlet by Matthew Cody (from NetGalley)

Once the sheltered son of nobility, Will has become an exile. When he flees the only home he's ever known into neighboring Sherwood Forest, he meets an elusive gang of bandits known as the Merry Men -- yes, those Merry Men. Among them are Gilbert, their cruel leader; a giant named John Little; a drunkard named Rob; and Much, an orphan girl disguised as a bandit boy.

This is the story of how a band of misfit outlaws become heroes of legend -- thanks to one brave 13-year-old boy. 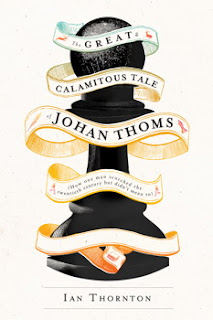 A wild, rollicking novel on chance, friendship, love, regret, and the entire history of the twentieth century.

Johan Thoms is poised for greatness. A promising student at the University of Sarajevo, he is young, brilliant, and in love with the beautiful Lorelei Ribeiro. He can outwit chess masters, quote the Kama Sutra, and converse with dukes and drunkards alike. But he cannot drive a car in reverse. And as with so much in the life of Johan Thoms, this seemingly insignificant detail will prove to be much more than it appears. On the morning of June 28, 1914, Johan takes his place as the chauffeur to Franz Ferdinand and the Royal entourage, and with one wrong turn, he forever alters the course of history.

Blaming himself for the deaths of the Archduke and his wife, Johan hastens from the scene, and for once his inspired mind cannot process what to do next. Guilt-ridden, he flees Sarajevo, abandoning his friends, family, and beloved in the fear that he has caused them irreparable grievance. He watches in horror as the Great War unfolds, every death settling squarely on Johan’s conscience. Turning his back on his old life, Johan does his best to fade out of memory.

But the world has other plans for Johan Thoms. As each passing year burdens Johan with further guilt for his inaction, he seeks solace in his writing and in the makeshift family he has assembled around himself. With everyone from emperors to hooligans at his side, and pursued by the ever-determined Lorelei, Johan winds his way through Europe and the Twentieth Century, leaving his indelible mark on both. 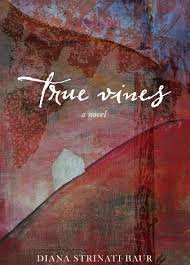 After the sudden death of her Italian winemaker husband, Meryl Michelli flees to her small hometown in Pennsylvania, looking to slam the door on heartache and trudge forward. But it's never that simple, especially when old family ties have been strained by years of geographic and emotional distance. A chance encounter with a childhood friend brings back betrayal she could never put to rest, and readjusting to life in the States in upper mid-life wears her thin in ways she never could have imagined. Just when Meryl feels she can't go on, Providence steps in and gives her permission to completely fall apart. Only then can she finally manage to grieve both her magnanimous, flawed Francesco and the unforgettable country she left behind. 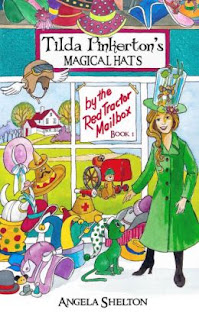 Eleven-year-old Madison Mae and her younger brother, Albert, want to help save the family farm during troubled times.

When a mysterious Magical Hat Shop appears by their grandpa’s red tractor mailbox, the children meet Tilda Pinkerton who presents them with one-of-a-kind hats, causing new ideas and talents to suddenly burst forth.

As a flood of harm comes rushing towards the farm, Tilda Pinkerton teaches the children how they can accomplish much more than anyone ever imagined. 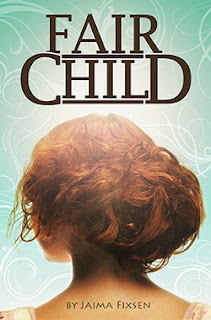 Good English families all have a house in the country with a deer park, a trout stream, and an army of gardeners. They should have a son and if it can be managed, he should be handsome. Cleverness isn’t important. Daughters in limited quantities are fine so long as they are pretty. Bastards are inconvenient and best ignored. It's not a big problem, unless you are one. Unfortunately, Sophy is.

Sick of her outcast role, she escapes her father’s house, only to fall from her horse during a spring storm. Injured, soaked, and shivering, she stumbles to a stranger’s door—Tom, a blunt edged merchant from a family of vulgar upstarts. Mistaking Sophy for the genuine article, he takes her in. Sophy can’t resist twisting the truth. Soon she’s caught in her own snare—and it might just be a noose. 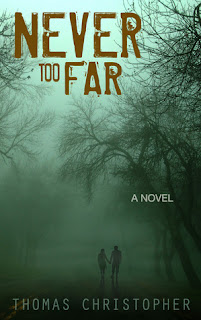 Never Too Far by Thomas Christopher

A harrowing story of love and survival. In a future of scarce resources, where the possession of gas and diesel is punishable by death, a teenage boy and a pregnant girl must save their impoverished family. They risk their lives on a terrifying journey to sell stolen fuel on the black market.


Free audiobook in the month of June for Downpour members: 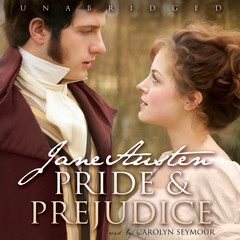 Pride and Prejudice by Jane Austen (this book is celebrating it's 200th year anniversary of publication!)

The provincial Bennet family, home to five unmarried daughters, is turned upside down when a wealthy bachelor takes up a house nearby. Mr. Bingley enhances his instant popularity by hosting a ball and taking an interest in the eldest Bennet daughter, Jane. Meanwhile, Mr. Darcy, Bingley’s even wealthier friend, makes himself equally unpopular by his aloof disdain of country manners. Yet he is drawn in spite of himself to the spirited and intelligent Elizabeth Bennet, who proves to be his match in both wit and pride. Their sparkling repartee is a splendid performance of civilized sparring infused with unacknowledged romantic tension.

This classic audiobook was offered free to AudioFile readers from Downpour: 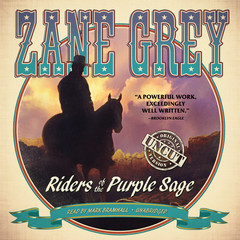 Riders of the Purple Sage by Zane Grey

In Cottonwoods, Utah, in 1871, a woman stands accused and a man is sentenced to whipping. Into this travesty of small-town justice rides the one man whom the town elders fear. His name is Lassiter, and he is a notorious gunman who’s come to avenge his sister’s death. It doesn’t take Lassiter long to see that this once peaceful Mormon community is controlled by the corrupt Deacon Tull, a powerful elder who’s trying to take the woman’s land by forcing her to marry him, branding her foreman as a dangerous “outsider.” Lassiter vows to help them, but when the ranch is attacked by horse thieves, cattle rustlers, and a mysterious masked rider, he realizes that they’re up against something bigger—and more brutal—than the land itself.

Listening to:
Torn From Troy: Odyssey of a Slave (Book 1) by Patrick Bowman