A Dance in Donegal by Jennifer Deibel (Book Review) 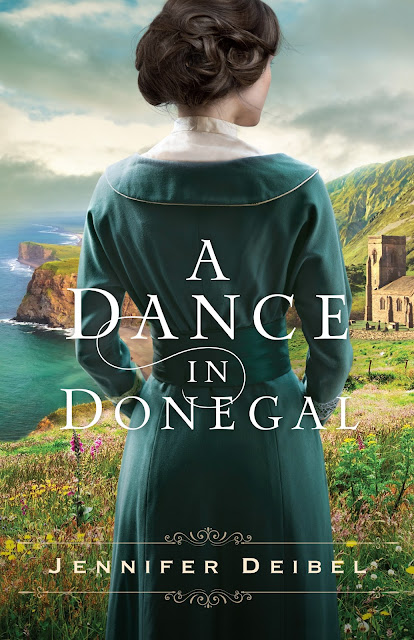 A Dance in Donegal is a historical fiction novel set in a small town in Ireland and filled with its culture and traditions.
Book Details:

All her life, Boston-born Moira Doherty has relished her mother's descriptions of the Emerald Isle. When her mother dies unexpectedly in the summer of 1920, Moira is compelled to fulfill her dying wish--that she become the teacher in Ballymann, the beloved village in Donegal, Ireland, she's heard so much about.

After an arduous voyage, Moira begins a challenging new job in an unfamiliar and ancient country. Though a few locals offer a warm welcome, others are distanced by superstition and suspicion. Rumors about Moira's mother are unspoken in her presence but threaten to derail everything she's journeyed to Ballymann to do. Moira must rely on the kindness of a handful of friends--and the strength of Sean, an unsettlingly handsome thatcher who keeps popping up unannounced--as she seeks to navigate a life she'd never dreamed of . . . but perhaps was meant to live.
My Review:
Reviewed by Laura Fabiani
A Dance in Donegal is a historical fiction novel set in a small town in Ireland and filled with its culture and traditions. It's well-written and lovers of "the auld Irish ways and language" will delight with the details of town life in 1920s Donegal.
When Moira decides to travel from Boston to Ireland after accepting the post as the new schoolteacher, she encounters a frosty welcome from most villagers which immediately has the reader wondering what happened with her mother in this village. Moira makes friends with some God-fearing neighbors and eventually comes to discover the mystery surrounding her mother and what it means to be a true Christian.
For the most part, I enjoyed this story which has a good pace and a great setting. Moira has a good heart and she is compassionate and empathetic, however, I did find her quite clueless for a schoolteacher. She looked confused when people whispered about her behind her back and did not take the initiative to ask her friends what people were speculating about until more than halfway into the story. It wasn't clear to me why her mother never disclosed to her what happened to her, and why in heaven's name she would want her daughter to go to a village she herself fled from. I felt that there were missing details to the story. I had so many questions that were never answered by the end of the book.
There was an incident with a dirt-poor student that had me wondering about his parents, and how could Moira and even her God-fearing friends wait to see what she decided to do when he was deathly ill before helping him. That whole episode had me somewhat shocked. As a parent, it really upset me. And there was another grave incident with a gentleman that I felt was unnecessary and did not add much to the story except to make me see how gullible Moira was.
This book is heavy on scripture, which felt preachy at times coming from a character who did not attend church and practiced Irish traditions clearly based on superstition and pagan origins. Apart from these foibles, I enjoyed being transported to an Irish village to follow the journey of a young woman searching for answers.
Buy the Book:
Amazon.ca ~ Barnes & Noble
Add to Goodreads
View the trailer:
About the Author: 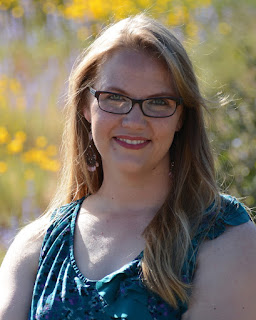 Jennifer Deibel is a middle school teacher whose work has appeared on (in)courage, on The Better Mom, in Missions Mosaic magazine, and other publications. With firsthand immersive experience abroad, Jennifer writes stories that help redefine home through the lens of culture, history, and family. After nearly a decade of living in Ireland and Austria, she now lives in Arizona with her husband and their three children.
You can find her online at www.jenniferdeibel.com, Facebook (@JenniferDeibelAuthor), and Instagram (@jenniferdeibel_author).