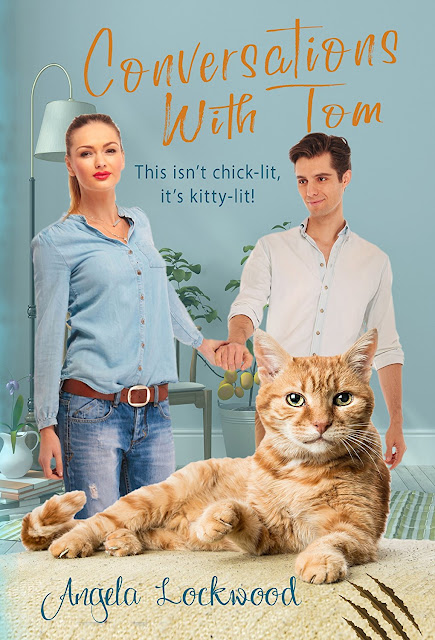 When Jeff and his wife Lisa adopt a kitten named Tom, they have no idea their marriage is in trouble. When the fluffy kitten turns out to be a boisterous cat, hell-bent on destroying furniture, Lisa realises life isn’t turning out the way she’d planned. Tom’s conviction that 4am really is the best time of day, plus her husband’s disastrous business sense, soon drives Lisa into the arms of another man. Newly single, and at a loss, Jeff turns to his cat for a sympathetic furry ear. The witty and convincingly cat-like character he imagines becomes the friend he so desperately needs. But as his owner agonises about love and life, Tom concerns himself with more important matters, such as soliciting tuna and how to get better acquainted with the neighbour’s rabbit. Although they don’t always understand each other, Jeff and Tom form an unbreakable bond – until a trip to the vet changes everything…

This is a very charming tale, partly narrated by Tom, a ginger cat, who is a compelling character. If you are a cat owner, you will recognize the descriptions of Tom's behavior. I didn't care for any of the other characters as much as Tom. Jeff is lazy and self-centered, but he does love Tom, which sort of redeems him. Jeff does, however, grow into a better person by the end of the story.

It is well written, flows smoothly and is witty and funny. "It's a little-known fact that to alleviate boredom, cats like to create lists." One of my favourite parts is when Tom remembers his trip to the vet for neutering and wonders if aliens have experimented on him. And the whole tuna thing made me laugh.

All in all the author has written in a way that elevates a story that could easily have been silly. Cat lovers will enjoy it. I just wish she hadn’t peppered her story with so many f-bombs – entirely unnecessary. In my opinion it takes away from an otherwise delightful novel.

Angela Lockwood-van der Klauw was born in the Netherlands. She learned her trade as a jeweller and gemmologist at the Vakschool Schoonhoven before moving to Edinburgh as an apprentice jeweller. There she met and later married her husband Adam. Angela ran her own jeweller’s shop in Edinburgh for ten years before she and her husband moved to the south of France in 2011. Like Cameron, Angela prefers the climate there, but often thinks about the town she left behind and its people.

Cameron’s story was born in the spring of 2013, a very wet spring during which Angela found herself climbing the walls, frustrated that she couldn’t go out and have her usual long walks along the seafront. Seeing his wife’s frustration, Adam suggested ‘Why don’t you write a book?’

Angela thought about it for a few days, then switched on her laptop and started writing. Language in the Blood (Book1) was her first book. She has since published two more titles.