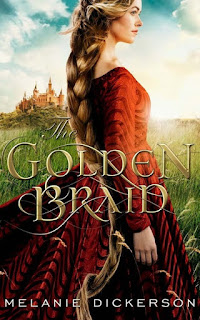 The one who needs rescuing isn't always the one in the tower...

Rapunzel can throw a knife better than any man. She paints beautiful flowering vines on the walls of her plaster houses. She sings so sweetly she can coax even a beast to sleep. But there are two things she is afraid her mother might never allow her to do: learn to read and marry.

Fiercely devoted to Rapunzel, her mother is suspicious of every man who so much as looks at her daughter and warns her that no man can be trusted. After a young village farmer asks for Rapunzel's hand in marriage, Mother decides to move them once again---this time, to the large city of Hagenheim.

The journey proves treacherous, and after being rescued by a knight---Sir Gerek---Rapunzel, in turn, rescues him farther down the road. As a result, Sir Gerek agrees to repay his debt to Rapunzel by teaching her to read. Could there be more to him than his arrogance and desire to marry for riches and position?

As Rapunzel acclimates to life in a new city, she uncovers a mystery that will forever change her life. In this Rapunzel story unlike any other, a world of secrets and treachery are about to be revealed after seventeen years. How will Rapunzel finally take control of her own destiny? And who will prove faithful to a lowly peasant girl with no one to turn to?

The Golden Braid was a great story to escape with. The author succeeds in creating a medieval setting and a twist on the Rapunzel fairy tale, without the use of magic. Although this is a romantic tale, it's also about taking a stand and being determined to better oneself.

Rapunzel was a young woman stuck in a dysfunctional relationship with her mother but although poor, sheltered and restrained, she managed to learn skills that fed her world of curiosity and intellectual capacity. I like heroines who can hold their own. Rapunzel was courageous, brave and noble.

I don't often read fairy tale retelling but this one read more like a YA historical fiction, which I always enjoy since there aren't many. The story flowed well and centered mainly around three characters, that of Rapunzel, Sir Gerek the knight, and Gothel, Rapunzel's mother. They were well-developed characters. The Golden Braid was a clean read that advocated good morals and a healthy belief in God without being preachy.

Overall, this is a sweet romance with action, secrets, treachery and suspense tailored to a YA audience, but that can make for a fun read for any age.

Note: This book is rated G.

Disclosure: Thanks to Litfuse and Thomas Nelson for sending me this book for review. I was not compensated in any other way, nor told how to rate or review this product. 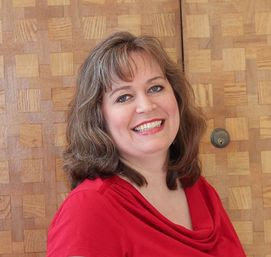 Melanie Dickerson is the author of The Healer's Apprentice, a Christy Award finalist and winner of the National Reader's Choice Award for Best First Book. Melanie earned a bachelor's degree in special education from the University of Alabama and has been a teacher and a missionary. She lives with her husband and two daughters in Huntsville, Alabama.