Mailbox Monday and It's Monday, What Are You Reading? Oct 14 Edition

Posted by Laura at Library of Clean Reads on October 13, 2013 in Its Monday What Are You Reading? Mailbox Monday | Comments : 0

Mailbox Monday was created by Marcia who now blogs at To Be Continued. It is the gathering place for readers to share the books that came into their house last week. The host for October is Gina at Book Dragon's Lair. You can also view the touring blog list here for the upcoming months. 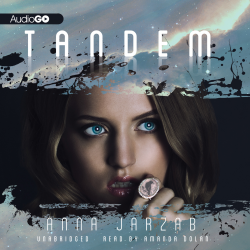 Sixteen-year-old Sasha Lawson has only ever known one small, ordinary life. When she was young, she loved her grandfather's stories of parallel worlds, inhabited by girls who looked like her but led totally different lives. Sasha never believed such worlds were real—until now, when she finds herself thrust into one against her will.

To prevent imminent war, Sasha must slip into the life of an alternate version of herself, a princess who has vanished on the eve of her arranged marriage. If Sasha succeeds in fooling everyone, she will be returned home; if she fails, she'll be trapped in another girl's life forever. As time runs out, Sasha finds herself torn between two worlds, two lives, and two young men vying for her love—one who knows her secret, and one who believes she's someone she's not.

For review from Netgalley: 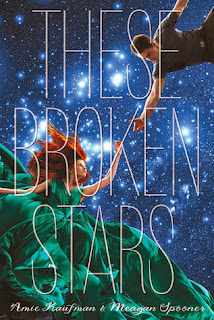 These Broken Stars by Amie Kaufman and Meagan Spooner

It's a night like any other on board the Icarus. Then, catastrophe strikes: the massive luxury spaceliner is yanked out of hyperspace and plummets into the nearest planet. Lilac LaRoux and Tarver Merendsen survive. And they seem to be alone.

Lilac is the daughter of the richest man in the universe. Tarver comes from nothing, a young war hero who learned long ago that girls like Lilac are more trouble than they're worth. But with only each other to rely on, Lilac and Tarver must work together, making a tortuous journey across the eerie, deserted terrain to seek help.

Then, against all odds, Lilac and Tarver find a strange blessing in the tragedy that has thrown them into each other's arms. Without the hope of a future together in their own world, they begin to wonder-would they be better off staying here forever?

Everything changes when they uncover the truth behind the chilling whispers that haunt their every step. Lilac and Tarver may find a way off this planet. But they won't be the same people who landed on it.

The first in a sweeping science fiction trilogy, These Broken Stars is a timeless love story about hope and survival in the face of unthinkable odds. 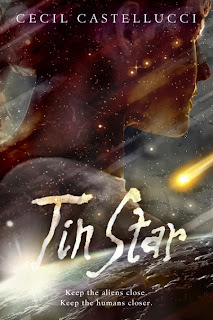 Beaten and left for dead, sixteen-year-old Tula Bane finds herself abandoned on a remote space station with aliens she must work to understand. When three humans crash-land onto the station, Tula's desire for companionship becomes unavoidable and romantic sparks fly between her and one of the new arrivals. But just as Tula begins to concoct a plan to get off the space station and kill the man responsible for her situation, everything goes awry, and suddenly romance is the furthest thing for her mind. 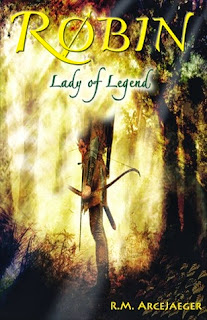 Robin Hood is given an incredible spin in this fast-paced, exciting adventure story by #1 Amazon bestselling author R.M. ArceJaeger.

When circumstances force Robin of Locksley to flee her home, she is thrust into an outlaw life in Sherwood forest. Disguised as a man for protection, she soon finds herself at the center of a band of outcasts where her archery skills, integrity, and force of character propel her into a leadership role. With a secret to hide, a band to sustain, and a Sheriff hot on her trail, Robin will need all her courage and ingenuity if she is to survive. 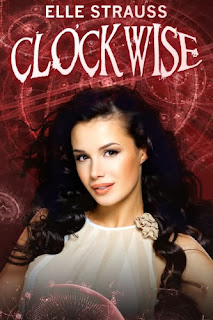 Casey Donovan has issues: hair, height and uncontrollable trips to the 19th century! And now this-she's accidentally taken Nate Mackenzie, the cutest boy in the school, back in time. Awkward.

It's the eve of the American Civil war and protocol pressures Casey to tell their hosts that Nate is her brother. No one more surprised than she is when they are forced to share a one room worker's cabin. Super awkward. Nate's slow to accept their new reality but when he does, he realizes he needs Casey to get back. His nearness is intoxicating to Casey, but she keeps her cool by hanging a privacy blanket and staying aloof. Knowing Nate has an evil girlfriend waiting for him at home helps.


Over time Casey gains the attention of a handsome, wealthy (and unwanted) suitor, and something changes in Nate. Are those romantic sparks or is it just "brotherly" protectiveness? When they return to the present, things go back to the way they were before: Casey parked on the bottom rung of their school's social ladder and Nate perched high on the very the top. Except this time her heart is broken. Plus, her best friend is mad, her parents are split up, and her younger brother gets escorted home by the police. The only thing that could make life worse is if, by some strange twist of fate, she took Nate back to the past again. Which of course, she does. 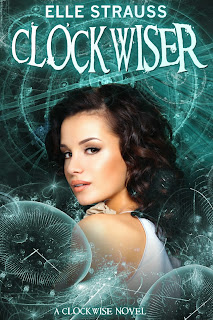 The last year has been smooth sailing for Casey Donovan. She and her boyfriend Nate are doing better than ever, and things at home are good, too. Everything's been so calm, she hasn't "tripped" back to the nineteenth century in ages.

Then the unthinkable happens and she accidentally takes her rebellious brother Tim back in time. It's 1862 with the Civil War brewing, and for Tim this spells adventure and excitement. Finding himself stuck in the past, he enlists in the Union army, but it doesn't take long before he discovers real life war is no fun and games.

Casey and Nate race against the clock to find Tim, but the strain wears on their relationship. It doesn't help that the intriguing new boy next door has his sights on Casey, and isn't shy to let her know it.

Can Nate and Casey find Tim in time to save him? And is it too late to save their love?

Listening to:
Tandem: The Many-World Trilogy (Book 1) by Anna Jarzab (Good so far!)