Mailbox Monday and It's Monday, What Are You Reading? Sept 30 Edition

Posted by Laura at Library of Clean Reads on September 29, 2013 in Its Monday What Are You Reading? Mailbox Monday | Comments : 0

Mailbox Monday was created by Marcia who now blogs at To Be Continued. It is the gathering place for readers to share the books that came into their house last week. Since our September hostess has been MIA, MM is being hosted here: Beauty in Ruins. You can also view the touring blog list here for the upcoming months. 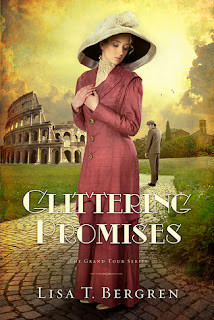 For Cora Kensington, the Grand Tour was to be the trip of a lifetime. She discovered the family she never knew she had, and may have even found the love she longs for in Will. And yet her life has just become infinitely more challenging …

Hounded by journalists chasing the beguiling story of the newest American heiress, Cora fights to remain true to her past, reconcile her present, and still embrace her future. But as Will struggles with her newfound wealth, she begins to wonder if their love is strong enough to withstand all that threatens to pull them apart.

Complicating matters is the stubborn pursuit of Pierre de Richelieu and the increased demands on her time and attention. Cora must stand up for what she believes—regardless of how that might challenge current family and cultural norms—in order to remain true to who she really is.

And as she glimpses the end of the tour, Cora knows it’s time to decide Who and what defines her … and who and what does not. 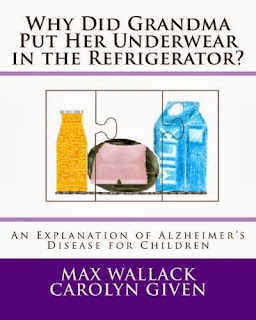 Why Did Grandma Put Her Underwear in the Refrigerator? An Explanation of Alzheimer's Disease for Children by Max Wallack and Carolyn Given

On some days, seven-year old Julie feels like she’s living in a Fun House. Hers is a topsy-turvy world where the toaster sprouts a toothbrush, and a watermelon gets dressed up in pink underpants for Fourth of July! But on other days, Julie struggles with understanding why her Halloween trick-or-treating got cancelled, or why Grandma can’t remember her name. Julie is struggling with understanding her grandmother’s Alzheimer’s disease.

Authors Max Wallack and Carolyn Given believe that no child is too young to learn about this disease, or how to participate in providing safe care for their loved one. Why Did Grandma Put Her Underwear in the Refrigerator? is a sensitive, light-hearted children’s story that seamlessly provides its young readers with a toolbox to help them overcome their fears and frustrations. It shares easy-to-understand explanations of what happens inside the brains of Alzheimer’s patients, how to cope with gradual memory loss, with a missed holiday, or even a missing Grandma! 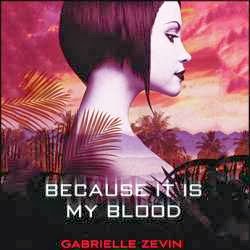 Because it is my Blood by Gabrielle Zevin (audio book)

Since her release from Liberty Children's Facility, Anya Balanchine is determined to follow the straight and narrow. Unfortunately, her criminal record is making it hard for her to do that. No high school wants her with a gun possession charge on her rap sheet. Plus, all the people in her life have moved on: Natty has skipped two grades at Holy Trinity, Scarlet and Gable seem closer than ever, and even Win is in a new relationship.But when old friends return demanding that certain debts be paid, Anya is thrown right back into the criminal world that she had been determined to escape. It’s a journey that will take her across the ocean and straight into the heart of the birthplace of chocolate where her resolve--and her heart--will be tested as never before. 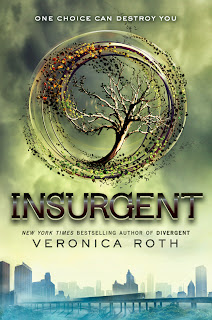 One choice can transform you—or it can destroy you. But every choice has consequences, and as unrest surges in the factions all around her, Tris Prior must continue trying to save those she loves—and herself—while grappling with haunting questions of grief and forgiveness, identity and loyalty, politics and love.

Tris's initiation day should have been marked by celebration and victory with her chosen faction; instead, the day ended with unspeakable horrors. War now looms as conflict between the factions and their ideologies grows. And in times of war, sides must be chosen, secrets will emerge, and choices will become even more irrevocable—and even more powerful. Transformed by her own decisions but also by haunting grief and guilt, radical new discoveries, and shifting relationships, Tris must fully embrace her Divergence, even if she does not know what she may lose by doing so.

Received as a Gift:

Kathy at BermudaOnion kindly sent me this gift audio book to share with my kids. Thanks again, Kathy! 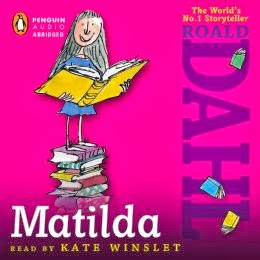 “The Trunchbull” is no match for Matilda!

Matilda is a sweet, exceptional young girl, but her parents think she's just a nuisance. She expects school to be different but there she has to face Miss Trunchbull, a kid-hating terror of a headmistress. When Matilda is attacked by the Trunchbull she suddenly discovers she has a remarkable power with which to fight back. It'll take a superhuman genius to give Miss Trunchbull what she deserves and Matilda may be just the one to do it!

Currently Reading:
The Journey of Josephine Cain by Nancy Moser