Mailbox Monday and It's Monday, What Are You Reading? Dec 24 Edition

Posted by Laura at Library of Clean Reads on December 23, 2012 in Its Monday What Are You Reading? Mailbox Monday | Comments : 0 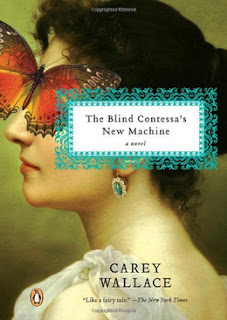 The Blind Contessa's New Machine by Carey Wallace
An enchantingly imagined romance inspired by the true story of the typewriter's invention.

Carolina Fantoni, a young contessa in nineteenth-century Italy, is going blind. Neither her parents nor her fiancé believe her. Only her friend Turri, an eccentric local inventor, understands. As darkness erases Carolina's world, she discovers one place where she can still see-in her dreams-yet she remains isolated from the outside world. Desperate to communicate with Carolina, Turri creates a peculiar contraption for her: the world's first typewriter. His gift ignites a passionate love affair that will mark both their lives forever. 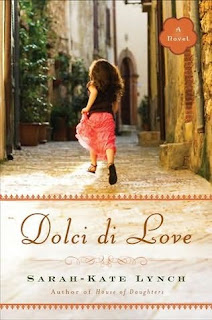 Dolci di Love by Sarah-Kate Lynch
New from the author of House of Daughters- an irresistible confection of love, loss, and Italian sweets in the delectable tradition of Chocolat.

Corporate star Lily Turner abandons the boardrooms of Manhattan for the steep streets of Montevedova when she discovers her "perfect" husband, Daniel, has another family tucked away in the hills of Tuscany. Once there, her plight attracts the attention of the Secret League of Widowed Darners, an all-but-invisible army pulling strings behind the scenes to create happy endings. Soon founding members, Violetta and Luciana, are scheming to mend Lily's broken heart-and to enlist her help for their struggling pasticceria.

With the lush landscape of a sumptuous Tuscan summer in the background, and the tantalizing scent of fresh-baked cantucci in the air, Dolci di Love is the joyful celebration of a modern recipe for life.

For review from Pajama Press: 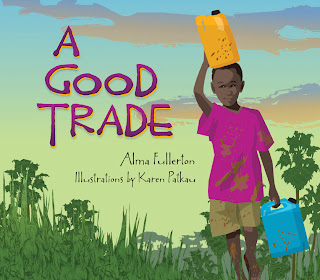 A Good Trade by Alma Fullerton, illustrations by Karen Patkau
In a small Ugandan village, Kato wakes early to start the long barefoot trek beyond his village and along fields dotted with cattle and guarded by soldiers. As it is every day, his destination is the village well, where he will pump a day's supply of water into two jerry cans before trudging home again. But this is no ordinary day. The aid worker's truck arrives at the village square, and in the back is a gift so special, the little boy rushes home to look for something to repay the aid worker.

Alma Fullerton's spare, lilting prose tells a deceptively simple story of one day in a little boy's life. But in a place ravaged by a generation of civil war and drought, a village well brings life, a gift of shoes is a cause for celebration, and a simple flower becomes an eloquent symbol of peace and gratitude. 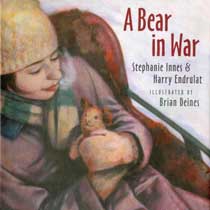 A Bear in War by Stephanie Innes & Harry Endrulat, illustrated by Brian Deines
Teddy belonged to ten-year-old Aileen Rogers, whose father Lawrence left Aileen, her little brother Howard, and his wife Janet home on the family farm in Quebec when he went to war. Janet and Lawrence exchanged more than 200 letters during his service. Aileen and Howard also wrote their dad — and Aileen sent her beloved Teddy overseas to help protect him. Sadly, Lawrence died at the battle of Passchendaele. In 2002, his granddaughter Roberta Innes found Teddy and the letters in an old family briefcase. Her findings uncovered how a Canadian family’s strength was tested by war and how a small stuffed bear became an enduring memento of their love. Sensitive text by Harry Endrulat and Roberta’s daughter Stephanie, and Brian Deines’ lovely illustrations bring this unusual story of love and war to life. 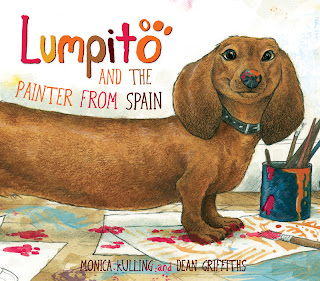 Lumpito and the Painter from Spain by Monica Kulling and Dean Griffiths
Lump the dachshund is content living with David in Italy. But he needs a vacation from Big Dog, who hounds him day and night. So when David announces that he's off to the south of France to photograph a famous painter, Lump positively scrambles at the chance to ride along. At the villa, Pablo Picasso greets them and is enchanted with the little dog he calls Lumpito. The feeling is mutual; from that moment on, the two become soul mates. Lump loves David. But how can he show his master, and Picasso, that he is home at last?

Lumpito and the Painter from Spain is inspired by the true story of Picasso's love affair with a dachshund named Lump who came for a visit, refused to leave and became immortalized in a number of the artist's paintings and drawings.

Read and reviewed:
The Secret Scripture by Sebastian Barry (good Irish lit)
Cold River by Liz Adair (mystery and suspense)
Ashes in Twilight by Kassy Tayler (I loved this audiobook!)
The Keeper's Calling by Kelly Nelson (a fun time-travel tale)

Still reading:
Sixty Acres and a Bride by Regina Jennings
The Infinity Ring #1: A Mutiny in Time by James Dashner (with my daughter)
Silverwing by Kenneth Oppel (with my son)