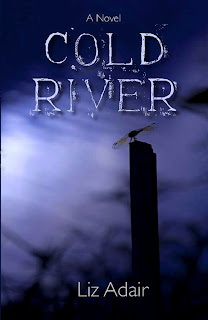 I was quickly pulled into this story and found that the suspense built right from the beginning. Dr. Mandy Steenburg accepts a position as superintendent of a remote school district in Limestone, but encounters hostility from the staff and townsfolk the minute she sets foot there. Old family feuds, people set in their ways, secrets, and respect for the former superintendent who they still look to for support make it hard on Mandy, but she works hard to make a difference, until it becomes clear that someone is trying to kill her and drive her out of town.

Mandy is a strong female character and I loved the way she took action to get things done. She's a flawed character and learns a few hard-earned lessons along the way. She's a quick learner and soon realizes that a newcomer in town needs to observe and get to know the folk before pouncing decisions on them. She sees the potential in others and doesn't hesitate to try new ideas. Grange Timberlain, the assistant superintendent is a character who baffled me throughout. He frowned, threw fierce looks at Mandy, spoke but a few words to her, and generally came across as a jealous stalker. Sometimes he creeped me out, so I was taken aback at his sudden change of character toward the very end of the story.

One of the reasons Mandy left her own city and accepted this job was because she was running away from a married man she was involved with. Soon after she arrives in Limestone, she is flirting with two other men and realizes a month later she's in love with a third one? This novel is considered romantic suspense but I did not find any romance between her and the man she ends up with. I enjoyed guessing who the killer was, and although many of the characters were suspicious because they were hostile, I knew who it was halfway through. The author cleverly disguised the person initially but then gave it away. There is a great cast of characters in this novel, and they all serve to build the suspense and move the story along.

This is a well-written suspense novel. Liz Adair's love of nature and the place where she lives is evident in her lush descriptions of the mountains, river and forests of northwest Washington. Compared to that, the book cover and title are unimaginative. However, the synopsis enticed me and I'm glad I gave this book a try. It was a good read.