Mailbox Monday meme is hosted by Marcia at The Printed Page. You should check out her blog and see what others have received and to play along. The Books Bought meme is hosted by Cindy at Cindy's Love of Books, where you list your books or bookish items bought either in a week or month or whenever. I am placing these memes together because I have also bought books online that I received in my mailbox. Yay! Double the fun! 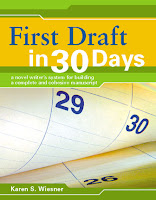 Many aspiring and experienced novelists throw out hundreds of pages (and waste valuable time) before they have a workable first draft of a novel. With First Draft in 30 Days, those days are over. In this guide, readers will find: A systematic method for completing a detailed first draft in just 30 days; Sure-fire methods to reduce time-intensive rewrites and avoid writing detours; Comprehensive, detailed and interactive worksheets to make the process seem less like work and more like a game; Flexible and customizable, this revolutionary system can be modified to fit any writer's approach and style.

This is a book I read about 25 years ago when I was...oh...about 5 years old...and it stayed with me because it was the first romance time-travel novel I read. When I mentioned it to my book club members, one of them said, "Hey, I read that book too...like 30 years ago!" Well, that started a frenzied search on the Internet to try to find this book whose title and author were forgotten. And then one of the members found it! And I ordered it from Amazon. It's about a young woman who dives into a pool and resurfaces in a lake in the middle of the night in Ohio in the year 1865. Sounds good already, huh?

I also bought at a book sale:

Synopsis from Amazon: While Galileo tangled with the Church, Maria Celeste--whose adopted name was a tribute to her father's fascination with the heavens--provided moral and emotional support with her frequent letters, approving of his work because she knew the depth of his faith. As Sobel notes, "It is difficult today ... to see the Earth at the center of the Universe. Yet that is where Galileo found it." With her fluid prose and graceful turn of phrase, Sobel breathes life into Galileo, his daughter, and the earth-centered world in which they lived.

The Two Princesses of Bamarre by Gail Carson Levine

Synopisis from Amazon: After stealing the hearts of middle-grade girls with her delightful Newbery Honor-winning Cinderella retelling, Ella Enchanted, Gail Carson Levine here creates a fairy tale of her own and gives it a characteristic grrrl-power twist. Twelve-year-old Addie admires her older sister Meryl, who aspires to rid the kingdom of Bamarre of gryphons, specters, and ogres. Addie, on the other hand, is fearful even of spiders and depends on Meryl for courage and protection. Waving her sword Bloodbiter, the older girl declaims in the garden from the heroic epic of Drualt to a thrilled audience of Addie, their governess, and the young sorcerer Rhys. But when Meryl falls ill with the dreaded Gray Death, Addie must gather her courage and set off alone on a quest to find the cure and save her beloved sister. Addie takes the seven-league boots and magic spyglass left to her by her mother and the enchanted tablecloth and cloak given to her by Rhys--along with a shy declaration of his love. She prevails in encounters with tricky specters (spiders too) and outwits a wickedly personable dragon in adventures touched with romance and a bittersweet ending. Young fans of princess stories will gobble this one up.

These are books that I won:

It was a fun week because none of these books are for review, only for pleasure! 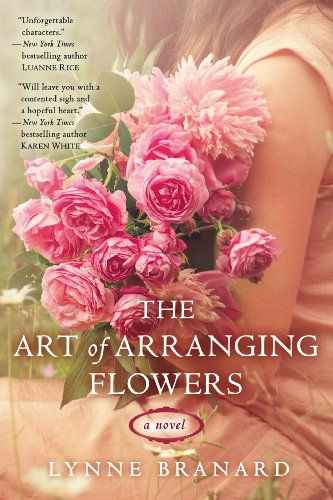