The Indebted Earl is the third book in the Serendipity & Secrets series by Erica Vetsch. I loved all the books and this one ended up being the best one for me. Check out my review and enter the giveaway to win a Kindle HD Fire!
Book Details:

Can Captain Wyvern keep his new marriage of convenience all business--or will it turn into something more?

Captain Charles Wyvern owes a great debt to the man who saved his life--especially since Major Richardson lost his own life in the process. The best way to honor that hero's dying wish is for Wyvern to escort the man's grieving fiance and mother safely to a new cottage home by the sea. But along the way, he learns of another obligation that has fallen on his shoulders: his uncle has died and the captain is now the Earl of Rothwell.

When he and the ladies arrive at his new manor house in Devon, they discover an estate in need of a leader and a gaggle of girls, all wards of the former earl. War the new earl knows; young ladies and properties he does not. Still wishing to provide for the bereaved Lady Sophia Haverly, Charles proposes a marriage of convenience.

Sophie is surprised to find she isn't opposed to the idea. It will help her care for her betrothed's elderly mother, and she's already fallen in love with the wayward girls on the Rothwell estate. This alliance is a chance to repay the captain who has done so much for her care, as well as divert her attention from her grief. When Wyvern returns to his sea commission, she'll stay behind to oversee his property and wards.

It sounds so simple. Until the stalwart captain is arrested on suspicion of smuggling, and Sophie realizes how much he's come to mean to her. Now she'll have to learn to fight, not only for his freedom but also for his love.
My Review:
Reviewed by Laura Fabiani
The Indebted Earl is the third book in the Serendipity & Secrets series by Erica Vetsch. I enjoyed the first book The Lost Lieutenant and I loved the second book The Gentleman Spy and this third one was the best out of all three for me. Such a great story! The books are all stand-alone so you can enjoy them in whatever order you read them.
This engaging historical romance features Lady Sophia Haverly, the sister of Marcus, the main character from the second book, who makes a short appearance in this one too. Sophia's fiancé Rich dies overseas of battle wounds. His naval captain and friend, Charles Wyvern, returns to England after the war ends and visits Sophia to fulfill his promise to Rich that he would take care of her and his mother. Charles unexpectedly inherits an earldom and becomes guardian to three young girls. Sophie and Charles agree to a marriage of convenience and their life suddenly becomes filled with so much possibility.
I loved the premise of this story that had not one dull moment in it. Vetsch does such an amazing job bringing both the main characters and the secondary characters of the girls and Mamie, the mother-in-law to life. Such good character development, with bits of humor interspersed throughout. The characters are realistic, flawed, and grow with the arc of the story. I was touched by several scenes in this book.
Vetsch writes very well with a good knowledge of the era and its language. The story moved along at a good pace and I could not help but want to read it quickly. I enjoyed it thoroughly from beginning to end.
A feel-good marriage of convenience tale that is sure to please fans of historical romance with a touch of Christian elements. I'm a fan of Erica Vetsch and eagerly look forward to her next book! 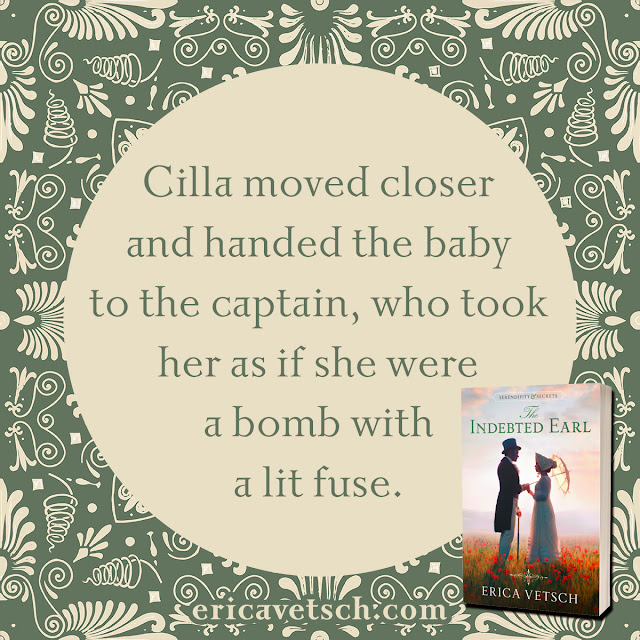 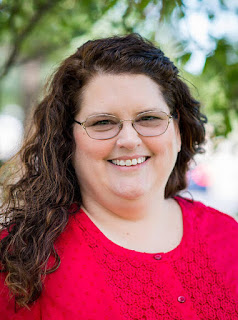 Learn more about Erica Vetsch and her books at www.ericavetsch.com. She can also be found on Facebook (@EricaVetschAuthor), Instagram (@EricaVetsch) and Pinterest (Erica Vetsch).
Enter the Giveaway!
Ends April 20, 2021