Nomad on the Run by Georges Benay (Review and Giveaway) 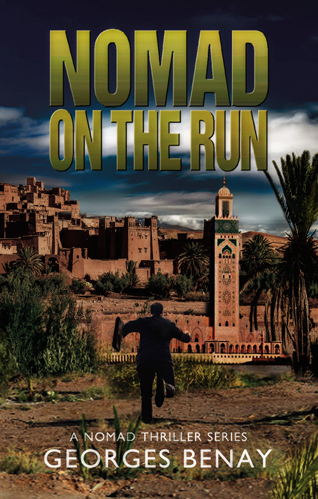 We're kicking off the tour today for George Benay's Nomad thriller series! Beneath the golden desert and azure seas of Morocco lurks a hidden world of greed, deceit and financial terrorism.﻿ Read Sandra's review and enter to win a copy of the series.

Beneath the golden desert and azure seas of Morocco lurks a hidden world of greed, deceit and financial terrorism. But the players are not who you might think. Lured away from his seemingly idyllic life as a managing director for a major international bank in Toronto, Eric Martin returns to his ancestral roots in Morocco.

Tempted by a mysterious offer from a boutique financial firm, Eric soon discovers he has walked into the middle of a whirlwind where everyone has their own secret agenda, and he unwittingly has become the key to unlocking them all. From the broad avenues of Toronto to the mean streets of Casablanca, Eric rushes to discover the truth before time runs out. But who can he trust?

The power and attraction of money is strong. In the midst of a dangerous cast of characters, Jeff Offenbach, bank president, knows more than he lets on. But how much does he know? Is he a key player in a scheme to terrorize the global economy, or is he just trying to save his firm from becoming another victim of the global economic collapse? Valerie is the unknown factor. Is she involved in the partners' machinations, or is she as guileless as Eric? Can he trust her? And more importantly, will he survive long enough to find out?


The prologue drew me in immediately – the Rock of Gibraltar, an Arabic-speaking watcher, the feel of faraway, exotic places, and an ominous atmosphere.

This is a very well-written thriller with a complex, sophisticated, creative plot. The author successfully builds the suspense and maintains the feeling that something sinister is imminent.

Eric Martin, a successful, if somewhat disillusioned bank director in Toronto, Canada, accepts a mysterious offer from a financial house in Morocco - "like a nomad in the desert, he heard the wind whisper in his ear of exotic places, new adventures, and a new life." Upon taking up his new post in Morocco, however, Eric quickly realizes that he has stepped into a situation where dangerous, greedy people dominate and where terrorism raises its ugly head. Who is El-Anouyi? Eric has cunning, calculating businessmen to deal with who are not what they seem.

The character development is first rate. Eric is a smart, savvy businessman, but not really a likeable character, although I have to admit that he grew on me by the end of the book.

The use of French words and phrases adds authenticity to the story as do the descriptions of Casablanca and its inhabitants.

There are a few expletives throughout the book and a brief sexual situation, but nothing at all explicit.

This is an exciting read for those interested in international intrigue, complex financial wheeling and dealing and terrorism. It's like reading the news.


Sandra's disclosure: Thanks to the author for sending me this book for review. I was not compensated in any other way, nor told how to rate or review this product. 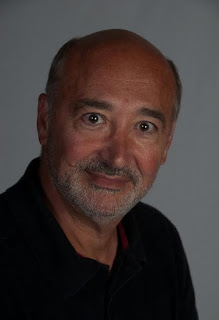