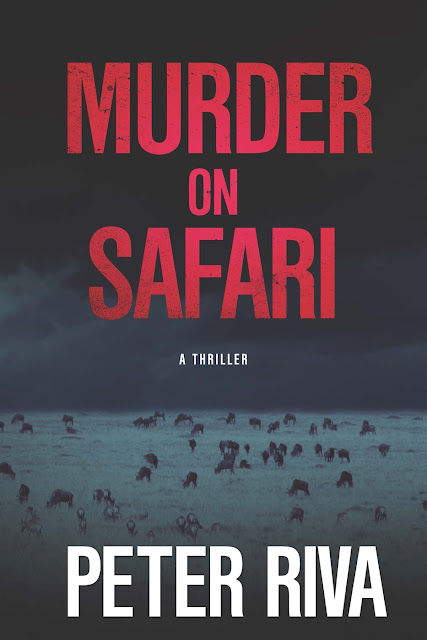 
Only a reality TV producer and an expert safari guide can stop a terrorist attack.

If you're looking for an intelligent thriller, one that will take you through the dusty, dangerous dirt roads of Africa as a TV filming crew fight to stay alive and stop a terrorist plot, then you must read Murder on Safari. Author Peter Riva introduces his readers to the real Africa, from his legendary guide in East Africa, Mbuno of Liangulu to the joys of filming wildlife. I was enthralled as I read this novel.

This is the third book I read by Peter Riva. The first two were of the sci-fi/cyberpunk genre which I enjoyed. They were The Path and Reaching Angelica. Riva takes on a different genre with this latest thriller series with his star protagonist Pero Baltazar, and I must say, he does it very well. Although very different from his sci-fi novels, there are certain elements that remain the same, such as Riva's attention to details, his vivid imagination, and a protagonist who is a smart-man-turned-hero in a time of crisis.

Riva creates a great cast of characters and unlike some thrillers where character development is sacrificed for the sake of non-stop action, adventure, and a complex plot, this is not the case here. Oh, there is plenty of action and adventure and the plot is good, but the characters are well developed with backstory to clue us into their motivations and actions. The characters are likable and Riva does not shy away from having them show emotions. For example, there is Heep, the master cinematographer who deeply feels responsible if someone is hurt while filming with him. Readers can relate to these characters. The theme of friendship is also strong in this book as it was in Reaching Angelica.

Furthermore, the setting itself is like a character because it is such an integral part of the story. As I said before, Riva shows us an Africa that is real, that is both majestic and terrifying. It is clear that his abundant experience in filming (he created a TV series in 1995 called Wild Things for Paramount that ran for 78 episodes) and in travel (he's traveled in over 60 countries) shines through in this novel. Riva includes details that only someone who has spent considerable time in Africa would know, not touristy stuff either. I loved it!

There are memorable and emotional scenes in this book: when Pero makes the decision to let the vultures hide evidence, when Mary has an encounter with a giant sea crocodile, when a tribe father takes action against his son, when Pero is ready to sacrifice his life to save thousands...such great scenes that make this more than just a good thriller.

A note on the main character's name Baltazar. It caught my attention because the first time I encountered that name was when I read Ben-Hur: A Tale of the Christ by Lew Wallace (first published by Harper & Brothers in 1880). Baltazar is the name traditionally assigned to one of the wise men (also known as the Magi or kings) who visited baby Jesus. Not sure if the author intentionally chose this name for his main character based on this meaning of the name or not. I just thought it was an interesting choice for a name.

I've already started digging into the second book The Berlin Package that features Pero Baltazar and Mbuno and I'm loving it. No surprise there. This time we are in Europe. If Riva uses his signature writing skills then I'm in for another fantastic read. Watch out for my review on May 17.

I highly recommend this thriller series.

Disclosure: Thanks to the publisher for sending me this book for review. I was not told how to rate or review this product. 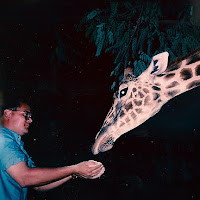