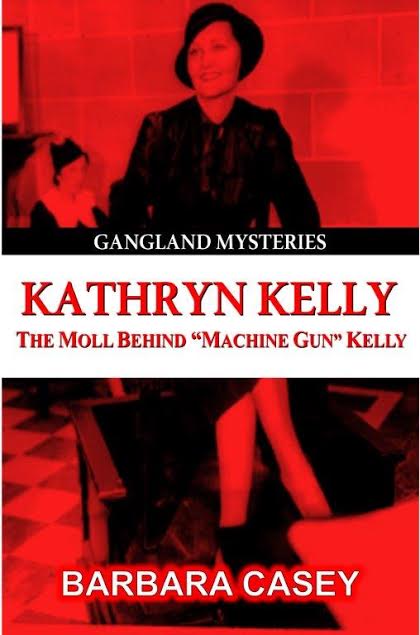 Kathryn Kelly: The Moll Behind "Machine Gun" Kelly is the first book ever written about a woman who chose to follow a life of crime during the Prohibition era.


Book Details:
Book Title:  KATHRYN KELLY: The Moll Behind "Machine Gun" Kelly by Barbara Casey
Category:  Adult non-fiction, 196 pages
Genre:  Biography / true crime
Publisher:  Strategic Media Books
Release date:  February 2016
Content Rating:  PG-13 (There are some expletives and descriptions of crimes, although nothing gory or too graphic)
Book Description:
Kathryn Kelly: The Moll Behind "Machine Gun" Kelly is a biography of the woman who made a career of crime. With a lust for danger, she masterminded the crimes that took her and her husband, and others who included her own mother and stepfather, on a spree across Minnesota, Tennessee, Oklahoma, and Texas. Starting with smaller crimes that included bootlegging, smuggling liquor onto an Oklahoma Indian reservation, and other petty crimes, she encouraged her husband, George Barnes aka George Kelly, toward a life of more serious criminal activity that eventually escalated into bank robberies, kidnapping and extortion.
Many believe that it was Kathryn, after giving him a machine gun, who developed George's feared persona and the name of Machine Gun Kelly. FBI Director J. Edgar Hoover was even convinced that the two were somehow connected in the Lindbergh kidnapping. Kathryn and Machine Gun Kelly were eventually captured after kidnapping Charles Urschel, a wealthy Oklahoma City oilman, and collecting a $200,000 ransom the largest ransom ever paid at that time.
​Eventually, the two were captured in Memphis, where Kelly had grown up as a boy. During their trial in Oklahoma City, movie cameras were allowed into the courtroom for the first time as curious spectators across the nation watched. Kathryn, while claiming to be an innocent victim in a bad marriage, remained unrepentant, smiling and primping for the cameras, and writing threatening letters to the judge and attorneys assigned to the case as well as her victims.
Convicted in 1933, Kathryn served twenty-five years of her life sentence at FPC Alderson, West Virginia, when in 1958 she was finally released into obscurity. Although much has been written about Machine Gun Kelly, there is very little known about Kathryn.
Through narrative, FBI files, rare quotes from George Kelly's son and other relatives and associates, extensive research, and several photographs, Kathryn Kelly ¬The Moll behind Machine Gun Kelly is the first book ever written about a woman who chose to follow a life of crime during the Prohibition era.
Buy the book:   Amazon   Barnes & Noble 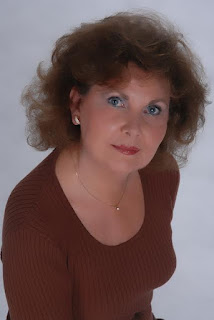 Barbara Casey is a partner in Strategic Media Books, and president of the Barbara Casey Agency, representing authors throughout the United States, Great Britain, Canada, and Japan. She is also a manuscript consultant and the author of numerous articles, poems, and short stories.
Her award-winning novels have received national recognition, including the Independent Publishers Book Award. Her novel, The House of Kane, was considered for a Pulitzer nomination, and The Gospel According to Prissy, also a contemporary adult novel received several awards including the prestigious IPPY Award for Best Regional Fiction. Her most recent young adult novel, The Cadence of Gypsies, received the Independent Publishers Living Now Award and was reviewed by the Smithsonian for its list of Best Books.
Ms. Casey makes her home on the top of a mountain in northwest Georgia with her husband and three dogs who adopted her: Benton, a hound-mix, Fitz, a miniature dachshund, and Gert, a Jack Russel terrier of sorts.
​Connect with the author:   Website