Mailbox Monday and It's Monday, What Are You Reading? for August 27

Posted by Laura at Library of Clean Reads on August 26, 2012 in Its Monday What Are You Reading? Mailbox Monday | Comments : 0 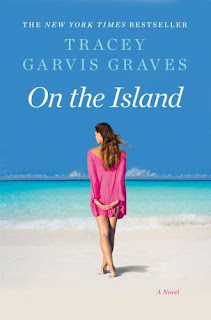 Two people stranded on an island struggle to survive—and slowly fall in love—in the runaway New York Times bestseller, now available with a reading group guide and a letter from the author. Anna Emerson is a thirty-year-old English teacher desperately in need of adventure. Worn down by the cold Chicago winters and a relationship that’s going nowhere, she jumps at the chance to spend the summer on a tropical island tutoring sixteen-year-old T.J. T.J. Callahan has no desire to go anywhere. His cancer is in remission and he wants to get back to his normal life. But his parents are insisting he spend the summer in the Maldives catching up on all the school he missed last year. Anna and T.J. board a private plane headed to the Callahan’s summer home, and as they fly over the Maldives’ twelve hundred islands, the unthinkable happens. Their plane crashes in shark-infested waters. They make it to shore, but soon discover that they’re stranded on an uninhabited island. At first, their only thought is survival. But as the days turn to weeks, and then months, the castaways encounter plenty of other obstacles, including violent tropical storms, the many dangers lurking in the sea, and the possibility that T.J.’s cancer could return. As T.J. celebrates yet another birthday on the island, Anna begins to wonder if the biggest challenge of all might be living with a boy who is gradually becoming a man. 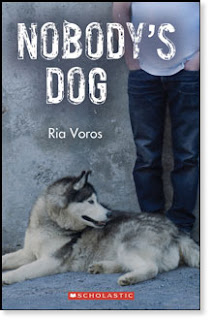 For thirteen-year-old Jakob, the summer is looking pretty bleak. His only friend has moved away and no one else seems to have any time for him — except the girl who lives downstairs. But she's a little weird. Then again, so is Jakob. A few months ago, he was in a car accident that killed both his parents, and though he can't remember exactly what happened, he can't stop turning it over in his mind. No wonder people leave him alone.

Then out of nowhere, a stray dog befriends Jakob. Together they begin to roam the city streets by night, discovering an exhilarating secret world where they can both taste a new kind of freedom. But as their nocturnal adventures take Jakob farther and farther away from the safety of home, the truth of that awful night begins to emerge.

Will he be strong enough to face it — and who will be there for him when he does?

Exploring the heartbreaking loneliness of grief with sensitive assurance, Nobody's Dog is a powerful and uplifting tale about family, love and survival, and finding friendship in the most unexpected places. 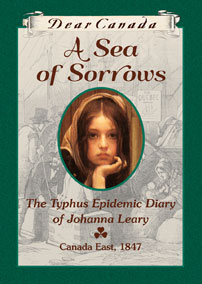 Dear Canada: A Sea of Sorrows by Norah McClintock

After a massive potato famine strikes Ireland, thirteen-year-old Johanna Leary flees to Canada with her family.

But typhus and other illnesses plague the "coffin ships," so named for the staggering number of immigrants who died enroute. One by one Johanna loses the members of her family — first her baby brother on the journey over, then her mother in the Grosse Isle fever sheds where sick passengers are quarantined when they reach the port of Québec, and her father soon after. Johanna has only her brother Michael left when she sets foot on Canadian soil.

When her brother is mistakenly told that she too has died, he sets off to find their uncle "somewhere in Canada," leaving Johanna to face a new life in a strange land... totally alone.

A Sea of Sorrows captures a dreadful time in history for those desperate, impoverished Irish families who hoped to make Canada their home. Johanna's incredible journey of survival is told with insight and sensitivity by master storyteller Norah McClintock. 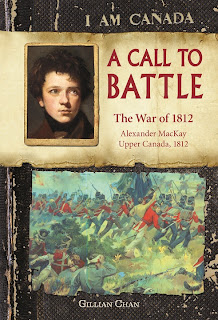 It's 1812. War has begun, and thirteen-year-old Alexander (Sandy) MacKay is jealous when his older brother Angus goes off with their father to fight the Americans attacking the Niagara region. Too young to know the darker side of battle, he resents being left to shoulder the work on his family's farm.

Itching to get in on the action, he sneaks away from home and heads to Lundy's Lane to join up with the local militia. But battle is imminent, and now there's not much his father can do except try to shield him from the worst of the fighting.

Sandy's idealized notions of what battle will be like are shattered when the man standing before him is killed by a musket ball and Sandy's own brother is severely wounded. At the battle of Lundy's Lane, the united Canadian/British forces turn the tide against the American troops, but Sandy comes to know how chilling war can be.

Just in time for the bicentennial of the War of 1812, A Call to Battle is a sobering look at the realities of war. Author Gillian Chan skillfully depicts the transformation of an impetuous young boy, full of boyish enthusiasm, into a more realistic young man who emerges on the other side of war.

Read and reviewed:
Overseas by Beatriz Williams (mixed feelings about this one)

Currently Reading:
On the Island by Tracey Garvis Graves (Un-put-downable!)

Still Reading with my daughter:
The Tale of Time Warp Tuesday by Susskind

Still Listening to:
The Drama Years by Haley Kilpatrick (enlightening)