The Rose and the Thistle by Laura Frantz (Review) 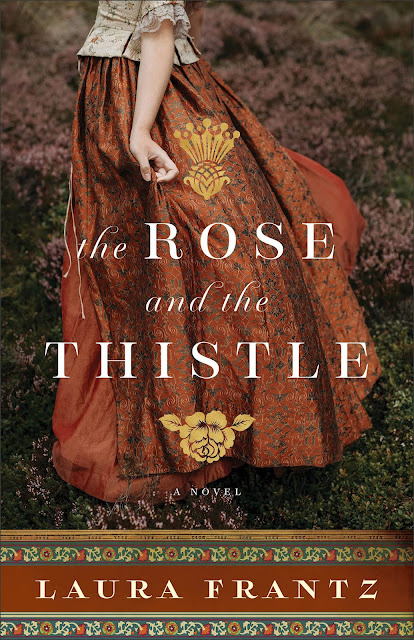 I really enjoyed this Scottish historical fiction romance! And that book cover....so beautiful.
Book Details:
Title: The Rose and the Thistle: A Novel by Laura Frantz
Category: Adult Fiction, 416 pages
Genre: Historical Romance, Historical Fiction, Inspirational Fiction
Publisher: Fleming H. Revell Co
Release date: January 3, 2023
Content rating: G
Book Description:
In 1715, Lady Blythe Hedley's father is declared an enemy of the British crown because of his Jacobite sympathies, forcing her to flee her home in northern England. Secreted to the tower of Wedderburn Castle in Scotland, Lady Blythe awaits who will ultimately be crowned king. But in a house with seven sons and numerous servants, her presence soon becomes known.
No sooner has Everard Hume lost his father, Lord Wedderburn, than Lady Hedley arrives with the clothes on her back and her mistress in tow. He has his own problems--a volatile brother with dangerous political leanings, an estate to manage, and a very young brother in need of comfort and direction in the wake of losing his father. It would be best for everyone if he could send this misfit heiress on her way as soon as possible.
Drawn into a whirlwind of intrigue, shifting alliances, and ambitions, Lady Blythe must be careful whom she trusts. Her fortune, her future, and her very life are at stake. Those who appear to be adversaries may turn out to be allies--and those who pretend friendship may be enemies.
My Review:
Review by Laura Fabiani
It's been a while since I read a very good Scottish historical fiction novel. Intelligently written, with a plot set during the Jacobite rebellion, The Rose and the Thistle is a slow-burn romance with a cast of likable characters and an interesting storyline.
Lady Blythe isn't the typical high society lady. She is a bookworm and a historian. She is also an only child and heiress to a large fortune. Lord Wedderburn, on the other hand, is the eldest of seven siblings, all brothers, with the youngest, Orin, being only eight years old. I think he was my favorite character.
After a bit of a slow start, the story picks up the pace when Lady Blythe escapes for her life in Scotland. She is hidden in Lord Wedderburn's castle tower and has a few good spats with him, she being English and he Scottish. Neither like the situation they are in. But it's hard to keep a lady hidden in a house full of men, and soon Lady Blythe's kindness seeps into Lord Wedderburn's life.
This was a good clean read. The author skillfully transports us to a time in Scottish history well-known for its succession of Jacobite risings. If you like well-written historical fiction without graphic scenes, this book is a very good read. And isn't that a beautiful book cover?
Disclosure: Thanks to the publisher for sending me this book for review. I was not compensated in any other way, nor told how to rate or review this product. 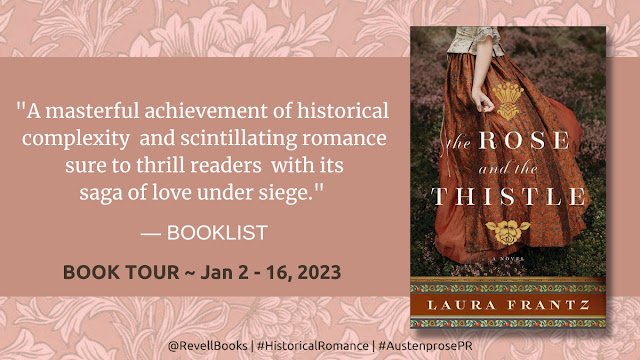 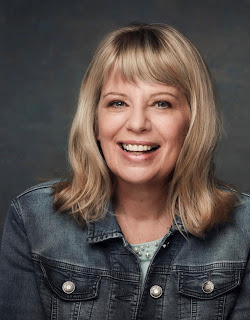 Christy Award-winning author, Laura Frantz, is passionate about all things historical, particularly the 18th-century, and writes her manuscripts in longhand first. Her stories often incorporate Scottish themes that reflect her family heritage. She is a direct descendant of George Hume, Wedderburn Castle, Berwickshire, Scotland, who was exiled to the American colonies for his role in the Jacobite Rebellion of 1715, settled in Virginia, and is credited with teaching George Washington surveying in the years 1748-1750. Proud of her heritage, she is also a Daughter of the American Revolution. When not at home in Kentucky, she and her husband live in Washington State.
Connect with the Author:
WEBSITE | TWITTER | FACEBOOK | INSTAGRAM | GOODREADS