The Nurse's Secret by Amanda Skenandore (Review and Giveaway!) 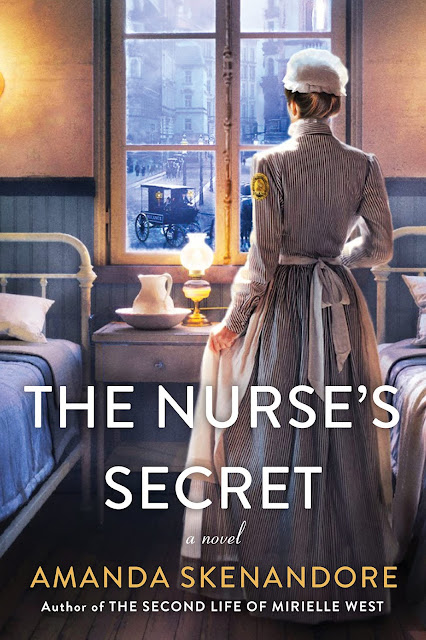 I love it when I find a new author that captivates me, that knows how to spin a good story with flawed realistic characters and a good historical setting. This is the first book I read by Amanda Skenandore and it won't be the last.
Book Details:

Book Description:
From acclaimed author and registered nurse Amanda Skenandore, The Alienist meets The Light of Luna Park in a fascinating historical novel based on the little-known story of America’s first nursing school, as a young female grifter in 1880s New York evades the police by conning her way into Bellevue Hospital’s training school for nurses…

In the slums of 1880s New York, Una Kelly has grown up to be a rough-and-tumble grifter, able to filch a pocketbook in five seconds flat. But when another con-woman pins her for a murder she didn’t commit, Una is forced to flee. Running from the police, Una lies her way into an unlikely refuge: the nursing school at Bellevue Hospital.

Based on Florence Nightingale’s nursing principles, Bellevue is the first school of its kind in the country. Where once nurses were assumed to be ignorant and unskilled, Bellevue prizes discipline, intellect, and moral character, and only young women of good breeding need apply. At first, Una balks at her prim classmates and the doctors’ endless commands. Yet life on the streets has prepared her for the horrors of injury and disease found on the wards, and she slowly gains friendship and self-respect.

Just as she finds her footing, Una’s suspicions about a patient’s death put her at risk of exposure and will force her to choose between her instinct for self-preservation, and exposing her identity in order to save others.

Amanda Skenandore brings her medical expertise to a page-turning story that explores the evolution of modern nursing—including the grisly realities of nineteenth-century medicine—as seen through the eyes of an intriguing and dynamic heroine.

“A spellbinding story, a vividly drawn setting, and characters that leap off the pages. This is historical fiction at its finest!” – Sara Ackerman, USA Today bestselling author of The Codebreaker’s Secret
My Review:
Reviewed by Laura Fabiani
I love it when I find a new author that captivates me, that knows how to spin a good story with flawed realistic characters and a good historical setting. This is the first book I read by Amanda Skenandore and it won't be the last.
Una Kelly is a young woman who had a rough childhood and who now survives as a con woman, pickpocketing and selling the stolen goods as a means of living. But one night, an encounter goes terribly wrong and she partially witnesses a murder that later she is accused of having committed. Una manages to escape and hide. Using all the skills and knowledge she acquired from the years of studying people and conning them, she succeeds in passing the interview to get into the nursing school at Bellevue Hospital. Although she never dreamed of being a nurse, the slums of New York City in the late 1800s became the school of hard knocks, that in some way paved the way and led her to a vocation that would build her character and heal the pain from her past.
I was captivated from the first page down to the last. Una was a multi-layered character, hardened by life's brutal lessons that she carried like a shield. She was quick-witted, resourceful, and a survivor. This made her partly selfish and able to spring back from failed attempts. But it also made for a lonesome life without honesty, love and altruism. Nursing helped Una understand responsibility, teamwork, and discipline. I loved how friendship and love were the positive forces for change in Una's life.
The Nurse's Secret had a good plot, great secondary characters, a bit of romance, a murder mystery, an excellent setting of a nursing school in 1880 NYC with its limited understanding of medicine, and a spunky heroine. I was engaged and entertained throughout. As a woman, I bristled at the disrespectful and insulting manner of doctors toward women's intellect. The pandemic has made my respect for the nursing profession increase a hundredfold. This book seamlessly exposes the beginnings of nursing as a respected profession, and how difficult it was to practice it among a dominant male-only mentality in the world of medicine. Kudos to the women who trumped these men!
Fans of historical fiction will be very pleased with this latest novel from Amanda Skenandore.
Disclosure: Thanks to the publisher for sending me this book for review. I was not compensated in any other way, nor told how to rate or review this product.
Buy the Book:
AMAZON | BARNES & NOBLE | BOOKS-A-MILLION | BOOKSHOP.ORG | INDIEBOUND | TARGET | WALMART
ADD TO GOODREADS 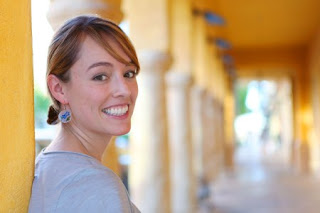 Amanda is the author of Between Earth and Sky, winner of the American Library Association’s 2019 Reading List Award for Best Historical Fiction, and The Undertaker’s Assistant, released from Kensington in July 2019.

She grew up in the mountains of Colorado and sang and danced her way through 68 cities on both sides of the Atlantic with the service organization Up with People before starting college. Her love of historical fiction started early with the stories of Kenneth Thomasma, Mark Twain, and Laura Ingalls Wilder.

When she’s not writing, Amanda works as an infection prevention nurse. She lives in Las Vegas with her husband and their pet turtle Lenore.

Amanda Skenandore is a historical fiction writer and registered nurse. Between Earth and Sky was her first novel. She lives in Las Vegas, Nevada. Readers can visit her website at
www.amandaskenandore.com. You can also find her on Facebook, Twitter, Instagram, BookBub, and Goodreads.