A Time for Mercy by John Grisham (Review) 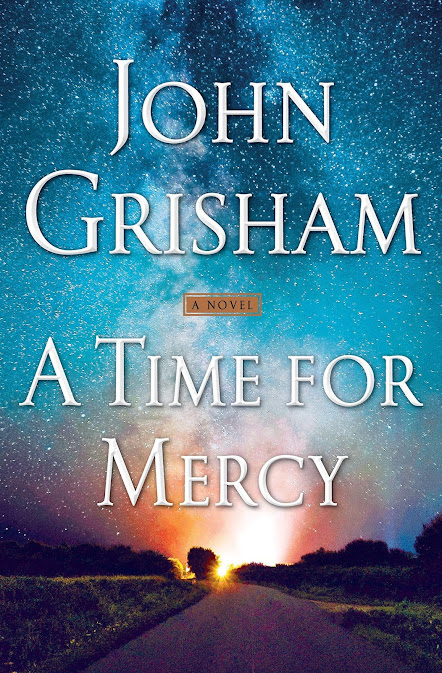 I was thrilled when Grisham goes back in time and writes a new novel featuring lawyer Jack Brigance.
Book Details:

Jake Brigance is back! The hero of A Time to Kill, one of the most popular novels of our time, returns in a courtroom drama that The New York Times says is "riveting" and "suspenseful."

Clanton, Mississippi. 1990. Jake Brigance finds himself embroiled in a deeply divisive trial when the court appoints him attorney for Drew Gamble, a timid sixteen-year-old boy accused of murdering a local deputy. Many in Clanton want a swift trial and the death penalty, but Brigance digs in and discovers that there is more to the story than meets the eye. Jake’s fierce commitment to saving Drew from the gas chamber puts his career, his financial security, and the safety of his family on the line.

In what may be the most personal and accomplished legal thriller of John Grisham’s storied career, we deepen our acquaintance with the iconic Southern town of Clanton and the vivid cast of characters that so many readers know and cherish. The result is a richly rewarding novel that is both timely and timeless, full of wit, drama, and—most of all—heart.

Bursting with all the courthouse scheming, small-town intrigue, and stunning plot twists that have become the hallmarks of the master of the legal thriller, A Time for Mercy is John Grisham’s most powerful courtroom drama yet.

There is a time to kill and a time for justice. Now comes A Time for Mercy.
My Review:
Reviewed by Laura Fabiani
About 30 years ago I read A Time to Kill, and was so taken with John Grisham's novel that I continued to read most of what he wrote throughout the 90s. So I was thrilled when Grisham goes back in time and writes a new novel featuring lawyer Jack Brigance, the same main character in a story set five year after his famous Hailey trial.
This time Jake Brigance is given a case no lawyer wants. He is assigned the case of defending Drew Gamble, a 16 year-old boy who shot a police officer in his bed and gave himself over after admitting he killed the officer. Grisham pulls the reader into the story almost immediately and I was riveted. The story starts with a bang as the emotional crime scene is played out, leaving me to wonder how Brigance is going to defend this boy.
As Grisham builds the characters and the complexities of their motives, along with their connections in a small town, the stakes are high and we really don't know how things will turn out. This is a book that made me emotional because I have a sixteen year-old boy. No case is ever clear cut even when the person doing the killing admits he did it. But why did he do it? Is it justified?
The book is long, and there is a bit of lag in the middle but then the speed gathers up as the court date approaches and we are kept in suspense until Grisham plays out the courtroom drama with all its details, making me hang on to every word as I watched it all play out.
It has been awhile since I read a novel by John Grisham and this one has reminded me why I used to love reading his books. A Time for Mercy is thrilling, emotional, suspenseful, dramatic and set in the 90s without all the technology we take for granted today. So refreshing. It is also thought-provoking, and has us pondering on what true mercy really is all about.
Note: There are three books featuring courtroom dramas by lawyer Jack Brigance, and I have yet to read the second one:
A Time to Kill (1989)
Sycamore Row (2013)
A Time for Mercy (2020)
Buy the book:
Amazon.ca
Add to Goodreads
About the Author:
JOHN GRISHAM is the author of thirty-five novels, one work of non-fiction, a collection of stories, and seven novels for young readers.