As a boy Frank Mederos's grandfather teaches him to fish, to navigate the seas, and to think for himself, much needed skills under the new Castro regime. When Frank is drafted into the army, he is soon promoted to the Special Forces, where he is privy to top military secrets. But young Frank has no sympathy for Fidel. He thirsts for freedom and longs to join his girlfriend who has left Cuba for America.

Frank yearns to defect, but his timing couldn't be worse. After two unsuccessful escape attempts, Frank learns that the departure of the next available boat conflicts with upcoming military exercises. If he stays, he will miss the boat. If he doesn't, he will be the object of a massive manhunt. Problems abound: How will Frank escape the army base without being seen? Where will he hide until the boat comes? How can he outwit his commanding officer? And how can he elude hundreds of soldiers ordered to bring him back "dead or alive"?

Frank's true story, a tale of love, loss and courage that will keep you on the edge of your seat until the last page is turned.

I've been to Cuba several times on vacation. Twenty-three years ago I even stayed a week with a poor Cuban family and that's when I first discovered how oppressed the people were under the communist rule of Fidel Castro. For this reason I was keen on reading The Boy Who Said No. I'm so glad I did because I loved it and consider it one of the best books I've read this year.

This is Frank Mederos' true life story as he told it to Patti Sheehy who wrote the book. And what a story it is! We meet Frank when he is a boy, spending time fishing with his wise grandfather. And through his eyes, we see how Cuba transforms in the 1960s through Castro's regime. Frank is a bright boy and he excels at school. This leads him to be chosen for various government programs meant to train the young ones under the communist regime. He is drafted in the army and promoted to Special Forces and becomes one of their star soldiers. However, his grandfather and parents have taught him to think for himself and he does not believe Castro's propaganda.

Frank falls in love with Magda and we experience the angst, beauty and torture of first-love. When Magda and her family leave for America he wants to escape to be with her. This part of the story was suspenseful and thrilling as Frank uses all his training, skills and wits to escape. The chances are slim as many Cubans died trying to cross to international waters, but Frank uses his leadership skills too. At 19 years-of-age, I was amazed at his intelligence, quick-thinking, goodness, courage and maturity that I fell in love with him too.

Patti Sheehy does a excellent job of bringing to life the Cuban culture and Frank's experiences as a teenager. There was never a boring moment in this book. I had tears several times as I read it, especially at the end. And I was happy to learn of the sequel Stalked that I promptly purchased as soon as I finished this book.

Disclosure: I received a Netgalley copy and I also bought a Kindle copy. I was not compensated in any other way, nor told how to rate or review this product. 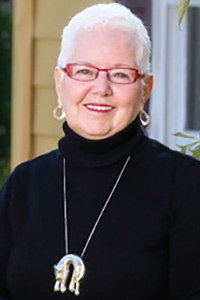 Patti Sheehy is a graduate of Rider University and has spent her career in public relations and marketing as an executive in marketing and communications, primarily in the health care industry. She lives with her husband, Robert Hunter, in Haddon Heights, New Jersey. The Boy Who Said No is her first novel and while writing it, she worked closely with the real-life protagonist, Frank Mederos.