A Child Lost by Michelle Cox (Review and Giveaway!) 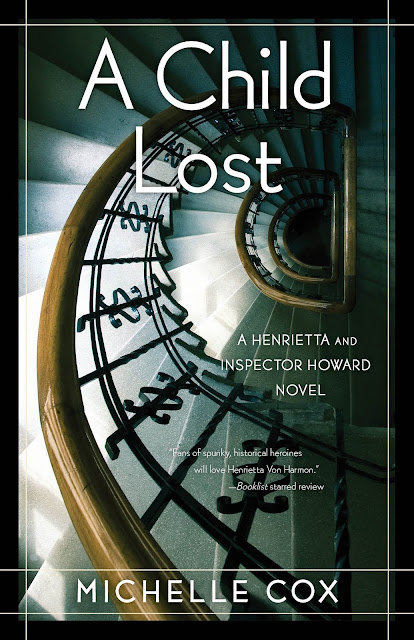 So far I have read all five books in the Henrietta and Inspector Howard series and this one is my favorite!

A spiritualist, an insane asylum, a lost little girl . . .

So far I have read all five books in the Henrietta and Inspector Howard series and this one is my favorite! It has all the characters I have come to know well, an excellent mystery with a great twist and, of course, the 1930s Chicago setting. But what I loved the most is how the author has fleshed out, even more, the characters of our dynamic sleuthing duo, Henrietta and Clive. We get to see more of their vulnerable sides within the context of the realities of married life.

There is not a dull moment in this book. Cox's characters are so well portrayed in their physical traits, their manner of speech, their actions, their personalities as well as through their dilemmas and moments of joy. Cox sure knows how to create characters that are memorable and distinct. And they stay true to character throughout the story or series.

This book did not end in a cliffhanger as did the previous one, but there is room for more adventures for our sexy couple, and I'm now eagerly awaiting the next book in the series. Michelle Cox is a gifted storyteller and she is now on my list of favorite authors!

Disclosure: I was sent a review copy by the author. I was not told how to rate or review this book.

ENTER THE GIVEAWAY!
Ends May 18