I'm happy today to showcase the last volume in The Marriage of Miss Jane Austen trilogy. I read and enjoyed the first two books. You can read my review of Volume I and Volume II. I couldn't commit to reading this last volume at this time, but I wanted to spotlight it during its blog tour.

In the moving conclusion to “The Marriage of Miss Jane Austen,” Jane and her husband struggle with the serious illness of their son, confront a bitter relationship with the aristocratic family who were once their friends and face the horrific prospect of war when the British Army falters on the continent. The momentous events of the Napoleonic wars and the agonizing trials of their personal lives take Jane and Ashton to a decision that will decide their fate—and her future—once and for all.

Praise for The Marriage of Miss Jane Austen Series

Hemingway again displays his notable ability to recreate time and place, moving on from the heady days of Jane Austen’s early love to a marriage beset by difficulties and a country at war. Hemingway … vividly and authentically portrays the times. … [T]his is a lively, compelling read, [a] sobering but moving finale to Hemingway’s successful trilogy. —BlueInk Review

Immensely satisfying … Marriage is lively, compelling, and fun. … [Her] relationship with her husband Ashton still sparkles. Marriage is a lovely ode to their connection. … Hemingway has combined Austen’s humanity with her fiction and created a Jane that lives and breathes on the page. Audiences will want her to be real… It offers a wonderful, imagined alternate life for the well-loved author. —Claire Foster, Foreword Review

Why a Courtship and Marriage for Jane Austen?


My interest in Jane Austen goes all the way back to university and a cherubic 18th Century literature instructor, Dr. Duncan Eaves. An admirer of Jane Austen, he was also an expert on novelist Samuel Richardson, the poet Alexander Pope, and every other literary light of the century.

Courtship novels did not lend themselves to the investigation of the deepest feelings of the heart or the substance of life. Consequently I characterized Austen as a brilliant but superficial writer. I had married young, become a father, and was struggling financially. I knew, in my early twenties, that courtship and marriage were radically different things. Austen’s books, I told Dr. Eaves, ended where they should have begun: with marriage.

We had many energetic exchanges. Dr. Eaves told me to come back and read Austen every ten years or so. Women were not allowed to write serious novels in the early 1800s—indeed, even through the 1800s. As I gained experience in life, he said, I would see more of life woven into the fabric of her work and less of the comedy of manners. Over time, his prediction came true. Austen was something of a guerrilla writer. She pushed the bounds of convention, and likely her own sense of propriety, by addressing substantive issues obliquely—premarital sex and the slave trade, to mention two important ones.

Even the delightful Emma, with its breezily misguided protagonist, manages to provide “perfect happiness” for a scandalous situation, which is the illegitimacy of Emma’s friend Harriet. Her being a “natural” daughter turns out not to be nearly as important as whether her father was a gentleman, as Emma supposes, or a tradesman, as turns out to be the case. The daughter of a gentleman would be able to marry higher.

Novels in Austen’s day often addressed the question of a lady’s virtue before marriage but never seriously addressed other matters of consequence, before or after the wedding. Austen’s secondary characters are the ones involved in dubious—thus consequential—activities. She often leaves open the question of future happiness for them. The main characters, however, live (readers assume) happily ever after.

The Marriage of Miss Jane Austen is my solution to the questions that began decades ago as a graduate student. I wanted to bring the more serious issues of her day out of the background and into the light, as part of the protagonist’s own experiences. I wanted to show how a woman of Austen’s intelligence, passion, and independence would respond when she must directly address those issues. The answer was to throw the female lead into the exciting, chaotic world of the Regency era.

These are all the personal reasons that I’ve been drawn to Jane Austen as a character. In many ways, she represents an intelligent woman’s fight for independence in a society structured to keep her dependent.

In this trilogy, I am able to liberate her to become a whole woman capable of fulfilling her life’s dreams. I can engage her in issues from which she otherwise would have been excluded. I can throw the best and worst of her time at her and see how she responds. By testing her mettle, I can draw a deeper and more honest portrait of her character than is otherwise possible.

A modern Austen editor said that most people read biographies to try to get as deep inside the mind of the author as they can. With Austen, there’s no biographical record of her innermost thoughts. No journals. No letters beyond the superficial. This trilogy is my way of trying to plumb her heart and soul, and bring her inner life to the public. 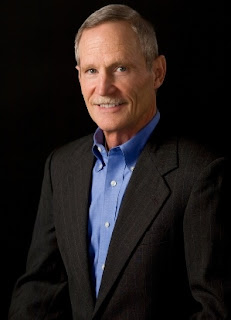 Collins’ passion for literature, history, and science enable him to create complete, sharply drawn fictional characters fully engaged in their complex and often dangerous worlds. His fiction is shaped by the language of the heart and an abiding respect for courage in the face of adversity.

As a nonfiction book author, Collins has investigated topics as diverse as corporate culture and ethics; the Internet and mobile technology; the ins and outs of the retail trade; and the cognitive potential of the brain. Best known for the #1 best-selling book on business and technology, Business @ the Speed of Thought, which he co-authored with Bill Gates, he tackles challenging topics with clarity and insight, writing for the intelligent but nontechnical reader. 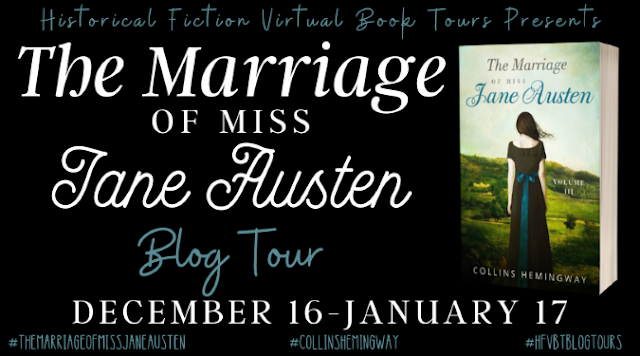 – Giveaway ends at 11:59 pm EST on January 17th. You must be 18 or older to enter.
– Paperback giveaway is open to the US only.
– Only one entry per household.
– All giveaway entrants agree to be honest and not cheat the systems; any suspicion of fraud will be decided upon by blog/site owner and the sponsor, and entrants may be disqualified at our discretion.
– The winner has 48 hours to claim prize or a new winner is chosen.