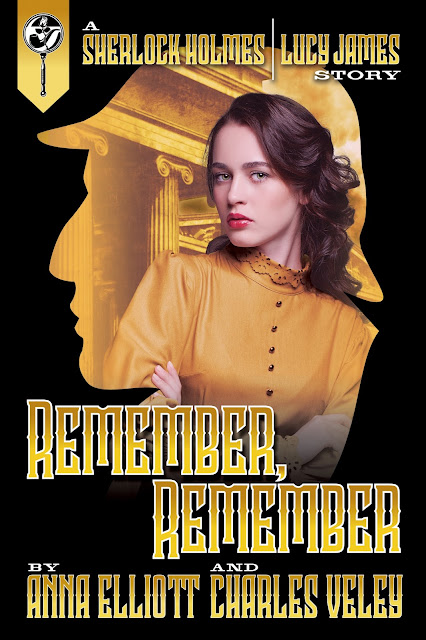 I was curious and eager to dig into this new Sherlock Holmes and Lucy James Mystery series and was pleasantly surprised by how much I enjoyed it.

The game's afoot in this fast-paced Victorian mystery! A lovely young American actress has a major problem. It's a cold morning in 1897 when she awakens outside the British Museum, lying face down on the concrete pavement. She has no memories. She does not even know who she is, although she has a vague recollection of the name Sherlock Holmes. She thinks she may have just killed someone, and she knows someone wants to kill her. As she searches for clues to her true identity, she will learn that she is not the only target. Unless she can defeat her evil adversaries, the people most dear to her will die.


Scroll up and click to read the latest in the exciting new Sherlock and Lucy series! This novel takes place after The Wilhelm Conspiracy.

The optimal reading order of the Sherlock and Lucy books is:
The Crown Jewel Mystery
The Last Moriarty
The Wilhelm Conspiracy
Remember, Remember
The Jubilee Problem
Death at the Diogenes Club

I've always liked Sherlock Holmes, both as a kid when I was introduced to him through Arthur Conan Doyle's books and then through the British TV drama series on Netflix. I was curious and eager to dig into this new Sherlock Holmes and Lucy James Mystery series and was pleasantly surprised by how much I enjoyed it.

I wasn't aware that Remember, Remember is actually Book #3 in the series, but these books can very well be read as stand-alone novels. I did not feel that I missed anything. Actually, because the main character lost her memory, it was even more of a mystery as to who she was, seeing that I had not read any of the previous books.

In this installment, the main character has amnesia and has to figure out who she is and why she feels that she's in danger. She meets a police detective and other memorable characters and as her memory slowly returns we unravel the mystery along with her. I love historical fiction and this book takes place in 19th century London. I was intrigued and pulled in right from the start and I loved Lucy's character. She was brilliant, brave and independent.

The dialogue is witty and both Sherlock and Lucy's deductive sleuthing is smart and fun. I was thoroughly entertained as I quickly read through the pages. The inclusion of 8-year-old street-smart Becky made the story touching even as it was action-filled and adventurous. The blossoming romance in the story did not overshadow the mystery element but enhanced the storyline, in my opinion.

I am so pleased to have discovered this entertaining cozy mystery series, that I am now looking forward to reading the rest of the books. If you like historical fiction, cozy mysteries and are a Sherlock Holmes fan, then this series is a perfect addition to your reading list.

Disclosure: Thanks to Smith Publicity for sending me this book for review. I was not compensated in any other way, nor told how to rate or review this product. 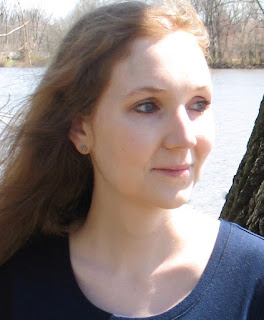 ANNA ELLIOTT: The daughter of two English literature PhDs, Anna Elliott grew up in Connecticut in a house filled with books. She is a longtime devotee of historical fantasy and fell especially in love with Arthurian legend and Celtic history while at university. Anna now lives in the Washington, DC, Metro area with her husband and two daughters. She likes Jane Austen, British TV, Castle, Firefly, The Big Bang Theory, sewing toys for her children, and rainbows and unicorns, especially those drawn by her daughters. Mosquitos love her. 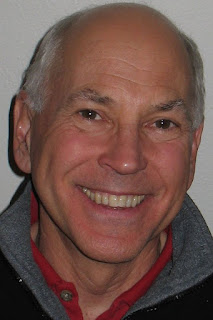 CHARLES VELEY has loved Sherlock Holmes since boyhood. As a father, he read the entire canon to his then-ten-year-old daughter at evening story time. Now this very same daughter, grown up to become historical novelist Anna Elliott, has worked with him to develop seven new adventures in the Sherlock Holmes and Lucy James Mystery Series! The sixth volume in the series, "Death at the Diogenes Club," is now available for pre-order in Kindle, and will soon be available in paperback and audiobook formats. You can see more on the series website: www.sherlockandlucy.com

Other than the Sherlock and Lucy series, all the books on his Amazon Author Page were written when he was a full-time author during the late Seventies and early Eighties. He currently works for United Technologies Corporation, where his main focus is on creating sustainability and value for the company's large real estate development projects.

Charles is also a fan of Gilbert & Sullivan and wrote "The Pirates of Finance," a new musical in the G&S tradition that won an award at the New York Musical Theatre Festival in 2013.