So it's back to school and back to waking up early for my kids. Although they are teens now and love sleeping in, my kids were never early birds but more like night owls, and you guessed it: they wake up grumpy. I loved both of these children's books because they address how to deal with that grumpy person in your life.:-) 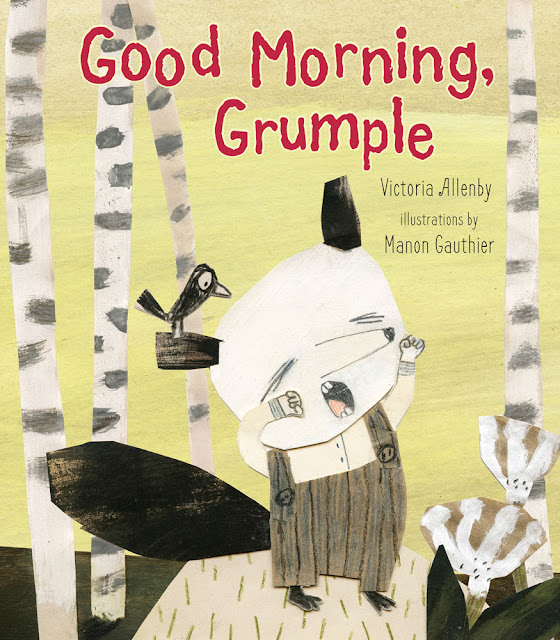 Not every child greets the new day with enthusiasm. Those who don’t are called Grumples, and they must be dealt with carefully. Sing very softly, tickle one pinky toe, kiss the scrunched-up forehead. And then a big hug and a singing rhyme to see in the day. Even Grumples cannot resist.

There are many going-to-bed books, but Good Morning, Grumple is a unique look at the celebration of morning. Manon Gauthier’s endearing collage illustrations capture the love between a mother and child, even in cranky moments. Parents will find Victoria Allenby’s droll story in verse to be a perfect accompaniment to the beginning of the day, and a gentle way to turn their own Grumples into children again.

My son and I thought this book was absolutely adorable. And of course, we could both relate! He the grumpy morning kid who needed singing, caresses and hair ruffling before he staggered out of bed, and me trying to come up with gentle ways to wake him up for school.

The book uses rhyming verse as it tells of a mother who awakens her grumpy little one to a new day of sunshine and discovery. It is humorous, delightfully told and fun to read. It celebrates the love between a mother and her child. It makes difficult mornings easier to face. It made my son and I smile as we read it.

The illustrations which were created with paper collage and mixed media seemed almost 3D on some pages. They really popped out of the book. They looked like they've been drawn by a child, however. They were in earth toned colors, mainly browns, black, taupe, tan, beige. My son wasn't crazy about them. He loves art, drawing and coloring, even as a teen, but these child-like drawings by an adult (he would have been okay had they been drawn by a 5 year-old) did not appeal to him.

This book is perfect for little "grumples" who have a hard time getting up in the morning, and a good reminder to be creative and patient for parents whose job it is to make that transition smooth in the morning.

Victoria Allenby has been writing poetry and stories for as long as she can remember. Her debut picture book, Nat the Cat Can Sleep Like That, won the 2014 Preschool Reads Award and was nominated for the 2015 SYRCA Shining Willow Award. She has followed up the success of this debut with the critically acclaimed early reader Timo’s Garden and, in 2016, the lively picture book Rhino Rumpus. Victoria lives in Toronto, Ontario. Victoria’s website 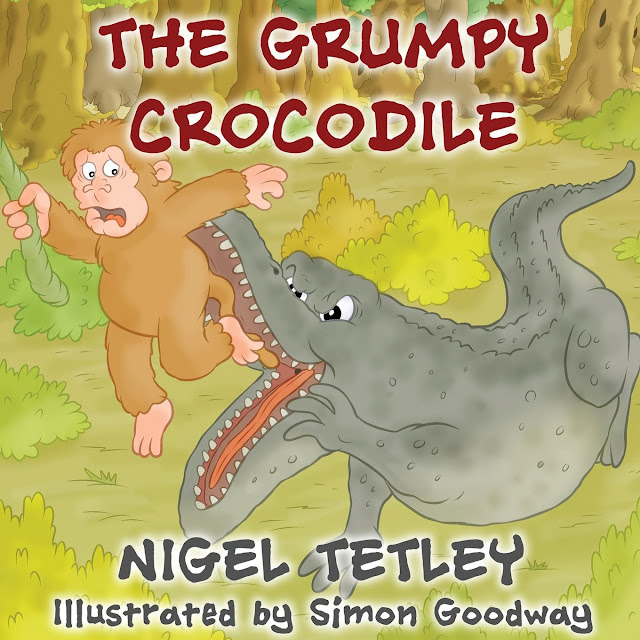 What are the jungle creatures to do about a bad-tempered crocodile who is making their lives a misery because of his constant oversleeping? Find out in this amusing rhyming story for young readers.

The Grumpy Crocodile is a fun and amusing tale of a crocodile who makes the lives of the other jungle animals miserable when he oversleeps and wakes up grumpy, hungry and cold. But the animals put their heads together and devise a plan to solve this problem.

The book uses rhyming verse and is full of emotions describing the actions of a ferocious crocodile that is sure to catch the attention of young readers. The croc can be likened to a bully. The other animals are afraid of him but also want to play with him and figure out how to appease him. They use discernment to discover what is making the croc so grouchy and scary, and then work together to help the croc.

Teamwork, friendship and problem-solving are good themes to explore when reading this fun story aloud to children. Oversleeping rather than getting a good and fresh start to the day, is also a good lesson learned. The watercolour illustrations by Simon Goodway are simple and cute and depict the story well. Overall, a fun book with good themes! 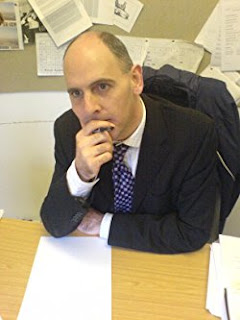 Since qualifying as a Religious Studies teacher in 1989, Nigel Tetley has worked in a variety of schools, spanning middle and secondary age groups in both the State and independent sectors. At the beginning of his teaching career, he also spent a year in Greece teaching English as a second language. In 2001, he started writing children's poetry at the suggestion of a colleague. Since then he has also written the texts for three carols: 'Alchemy,' 'Snow,' and 'The Way of Paradox.' (Encore Publications, 2006.