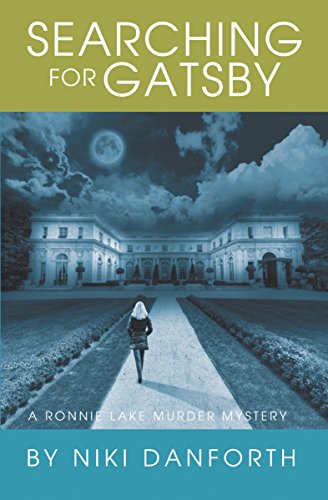 When a first edition valued at half a million dollars goes missing, everyone becomes a suspect.

He’s handsome, wealthy, and oh so mysterious…but you can’t judge a book by its cover, right?

A fifty-something divorcée turned private eye, Ronnie Lake turns the pages on her current case with her beloved German shepherd at her side. Adultery, betrayal, and romance are the main characters until murder steals the scene and plunges her into the exclusive world of rare book collecting.

When a priceless first edition vanishes, everyone becomes a suspect...and a target. But a literary shocker speaks volumes about an historic book series - curiously lost to time - that holds the key to it all.

Be sure to enjoy the eBook bonus prequel to Ronnie Lake’s story in the first several chapters of "Stunner" and the beginning of "Delilah!"


Reviewed by Sandra Olshaski
I reviewed Stunner: A Ronnie Lake Mystery by this author a few years ago and I must say, she hasn't lost her appeal! While this is a stand-alone novel, it's helpful to read the two previous books that introduce some of the characters found in this tale.

This is a fast-paced, exciting mystery with twists and turns that keep the reader turning the pages. It's written in a smart, contemporary style, with most of the action taking place at an upscale venue. It's all about expensive cars, expensive purses and the wherewithal to collect rare books. It includes robbery, murder, and a love angle in connection in the search for a rare book. The creative plot involves pages containing cryptic letters and the numbers 1944 hidden inside a dog toy.

The characters are well developed.  Ronnie is sophisticated, funny, and warm as well as a skillful, determined investigator. And she's not beyond being attracted to the proverbial handsome, older man. Who can resist her monologues with a picture of Sean Connery, aka James Bond in her bathroom? "It's the only picture hanging on my bathroom walls because a chat with my favourite spy while soaking in the tub is one of my preferred ways to unwind." And the music that somehow always mirrors the situation she is about to face.

My favourite characters, however, are Peachie, a terrier that Niki rescues, and Warrior, a retired German shepherd war dog who is a veteran of Afghanistan. He is one of the characters introduced in the author's first novel .

Despite some mild language peppered throughout the story, this is essentially a clean read that will capture the interest of mystery buffs and romantics alike.

Niki Danforth, daughter of a Cold War covert intelligence officer, has the "thriller/adventure" gene in her DNA. After a career as a successful TV/video producer and director in New York, this empty-nester is picking up her first love of suspenseful mystery books and recreating herself as an author in the genre. Danforth lives in the New Jersey countryside with her husband and two drama-queen dogs. She is hard at work writing her next book.

You can also follow Danforth on Facebook at "Niki Danforth Author" where she loves to review her favorite books, movies and TV shows.