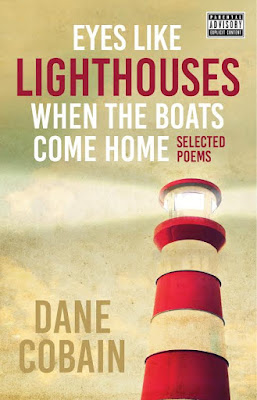 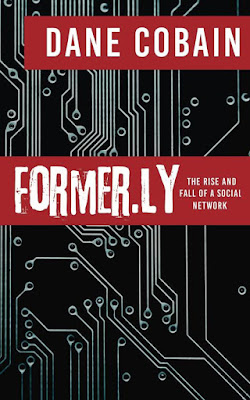 Today I'm spotlighting the literary works of Dane Cobain, a talented UK author who is a poet, musician and writer. Here are two of his books. He also wrote a poem especially for Library of Clean Reads. He asked me to give him five random words and he would write me a poem using them. Well, I tossed these five words his way: sunshine, scarf, lion, impulsive, peach. Scroll down to see the poem he created! Tell me what you think.

But first, here's some info on his books:

Eyes Like Lighthouses is Dane Cobain’s first book of poetry, distilled from the sweat of a thousand memorised performances in this reality and others. It’s not for the faint-hearted.

“I’ve never seen anyone do a stream of consciousness piece as talented as that. Very impressed.” – Mark Allard-Will, author of Saskatch-A-Man and co-founder of Cuckoo’s Nest Press

“Dane’s poetry is a multi-layered spiral of the macabre, quirky humour and disjointed imagery. Not only does he make you think, he captures the small forgotten moments of everyday life.” – Nikki Dudley, co-editor of Streetcake Magazine


Former.ly: The Rise and Fall of a Social Network

When Dan Roberts starts his new job at Former.ly, he has no idea what he's getting into. The site deals in death - its users share their innermost thoughts, which are stored privately until they die. Then, their posts are shared with the world, often with unexpected consequences.

But something strange is going on, and the site's two erratic founders share a dark secret. A secret that people are willing to kill for.

So here's the poem Dane created with these five words I sent him: sunshine, scarf, lion, impulsive, peach.

Roll Up, Roll Up

I don’t have much talent
and I can’t bend my body
or fly through the air
without hurting myself,
and I can’t tame a lion
or ride a unicycle;
I don’t even like kids,
because they’re sticky
and not yet finished,
they won’t discuss Nietzsche
with anyone.

I can’t smash watermelons
in the sunshine,
but people stare
when I cross the road
and nearly get runover,
hey that’s gotta be worth some currency
from someone or other.

My friends think I’m impulsive,
a compulsive flunkie
with too many fingers
in too many pies;
I can see the fire in their eyes
when they lie to me,
they try to blind me
with ice cream
and too many trees
to see the forest.

They say life is a peach
with a stone in it,
and I broke my teeth
when I was seventeen;
now I’m choosing life
over anything,
so I scarred my scarf
and put my gloves
on a burning bush,
like a snowman
melting
in the sunshine. 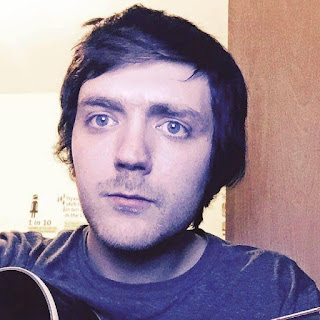 Dane Cobain (High Wycombe, Buckinghamshire, UK) is an independent poet, musician and storyteller with a passion for language and learning. When he’s not in front of a screen writing stories and poetry, he can be found working on his book review blog or developing his website, www.danecobain.com. His debut novella, No Rest for the Wicked, was released in the summer of 2015.