Like a River From Its Course by Kelli Stuart (Review and Kindle Prize Pack Giveaway!) 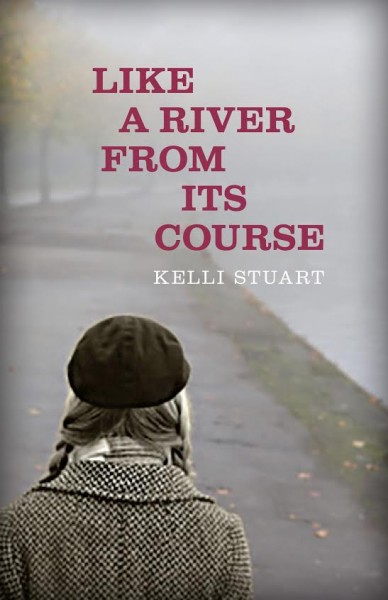 Without a doubt, this book has made it on my list of Best Reads for 2016. It is powerful, riveting and compelling. It is heartrendingly beautiful in its portrayal of family and kindness.

Genre: Historical Fiction , 352 pages
Publisher: Kregel Publications
Release Date: June 27, 2016
Content Rating: PG-13 + M (There is no profanity or sex scenes, but there is a rape scene and other horrific war atrocities that are described)

An epic novel exposing the ugliness of war and the beauty of hope.

The city of Kiev was bombed in Hitler's blitzkrieg across the Soviet Union, but the constant siege was only the beginning for her citizens. In this sweeping historical saga, Kelli Stuart takes the reader on a captivating journey into the little-known history of Ukraine's tragedies through the eyes of four compelling characters who experience the same story from different perspectives.

Frederick Hermann is sure in his knowledge that the Führer's plans for domination are right and just. He is driven to succeed by a desire to please a demanding father and by his own blind faith in the ideals of Nazism.

Based on true stories gathered from fifteen years of research and interviews with Ukrainian World War II survivors, Like a River from Its Course is a story of love, war, heartache, forgiveness, and redemption.

Like a River from Its Course is simply unforgettable, a journey through the lives of  four individuals and their families touched irrevocably by WWII in Ukraine. As I sit here contemplating what to write in my review, I think how can my words do this book justice? How can it relate the vast array of emotions I felt reading it? I was both deeply touched and horrified by the events that the characters experienced. I cried and had to put the book down on several occasions, but I also rejoiced at the bravery and love displayed at a time of fear and depravity.

Every page in this book had me riveted. There was never a dull moment. Stuart has written a tour de force, easily pulling me into the world of these characters who have experienced circumstances and horrors, made more powerful by the knowledge that the author had meticulously researched them through the real-life accounts of Ukrainians who've lived them.

The story is told through the point of view of four characters, one of which is the son of one of the top Nazi leaders. I think this is what I loved the most about this novel. It showed all sides of the war, from the Ukrainians to the Germans. Truly, there is evil and goodness on both sides and what stands out is the integrity of each human, no matter their nationality. The stories are brutally honest and as a reader I was invested in all of them.

I've read many books on the Holocaust, and I like the ones that tell the unknown stories. I'm amazed that this is Stuart's first novel. Her characters are compelling, the setting vivid and the plot well executed. All the character had distinct voices and I thought it brilliant how we get to see the war through the eyes of very different individuals, from young Maria to idealistic Frederick.

Without a doubt, this book has made it on my list of Best Reads for 2016. It is powerful, riveting and compelling. It is heartrendingly beautiful in its portrayal of family and kindness. It is a book I will talk about for a long time, recommending it to my friends and book lovers. This one is definitely a must-read and I hope it gets the recognition it deserves!


Disclosure: Thanks to the publisher and Litfuse for sending me this book for review. I was not compensated in any other way, nor told how to rate or review this product. 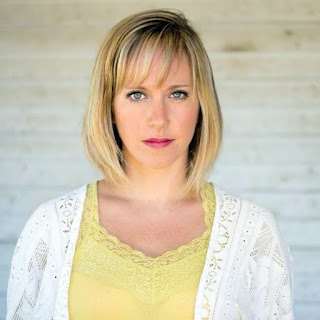 Kelli Stuart is the coauthor of Dare 2B Wise and has written for several brands including Disney, American Girl, and Short Fiction Break. She has served as editor-in-chief for the St. Louis Bloggers Guild and as a board member for the St. Louis Women in Media. In addition to her writing, Kelli has spent twenty years studying Ukranian culture. Kelli lives in Florida.

Travel back in time in Kelli Stuart's new novel, Like a River from Its Course, as the city of Kiev is bombed in Hitler's blitzkrieg across the Soviet Union. This sweeping historical saga takes the reader on a captivating journey into the little-known history of Ukraine's tragedies through the eyes of four compelling characters who experience the same story from different perspectives. Based on true stories gathered from fifteen years of research and interviews with Ukrainian World War II survivors, Like a River From Its Course is a story of love, war, heartache, forgiveness, and redemption.

Celebrate the release of Like a River from Its Course with Kelli by entering to win a Kindle Fire Prize Pack.

Enter today by clicking the icon below, but hurry! The giveaway ends on July 18th. The winner will be announced July 19th on Kelli's blog.