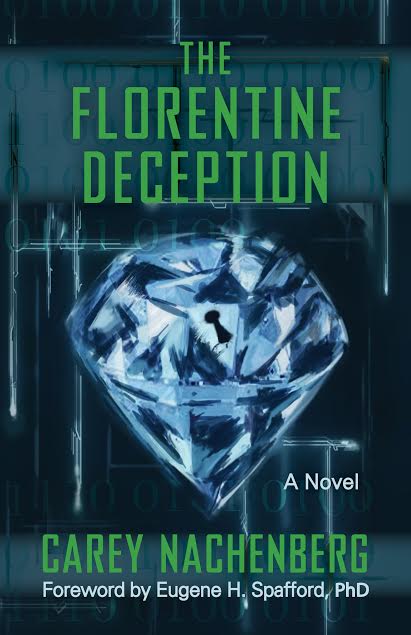 A seemingly mundane computer clean-up leads to an electrifying quest for an enigmatic—and deadly—treasure in this gripping techno-thriller.
Book Details:


A seemingly mundane computer clean-up leads to an electrifying quest for an enigmatic—and deadly—treasure in this gripping techno-thriller.

The author is donating all of his proceeds from sales of The Florentine Deception to charities to help underprivileged and low-income students.

Let's help him reach his goal of selling 2,000 books and donating $10,000!
Visit http://florentinedeception.weebly.com/charities.html to see the list of charities.


Reviewed by Laura Fabiani
Leading cyber-security expert and author Carey Nachenberg takes his readers on a whirlwind ride with his thrilling debut novel. From a simple clean-up of an old computer, the protagonist Alex Fife makes a startling discovery that has him running for his life while trying to prevent a world-wide disaster.
Nachenberg creates a fast-paced plot that catches one's interest from the first page and builds up the suspense so that I was unable to put the book down or stop listening to the audiobook as the danger hikes up in this very plausible scenario. Thank goodness for the good-natured banter between friends and that memorable hilarious scene when Alex takes his head-strong grandpa with him to search for a missing clue in a morgue.
The cave scene had my heart palpitating and there were some nail-biting moments. The action was almost non-stop, with twists and turns and plenty of bad guys to get the adrenaline going.
Alex was a likeable character and he was well-developed. The storyline was good and as far as cyber thrillers go, the author made it easy for the average reader to understand what was going on. There were only two female characters and both played minor roles. I was hoping for Linda to play more of a role in Alex's life since she made a great kick-ass female ready to accompany him on dangerous missions.
I decided to both read the book and listen to the audiobook. The narrator, Nick Podehl did a fantastic job with the narration, switching effortlessly from one character to another and from the narration to speech. His accents for the Russian and Iranian voices were amazing. And Alex's voice stood out from the other male voices. Even his female voices were good.

There were plenty of f-bombs and religious expletives in this book, too much for my reading taste. I can take the occasional swearing but it mars my reading experience when there is too much of it. Apart from this, Nachenberg's debut thriller is a hit and will certainly please fans of action thrillers.
Watch the trailer: 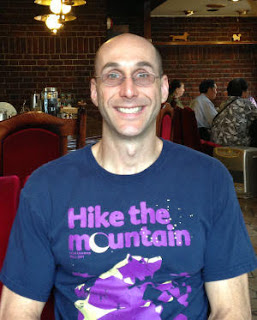 Carey Nachenberg is Symantec Corporation's Chief Engineer and is considered one of the inventors of Norton AntiVirus. As Chief Engineer, Carey drives the technical strategy for all of Symantec's core security technologies and security content. He has led the design and development of Symantec's core antivirus, intrusion prevention and reputation-based security technologies; his work in these areas have garnered over eighty-five United States patents.

In addition to his work in the cyber-security field, Carey has also recently published his first novel, a cyber-security thriller entitled “The Florentine Deception,” and is donating all proceeds from sales of the novel to charities supporting underserved students and veterans. Carey holds BS and MS degrees in Computer Science and Engineering from University of California at Los Angeles, where he continues to serve as Adjunct Professor of Computer Science.
Connect with the author:   Website   Twitter   Facebook