Reef Libre: Cuba, The Last Best Reefs in the World by Robert Wintner (Review and Giveaway) 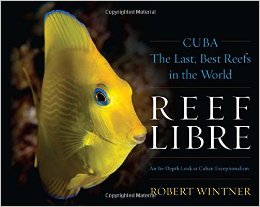 Cuba reefs host apex predators and coral cover at optimal levels. While Cuban reef vitality may be linked to economic default and no shoreline development, no agricultural pesticides or fertilizers and limited human population growth, the Castro regime is aggressively developing its reef potential.

Seas to the south are now 100% shark protected.


Most Cuba travelogues advise “getting off the beaten path,” but Reef Libre examines that path, to see where it might lead as things change. Will Cuba reefs remain protected? Or is this perilous age of natural decline a last chance to see a healthy reef system?

A DVD comes with the book in a paper sleeve glued to the inside cover. Reef Libre, the movie, runs about an hour.

My family and I love books that are educational and make us think. Reef Libre is such a book. With nearly 400 photos, this 11 X 9-inch hardcover book is beautiful and perfect as a coffee-table book that will trigger good discussions with whomever it is shared.

I don't know much about marine life and I have done little snorkeling, but because I love to learn I was fascinated by what I discovered reading this book. Did you know that sharks are key to reef recovery? No sharks and the reefs are in trouble. Wintner and his crew dived into shark-infested waters filming and taking pics and gaining a whole new level of respect for these much-maligned creatures. I loved reading about his encounters with the sharks and his explanation of shark behavior, how the sharks would body check to see if the divers had a pulse and were low-risk food to then backing off when they were pushed back by the divers indicating that they were not lunch!

The photos are just simply stunning. They are also accompanied by humorous captions, making me see these different fish species with new eyes. From the very tiny to the apex predators, the captions and text emphasized how diverse and beautiful these animals are.

It's obvious in his writing that Wintner loves marine life and is dedicated to bringing awareness of the destruction of coral reefs and fish life, therefore advocating a ban on the aquarium trade. I've seen enough IMAX and other documentaries to know that any imbalance on our Earth's ecosystem is ultimately detrimental to our own lives.

I also enjoyed very much how the country of Cuba was highlighted in this book, from its people to its art and cultural diversity and resilience. I have been to Cuba several times. Being Canadian, Cuba is a tourist destination the helps us escape our cold winters. But it was my stay with a poor Cuban family and living with them for two weeks that truly made me understand what it's like to be under Communist regime.

The 1-hour DVD that accompanies this book is a live depiction of what is in the book. It is narrated by Wintner and his diving partner Matt and it's evident by their camaraderie they have been doing this together for awhile. We watched the DVD as a family, my young teen kids enjoyed it but much of the commentary went over their heads. Yes, this book and DVD are educational but also very political. Wintner has strong views on certain organizations and he does not sugar coat his feelings.

Overall, Reef Libre succeeds in touching us with the beauty of marine life and the importance of its preservation. The protection from governments does make a difference in this preservation as seen by the thriving reefs in Cuba, unlike anywhere else in the world. However, consumer awareness does play a role and if people knew how devastating to ocean nature is the catching of wildlife simply for the pleasure of keeping a tank, then perhaps the aquarium trade would diminish or disappear altogether. After reading this book, I will do my part in letting my friends know not to support the aquarium trade.

Note: This book is rated PG-13 for profanity (f-words and some crude language). 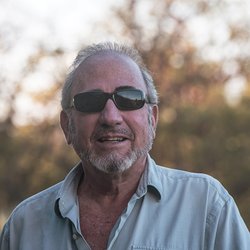 Best known as Snorkel Bob in Hawaii and around the world, Robert Wintner captures Cuba above and below the surface with urgency and hope. As a pioneer in fish portraiture, Wintner demonstrated social structure and etiquette in reef society. Reef Libre goes to political context, in which human folly will squander Cuba’s reefs as well—unless natural values can at last transcend political greed. As pundits joust over who did what to whom and why, Wintner ponders reef prospects in view of political changes.

Robert Wintner has authored many novels and story collections. Reef Libre is his fourth reef commentary with photos and his first overview of survival potential in a political maelstrom. He lives and works in Hawaii, still on the front lines of the campaign to stop the aquarium trade around the world.