The Inheritance by Marianne Perry (Review and Giveaway) 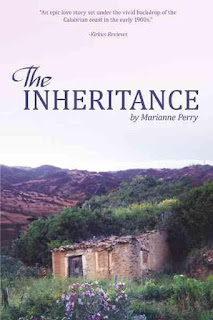 The Inheritance tells the story of a family disintegrating from conflicting loyalties in 1900 Calabria, Italy. The regions was subject to earthquakes and tsunamis, the land was harsh and poverty the norm. Superstition clashed with religion and a class system ruled the people. Calabria is the perfect backdrop for the tragedy that unfolds in The Inheritance.

There is a beautiful, evocative book cover. The author "snapped the cover photo on a 2004 research trip to Calabria, Italy. The image is key to the story." I was captured upon reading those lines.

The novel is set in 1900's Calabria, Italy. It is essentially the story of two women, Anna and Caterina. A bond begins to form between them when Caterina's mother dies in childbirth. Anna becomes "Mamma Anna" to her, much to the disapproval of Anna's husband. She is married to Santo, a cold, unloving man who is grooming his two older sons "in the family business" aka the mob.

I experienced a growing sense of unease as these sons are estranged from their mother, groomed for crime, developing cruel, violent natures. Anna is powerless to prevent it as she is merely wife and mother, having no real influence in the family, except on her youngest son, Lorenzo, a dreamy, artistic boy, for whom Santo has little regard. Meanwhile Caterina grows up under the influence of Anna, despite being a servant, developing a close bond of which Santo disapproves.

The inevitable happens as Caterina and Lorenzo become childhood friends which friendship develops into strong love as they mature and secretly marry. The patriarch, Santo, highly disapproves of this union resulting in sad consequences to all concerned. I found myself both loving and intensely disliking the main characters.

The author has done extensive research about Calabria from where she traces her ancestry. That is reflected in her descriptions of food, surroundings, as well as the aftermath of the earthquake of 1908 in Calabria and Sicily. I love the Italian words inserted in the text, which add to the authenticity of the story.

This novel is about treachery, family secrets, and loss, but also about the redeeming power of both maternal and romantic love. It is a good read. 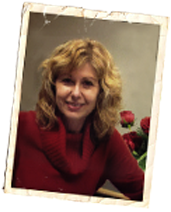 Family dynamics, genealogical research to solve ancestral mysteries and international travel are Marianne Perry’s priorities. A second-generation Canadian-Italian, she is the author of The Inheritance, a historical fiction set in Calabria, Italy from 1897 to 1913 inspired by her grandmother’s early life in Calabria. With a thirty-year career in education and communications, Marianne holds a Master of Education Degree from The University of Western Ontario (Canada).

A past member of the Board of Trustees, the Canadian National Arts Centre Corporation, she has also published non-fiction genealogical articles throughout North America. As a girl, Marianne fell in love with The National Geographic Magazine and dreamt of exploring the world. With her recent visit to Antarctica, she achieved her goal of stepping foot on every continent. The mother of two grown children, Marianne and her husband live on the shores of the St. Mary’s River, which drains Lake Superior on the outskirts of Sault Ste. Marie, Ontario, Canada. She continues to research family history and write non-fiction genealogical articles. In addition, she is working on her second novel and planning further adventures.

Disclosure by Sandra: Thanks to Marianne Perry for sending me this book for review. I was not compensated in any other way, nor told how to rate or review this product.