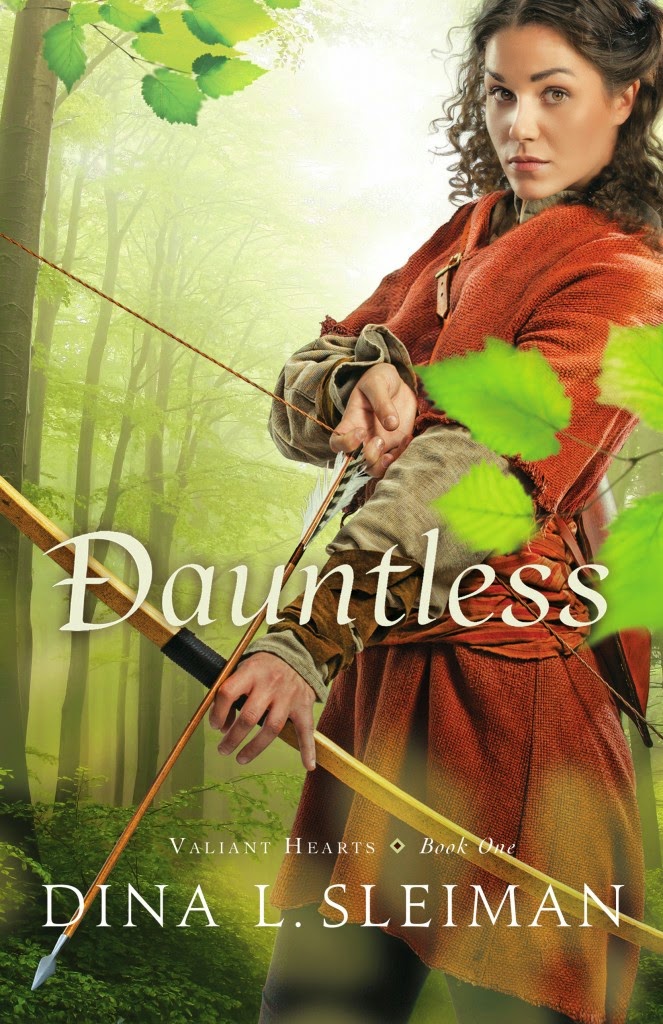 There aren't many YA historical novels and it's a genre I truly enjoy reading, which is one of the reasons I decided to read and review Dauntless. Besides, the Robin Hood offshoot storyline was too good to pass up.

Lady Merry Ellison finds herself orphaned and an enemy of the king after her father's failed assassination attempt upon the king. She hides in the forest with a group of orphaned children from her village which was destroyed by the king's men. Because she is nobility, she takes the lead and feels responsible for these children even though she is but a teen herself. Together, Lady Merry with her band of teen village boys, learn how to survive in the forest by stealing from the rich. They become notorious as "The Ghosts of Farthingale Forest".


Timothy Grey is a young man who works as an assistant to the local earl. He longs to prove himself and becomes determined to catch "The Ghosts" until he discovers the truth about them.  I wasn't too crazy about Timothy initially. He annoyed me for some reason, but he had good qualities that eventually won me over.

This was an interesting story. It had history, action-adventure, romance, the strength of friendship and a heroine who is strong and unconventional. All the perfect elements for a YA novel. This is also Christina fiction, so there is the exploration of God coming to the aid of the underprivileged.

I liked Lady Merry and her band of likable and faithful ruffians.  Little Wren was truly adorable. The band of innocent children won my heart easily. There was a love triangle between Lady Merry, Timothy and Allen, one of the band leaders. Allen was likable from the start. I tried not to root for any of the boys vying for Lady Merry's attention, but it took me awhile time to be convinced with the boy she had set her heart on.

Overall, this was an enjoyable read. This is Book One in the Valiant Hearts series, so I'm curious to see what else the author comes up with and what Book Two will be about.

Note: This book is rated G, There is sword-fighting, arrow-shooting, but the violence is kept to a minimal.

Disclosure: Book has been provided courtesy of Baker Publishing Group and Graf-Martin Communications, Inc. I was not compensated in any other way, nor told how to rate or review this product.