Mailbox Monday and It's Monday, What Are You Reading? Sept 16 Edition

Posted by Laura at Library of Clean Reads on September 15, 2013 in Its Monday What Are You Reading? Mailbox Monday | Comments : 0

Mailbox Monday was created by Marcia who now blogs at To Be Continued. It is the gathering place for readers to share the books that came into their house last week. Yolanda at Notorious Spinks Talks is hosting for the month of September. You can also view the touring blog list here for the upcoming months. 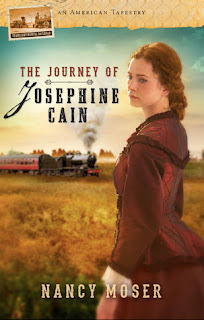 A setting populated by hundreds of laborers, outlaws, and Indians is hardly the place for a wealthy general's daughter from the nation's capital. But Josephine Cain is determined to visit her father, who supervises the day-to-day work involved in the grandest ambition of post-Civil War America: the building of the Transcontinental Railroad.

Life with the railroad is far from the proper life Josephine is used to, and she faces deadly gunfights, harsh weather, and vigilante uprisings. She is torn between the West and the East; between her privileged upbringing and the challenges of a new frontier; between the pull of the suitable beau her parents approve of and an attraction to a rough but charming Irish railroad worker. But if Josephine is willing, and courageous, she just might find a new life, a unique purpose . . . and true love. 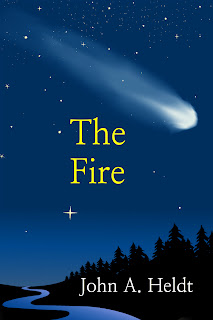 The Fire by John A. Heldt

When Kevin Johnson, 22, goes to Wallace, Idaho, days after his college graduation, he expects to find rest and relaxation as his family prepares his deceased grandfather's house for sale. Then he discovers a hidden diary and a time portal that can take him to 1910, the year of Halley's comet and the largest wildfire in U.S. history. Within hours, Kevin finds himself in the era of horse-drawn wagons, straw hats, and ankle-length dresses. Returning to the same time and place, he decides to travel again and again and make the portal his gateway to summer fun. The adventure takes a more serious turn, however, when the luckless-in-love science major falls for pretty English teacher Sarah Thompson and integrates himself in a community headed for tragedy. Filled with humor, romance, and heartbreak, THE FIRE, the sequel to THE JOURNEY, follows a conflicted soul through a life-changing journey as he makes his mark on a world he was never meant to see. 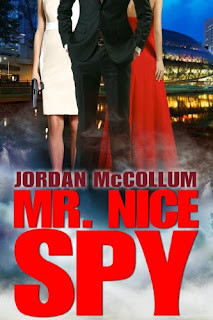 Mr. Nice Spy by Jordan McCollum (Prequel to I, Spy)

Canada is probably the last place you’d expect to find an American spy. CIA operative Elliott Monteith has made it work, just like he’s made things work with his longtime fiancée Shanna. Until Shanna lays out an ultimatum: move forward or move on. Meanwhile, Elliott and his best friend and fellow operative, Talia Reynolds, try to track an elusive leak at the American embassy.

But something changes between Elliott and Talia as they close in on the man selling out his country. Professional and personal lines blur and Elliott has to choose—his fiancée or his best friend. 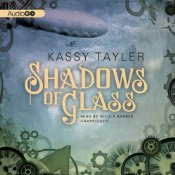 Wren’s world has changed. The thing that she fought for, escaping the dome has come to fruition, but it’s not the paradise she thought it would be. Most of the shiners have died, and according to James, she is to blame for many of the deaths, a burden which sits heavy on her shoulders. Still some have survived and Wren is determined to keep them safe as they fight to establish a home outside while hiding from the rovers who have weapons that can kill from far away. But as long as she has Pace she knows everything will be fine. Still Wren wonders, as she sees the smoke that continually pours forth from the dome, how did her friends inside fare? Will they ever find out if Lucy, David, Jill, and Harry, along with Pace’s mother survive the explosions?

Meanwhile, someone else has also seen the smoke. A band of explorers from across the sea arrive in an airship, curious about the dome, and offering help to those who survive. When Wren meets the handsome Levi Addison, she suddenly questions her love for Pace as Levi offers to show her the world from his airship. Does she really love Pace? Or was it just the circumstances that made her think she did? Meanwhile, word arrives from inside via Pip, and Wren is forced to go back inside the dome, a thing that terrifies her more than anything else, to save her friends. Once she’s back inside, will she be able to escape again?

I won this book from Laurel-Snow at Curl Up and Read! Thank you! 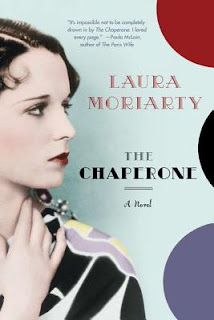 The Chaperone by Laura Moriarty

Only a few years before becoming a famous silent-film star and an icon of her generation, a fifteen-year-old Louise Brooks leaves Wichita, Kansas, to study with the prestigious Denishawn School of Dancing in New York. Much to her annoyance, she is accompanied by a thirty-six-year-old chaperone, who is neither mother nor friend. Cora Carlisle, a complicated but traditional woman with her own reasons for making the trip, has no idea what she’s in for. Young Louise, already stunningly beautiful and sporting her famous black bob with blunt bangs, is known for her arrogance and her lack of respect for convention. Ultimately, the five weeks they spend together will transform their lives forever.

For Cora, the city holds the promise of discovery that might answer the question at the core of her being, and even as she does her best to watch over Louise in this strange and bustling place she embarks on a mission of her own. And while what she finds isn’t what she anticipated, she is liberated in a way she could not have imagined. Over the course of Cora’s relationship with Louise, her eyes are opened to the promise of the twentieth century and a new understanding of the possibilities for being fully alive.

Read and reviewed:
Can't and Able by Cynthia Fabian (children's fiction)
The Outlaw Knight by Elizabeth Chadwick (review by Sandra)

Listening to:
Shadows of Glass by Kassy Tayler