Interview with Hy Conrad, author of Mr. Monk Helps Himself

Posted by Laura at Library of Clean Reads on September 17, 2013 in Author Interview Hy Conrad | Comments : 0 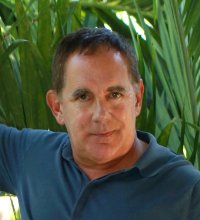 Yesterday I posted my review of Mr. Monk Helps Himself by Hy Conrad. (You can read my review here.) Today, Hy Conrad joins me, Sandra, as I ask him a few questions about this funny and entertaining mystery novel.

LCR: Where did you get some of the elements in Mr. Monk Helps Himself--specifically the Poop Store?

HC: I can’t take credit – or blame – for the Poop Store. That was the creation of Lee Goldberg, the writer who did the first fifteen Monk novels. When I took over the series, I did my best to make it feel seamless, which included taking over some of the new characters Lee had introduced, specifically Ellen and Yuki, his brother’s new wife. (FYI, at some point I’m going run out of poop jokes.)

If the series goes on long enough, I’m sure I’ll put more of my own stamp on Monk’s world. Luther, Monk’s emergency driver, will probably pop up more often as will Tony Rassigio, the owner of the only restaurant Monk will patronize. I would love to give Monk a recurring love interest who is borderline bad; everyone knows that she’s done some illegal stuff, but Monk has a blind spot. He can’t see it.

LCR: Monk isn't particularly funny in my estimation. In fact, he's a bit of a pain with all his phobias, but this is a very funny book. You obviously have a sense of humour; do you see yourself as a humourous person?

HC: Let me address your first comment first. Tony Shalhoub is a very funny man and he made the viewer laugh and sympathize with Monk more than the printed word might allow. When I was given the job of putting Monk into book form, I found, as you did, that without Tony to interpret him, the poor guy could be annoying. My way of dealing with it is not to try for comedy from Monk’s behavior but from people’s reactions to his behavior, particularly Natalie. She has some sarcasm to her that the TV version didn’t, specifically to help lighten the mood.

As for my own experience with humor, I was hired as the ‘mystery guy’ for the TV series and put in a room full of comedy pros who had no mystery experience. We had writers from “SNL”, Letterman, Leno, “30 Rock”, as well as guest writers from “The Simpsons”, etc. They learned a little from me, and I learned a lot from them: how to craft a comedy scene; how to word a joke. As a result, yes, I do think I’m funny. If you want more proof, go check out my 2012 book of dog humor, Things Your Dog Doesn’t Want You to Know.

LCR: Yes, I've read that book, and it was very funny! Now, what kind of books do you read and do you have a favourite?

HC: I don’t read many mysteries, although I always buy the new Carl Hiaasen, just for old times’ sake. Right now I’m reading A Hologram for the King by Dave Eggers, a great novel.

As far as non-fiction goes, I like social history – how people lived and thought and interacted. I’ll pick up anything by Bill Bryson, a great writer. Two favorites, At Home, about how home life evolved into what it is today and The Life and Times of the Thunderbolt Kid, about growing up in America in the 1950s.

LCR: What is your favourite animal and do you have a pet?

HC: I refer you to answer 2, last sentence. I’m a dog lover. Because of my allergies, we’ve always had the hypoallergenic miniature Schnauzer. We keep two at a time and are into our third rotation.

As I write this, Nelson and Stella are out roaming the woods around our Vermont property, wearing GPS collars. That’s a collar with a power pack and an antenna. When I check my handheld, I can tell exactly where they are. Last year, when old Charlie was still alive, he used to wander as far as a half mile away, usually in search of deer droppings. Then I would take the handheld, get into the truck and bump my way over old logging roads, shouting his name. It was a game we used to like to play.

LCR: Thanks, Hy, for stopping by and chatting with me!