Mailbox Monday and It's Monday, What Are You Reading? April 15 Edition

Posted by Laura at Library of Clean Reads on April 14, 2013 in Its Monday What Are You Reading? Mailbox Monday | Comments : 0

I have two giveaways currently running on my blog:
Poster and signed bookmark from Dodinsky (Open to US and Can - Ends April 16) 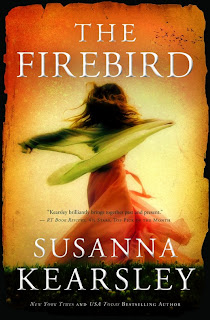 The Firebird by Susanna Kearsley (from Sourcebooks)

Nicola Marter was born with a gift. When she touches an object, she sometimes glimpses those who have owned it before. When a woman arrives with a small wooden carving at the gallery Nicola works at, she can see the object’s history and knows that it was named after the Firebird—the mythical creature from an old Russian fable. Compelled to know more, Nicola follows a young girl named Anna into the past who leads her on a quest through the glittering backdrops of the Jacobites and Russian courts, unearthing a tale of love, courage, and redemption. 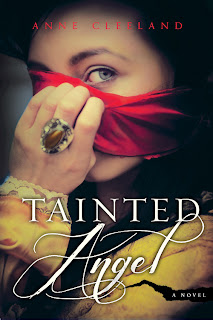 It’s a fine, well-dressed line between a traitor and a hero.

In the tradition of Mr. and Mrs. Smith, Tainted Angel takes the reader on a fast-paced adventure story in which it’s never quite clear who is outwitting whom. One of the most beautiful courtesans in England is a brilliant spy, working for the Crown...or is she tainted, a double agent working for Napoleon? Carstairs—with whom she occasionally shares a bed—is a fellow spy...but he has his own dark secrets. Tainted Angel offers up a delightful game of cat and mouse in which no one can be trusted and anyone can be tainted. 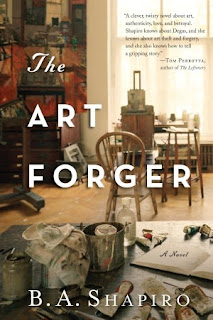 The Art Forger by B.A. Shapiro

On March 18, 1990, thirteen works of art today worth over $500 million were stolen from the Isabella Stewart Gardner Museum in Boston. It remains the largest unsolved art heist in history, and Claire Roth, a struggling young artist, is about to discover that there’s more to this crime than meets the eye.

Making a living reproducing famous artworks for a popular online retailer and desperate to improve her situation, Claire is lured into a Faustian bargain with Aiden Markel, a powerful gallery owner. She agrees to forge a painting—a Degas masterpiece stolen from the Gardner Museum—in exchange for a one-woman show in his renowned gallery. But when that very same long-missing Degas painting is delivered to Claire’s studio, she begins to suspect that it may itself be a forgery.

Her desperate search for the truth leads Claire into a labyrinth of deceit where secrets hidden since the late nineteenth century may be the only evidence that can now save her life. 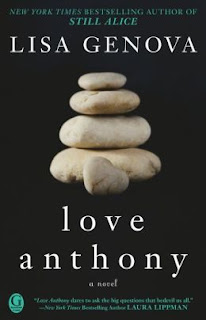 Olivia Donatelli’s dream of a “normal” life shattered when her son, Anthony, was diagnosed with autism at age three. He didn’t speak. He hated to be touched. He almost never made eye contact. And just as Olivia was starting to realize that happiness and autism could coexist, Anthony was gone.
Now she’s alone on Nantucket, desperate to find meaning in her son’s short life, when a chance encounter with another woman brings Anthony alive again in a most unexpected way.

In a warm, deeply human story reminiscent of The Curious Incident of the Dog in the Night-time and Daniel Isn’t Talking, New York Times bestselling author Lisa Genova offers us two unforgettable women on the verge of change and the irrepressible young boy with autism whose unique wisdom helps them both find the courage to move on.


Bought these gems for a total of $13 at a library sale! 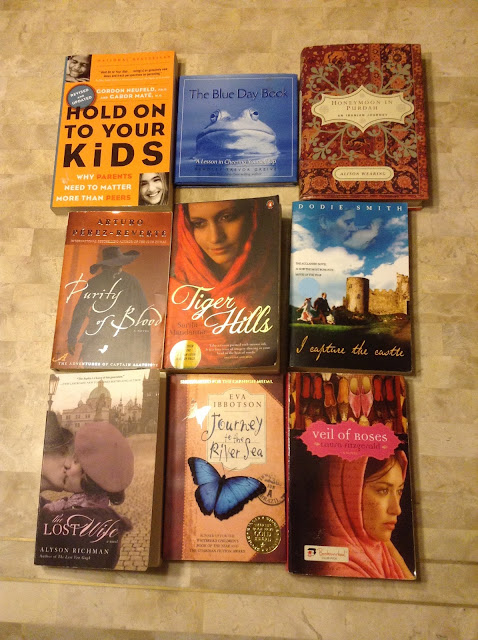 Read and reviewed:
From the Kitchen of Half Truth by Maria Goodin (Loved it!)
Past Tense: 365 Daily Tools for Putting Stress Behind You--For Good! by Shawn Kilgarin and Ron Kilgarin (good resource)
Coming to Rosemont by Barbara Hinske (meh...)
Face-Off by Stacy Juba (a good YA audiobook)