Mailbox Monday and It's Monday, What Are You Reading? March 18 Edition

Posted by Laura at Library of Clean Reads on March 17, 2013 in Its Monday What Are You Reading? Mailbox Monday | Comments : 0

I have two giveaways currently running on my blog:
Lady of Ashes by Christine Trent (ends March 21, 2013) Open internationally
Life of Pi Movie in Blu-ray (ends March 28, 2012) Open to US and Canada

No review books in my mailbox this week! But I had such a hard time resisting these free books... 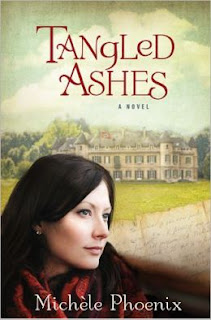 When Marshall Becker arrives in Lamorlaye, France, to begin the massive renovation of a Renaissance-era castle, he unearths a dark World War II history few in the village remember. The project that was meant to provide an escape for Becker instead becomes a gripping glimpse into the human drama that unfolded during the Nazi occupation and seems to live on in midnight disturbances and bizarre acts of vandalism. 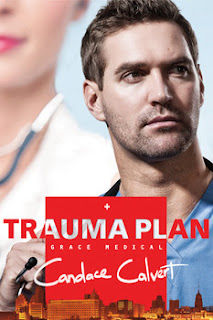 Sidelined by injuries from a vicious assault, chaplain Riley Hale is determined to return to her former duties as an ER nurse. But how can she show she’s competent when the hospital won’t let her attempt even simple tasks? Determined to prove herself, Riley volunteers at a controversial urban free clinic despite her fears about the maverick doctor in charge.

Dr. Jack Travis defends his clinic like he’s commander of the Alamo. He’ll fight the community’s efforts to shut its doors, even if he must use Riley Hale’s influential family name to make it happen.

As Riley strives to regain her skills, Jack finds that she shares his compassion—and stirs his lonely heart. Riley senses that beneath Jack’s rough exterior is a man she can believe in. But when clinic protests escalate and questions surface about his past, Jack goes into battle mode and Riley wonders if it’s dangerous to trust him with her heart. 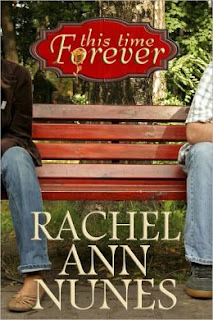 Mickelle Hansen never realized marriage could be so challenging. Her husband's epilepsy has caused him to become cynical and verbally abusive, but with love in her heart and strength from her Heavenly Father, Mickelle is determined to make her marriage work. Then the worst happens. Can she ever pick up the shattered pieces of her life?

Meanwhile, Rebekka Massoni arrives in America to work for handsome widower Damon Wolfe, leaving all her hopes and dreams back in her beloved France. She has loved and idolized Marc Perrault since she was five years old, but he can offer only her friendship in return.

Can Rebekka forget Marc and learn to love another man? Both Damon and Samuel Bjornenburg, successful CEO of Corban International, hope to win a place in her heart, but Damon's daughter doesn't like Rebekka, and Samuel doesn't share her faith. To make matters worse, Rebekka's heart is still breaking over Marc. Suddenly she must make the most important decision of her entire life. Will it be the right one?

Join Mickelle and Rebekka as they search for love and self-discovery. This tender story of heartbreak, healing, and faith is one you will not soon forget. 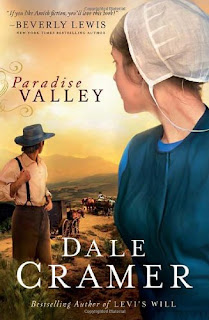 An Amish settlement in Ohio has run afoul of a law requiring their children to attend public school. Caleb Bender and his neighbors are arrested for neglect, with the state ordering the children be placed in an institution. Among them are Caleb's teenage daughter, Rachel, and the boy she has her eye on, Jake Weaver. Romance blooms between the two when Rachel helps Jake escape the children's home.

Searching for a place to relocate his family where no such laws apply, Caleb learns there's inexpensive land for sale in Mexico, a place called Paradise Valley. Despite rumors of instability in the wake of the Mexican revolution, the Amish community decides this is their answer. And since it was Caleb's idea, he and his family will be the pioneers. They will send for the others once he's established a foothold and assessed the situation.

Caleb's daughters are thrown into turmoil. Rachel doesn't want to leave Jake. Her sister, Emma, who has been courting Levi Mullet, fears her dreams of marriage will be dashed. Miriam has never had a beau and is acutely aware there will be no prospects in Mexico.

Once there, they meet Domingo, a young man and guide who takes a liking to Miriam, something her father would never approve. While Paradise Valley is everything they'd hoped it would be, it isn't long before the bandits start giving them trouble, threatening to upset the fledgling Amish settlement, even putting their lives in danger. Thankfully no one has been harmed so far, anyway. 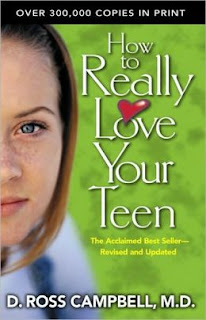 How to Really Love Your Teen by Dr. Ross Campbell

It's one of the most common parenting scenarios—parent and child are developing nicely, when the child crosses that mysterious threshold into the "teenager zone." Suddenly, the parents feel unable to fully relate to their teen—and the teen responds to the parents' uneasiness. In this best-selling book, Dr. Campbell helps parents understanding the delicate dance between parents and their emerging teenagers. Learn how to create a solid, balanced approach for relating to your teen, how to communicate unconditional love, how to handle teenage anger, as well as your own, and how to help your teenager grow spiritually and intellectually.

Read and reviewed:
India Fan by Victoria Holt (great storytelling)
Beyond the Valley by Rita Gerlach (disappointing)
The Scorpio Races by Maggie Stiefvater

Currently Reading:
Gragbridge Hall: The Inventor's Secret by Chad Morris (with my son)
The Last Telegram by Liz Trenow

Finished Reading:
The False Prince by Jennifer A. Nielsen (fantastic page-turner!)
Days That End in Y by Vikki VanSickle (great ending to this 3-book series)