Mailbox Monday and It's Monday, What Are You Reading? March 11 Edition

Posted by Laura at Library of Clean Reads on March 10, 2013 in Its Monday What Are You Reading? Mailbox Monday | Comments : 0

Spring Break is over and what a week it's been! We did a lot of fun things with our kids, and I had a chance to rediscover how wonderful my two children are. It was so good to take a break from all the running around and stress that comes from work, school, and extracurricular activities. And now it's back to the daily grind...

Oh, before I forget...there are two giveaways currently running on my blog and both are open internationally: 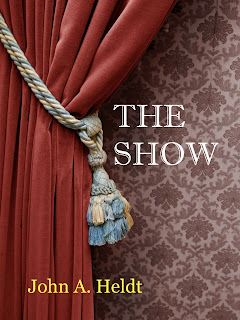 The Show by John A. Heldt (from author)

Seattle, 1941. Grace Vandenberg, 21, is having a bad day. Minutes after Pearl Harbor is attacked, she learns that her boyfriend is a time traveler from 2000 who has abandoned her for a future he insists they cannot share. Determined to save their love, she follows him into the new century. But just when happiness is within her grasp, she accidentally enters a second time portal and exits in 1918. Distraught and heartbroken, Grace starts a new life in the age of Woodrow Wilson, silent movies, and the Spanish flu. She meets her parents as young, single adults and befriends a handsome, wounded Army captain just back from the war. In THE SHOW, the sequel to THE MINE, Grace finds love and friendship in the ashes of tragedy as she endures the trial of her life. 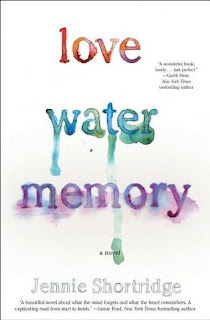 Who is Lucie Walker? Even Lucie herself can’t answer that question after she comes to, confused and up to her knees in the chilly San Francisco Bay. Back home in Seattle, she adjusts to life with amnesia, growing unsettled by the clues she finds to the selfish, carefully guarded person she used to be. Will she ever fall in love with her handsome, kindhearted fiancé, Grady? Can he devote himself to the vulnerable, easygoing Lucie 2.0, who is so unlike her controlling former self? When Lucie learns that Grady has been hiding some very painful secrets that could change the course of their relationship, she musters the courage to search for the shocking, long-repressed childhood memories that will finally set her free. 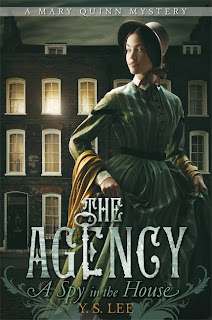 In Victorian England, orphan Mary Quinn lives on the edge. Sentenced as a thief at the age of twelve, she’s rescued from the gallows by a woman posing as a prison warden. In her new home, Miss Scrimshaw’s Academy for Girls, Mary acquires a singular education, fine manners, and a surprising opportunity. The school is a cover for the Agency - an elite, top secret corps of female investigators with a reputation for results — and at seventeen, Mary’s about to join their ranks. With London all but paralyzed by a noxious heat wave, Mary must work fast in the guise of lady’s companion to infiltrate a rich merchant’s home with hopes of tracing his missing cargo ships. But the Thorold household is full of dangerous secrets, and people are not what they seem - least of all Mary. 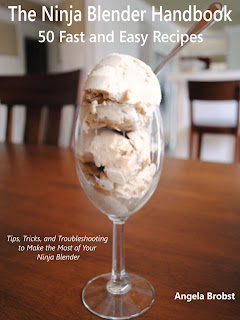 Written with a health-conscious lifestyle in mind, all of the "real food" recipes include Ninja-specific step-by-step instructions (including jar and blade recommendations), as well as detailed nutritional information, when appropriate.

In addition to recipes, the book includes directions for making kitchen staples such as nut butters and various flours, as well as a dedicated section on juicing, and a troubleshooting and FAQs section. 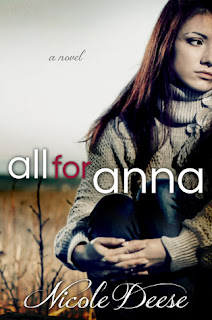 All for Anna for Nicole Deese

If guilt is a prison; Victoria Sales has given herself a life sentence.Held captive by regret, 23 year-old trauma RN, Tori Sales, has seen the reality of many nightmares. But there is one nightmare she will never wake from—her last memory of Anna. Her efforts to save the little girl were not enough; she was not enough. After a year of living alone, Tori is forced to return home—a place where heartache, loss, and broken relationships lurk around every corner. Isolation is her only solace; running is her only escape. But she cannot outrun the truth forever.


When a handsome, compassionate stranger enters her world, Tori is inspired to deal with her past and focus on the future—one she never believed possible. But before her quest for closure is complete, a new revelation surfaces, tainting her world yet again. Will she accept the recovery she so desperately needs? Or will she choose the escape she knows best... 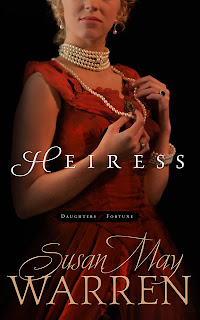 Heiress by Susan May Warren

Book One in the Daughters of Fortune series The beautiful heiress daughters of newspaper magnate August Price have been given everything their hearts desire. But what if they want only to be loved--without an enormous price tag attached? When one daughter pursues a desirable marriage, she secures for herself a comfortable and glamorous life. But among the duties of privilege, will she also find the happily-ever-after she seeks? Her sister rejects the trappings of wealth, choosing instead to build a new life on the still-untamed frontier. Will she find happiness in independence or discover that she's left her heart behind in New York's glittering society? Set in the opulent world of the Gilded Age, each woman discovers that being an heiress just might cost her everything--including the chance for true love. 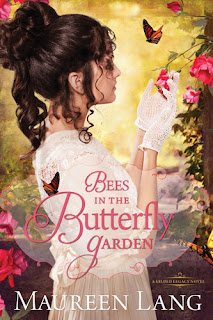 Bees in the Butterfly Garden by Maureen Lang

Raised at an exclusive boarding school, Meg Davenport has everything she needs but none of what she’s wanted most—like the love of a family, or a future not dependent on following etiquette and marrying well. So when she receives shocking news of her father’s death, Meg seizes the chance to break every rule that has governed her life. Especially when she learns John Davenport wasn’t the wealthy businessman she thought, but one of the Gilded Age’s most talented thieves.

Ian Maguire knows that John—his mentor—would never have wanted his beloved daughter to follow in his footsteps. Yet she is determined to carry on his legacy, and her talent for garden design has earned her an invitation to stay with one of Fifth Avenue’s wealthiest families. With friends like those, Meg could help Ian pull off his biggest heist yet.

But living in both worlds is more treacherous than Meg imagined. And as Ian’s concern for Meg turns to love, he finds himself torn between greed and guilt. Can they find the legacy they both long for, or in trying to gain everything, will they end up losing it all?

Currently Reading:
Gragbridge Hall: The Inventor's Secret by Chad Morris
Days That End in Y by Vikki VanSickle (with my daughter)

Finished Reading:
Beyond the Valley by Rita Gerlach (meh...)