Mailbox Monday, and It's Monday, What Are You Reading? Feb 25 Edition and an Unexpected Literary Event!

Posted by Laura at Library of Clean Reads on February 24, 2013 in Its Monday What Are You Reading? Laura Fabiani Mailbox Monday Mary Di Michele | Comments : 0

Before I share my mailbox, I wanted to tell you of an unexpected literary event that took place today. I was asked by Italian journalist Marco Luciani (who previously interviewed me on an Italian TV show and radio station) to participate in an event at Casa d'Italia, celebrating authors of Italian origin, specifically from the province of Abruzzo. My father is Abbruzzese, and so I was honoured to take part in this event that included Mary Di Michele, a well-known Montreal author and poet who is currently a full professor in the English Department of Concordia University in Montreal, Canada, where she teaches in the creative writing program.


Mary Di Michele spoke of her work and read from her novel Tenor of Love published by Simon and Schuster Touchstone (see synopsis below) and also some of her poems, one dedicated to her late father which was very touching. She is such a lovely person and we exchanged signed copies of our books. My daughter bought her poetry book The Flower of Youth.


I addressed the audience in Italian and spoke of my writing inspiration and of the role Italy played in my novel. I also read from my novel Daughter of Mine. Afterwards, I had the pleasure of selling copies of my book and speaking to interesting persons of the Italian community, among them Connie McParland from Guernica Editions. It was a pleasant evening, and I look forward to reading and reviewing Di Michele's books in the upcoming months. I'm still wowed by the whole experience! 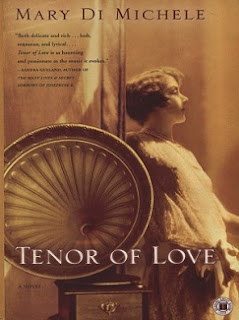 One summer day in 1897, a young singer, Enrico Caruso, arrives at the home of the Giachetti family. He has come to Livorno to sing on the summer stage with Ada Giachetti, a famous and beautiful soprano. Ada's mother offers him a spare room, and before Ada herself has a chance to meet the unknown tenor, her younger sister, Rina, arrives home from the market and falls fatefully in love.

With the help of singing lessons from Ada, Caruso wins the leading role in Puccini's new opera La Bohème. Although Caruso loves Rina, it is Ada he adores, and they soon become lovers. Heartbroken, Rina becomes an opera singer too, hoping to take her sister's place. For decades, the two sisters are locked in a struggle to be the star on Caruso's stage and in his bed, while Caruso's voice grows more and more unimaginably beautiful.

But as his relations with the two sisters break down in scandal and tragedy, the now world-famous Caruso builds a new life for himself as the star of the Metropolitan Opera in New York. There, far from the drama and passion of Caruso's Tuscan life, a shy young American woman will win his heart and, taking the greatest leap of faith of all, supplant Ada and Rina as his one true love. 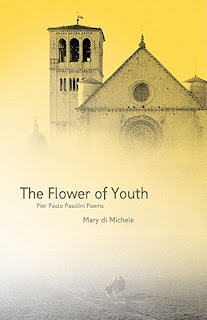 The Flower of Youth by Mary Di Michele

Written as a kind of historical narrative in verse, the poems in this collection depict the coming of age and sexual awareness of the great Italian writer and film director, Pier Paolo Pasolini. The time of this story is World War II; the place is German-occupied northern Italy. Unlike his younger brother, Guido, who took up arms to fight in the resistance, Pasolini chose to help his mother set up a school for the boys too young to fight or be conscripted. The situation ignited an internal war for the young Pasolini that nearly eclipsed the historical moment: a battle within between his desire for boys and his Catholic faith and culture. In addition to the poems that juxtapose Pasolini’s struggle against the backdrop of political and cultural fascism, the book also includes a prologue and an epilogue that details the author’s pilgrimage to the site and her research into the time that shaped Pasolini as a man and as an artist.

I got three audiobooks from Post Hypnotic Press for review: 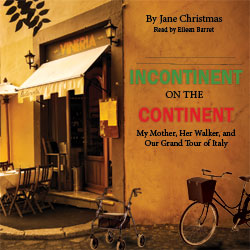 Incontinent on the Continent: My Mother, Her Walker and Our Grand Tour of Italy by Jane Christmas

To smooth over five decades of constant clashing, determined daughter Jane Christmas decides to take her arthritic, incontinent, and domineering mother, Valeria, to Italy. Will being at the epicenter of the Renaissance spark a renaissance in their relationship? As they drag each other from the Amalfi Coast to Tuscany — walkers, shawls, and a mobile pharmacy of medications in tow — they find new ways to bitch and bicker, in the process reassessing who they are and how they might reconcile. Unflinching and often hilarious, this book speaks to all women who have faced that special challenge of making friends with Mom. 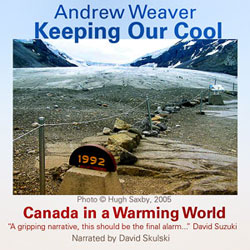 Keeping Our Cool: Canada in a Warming World by Andrew Weaver

Monster wildfires in Australia, January golfers in PEI, ruined fruit crops in California, snowless ski runs in Switzerland, starving polar bears in the North, devastated trees in Stanley Park. Climate change is no longer a vague threat. The climate change we are in store for over the next few centuries will be larger and occur faster than at any time in the last 10,000 years. Brilliantly researched, Keeping Our Cool is a comprehensive and engaging examination and explanation of global warming, with a specific emphasis on climate change in Canada. In an engaging and accessible way,Weaver explains the levels of greenhouse gas emissions needed to stabilize the climate and offers solutions and a path toward a sustainable future. Beginning naked in the darkness Brian Brett takes us on a journey through a summer’s day that also tells the story of his affectionately named Trauma Farm—exploring the garden, orchards, fields, the mysteries of live-stock and poultry, and the social intricacies of rural communities.

Both a memoir and a natural history of the small mixed farm, this eighteen-year-long day travels forward and backward in time, taking us all the way from Babylon to globalization and demonstrating the importance of both tall tales and rigorous science as Brett contemplates the perfection of the egg and the nature of soil or offers a scathing critique of agribusiness and the modern slaughterhouse. Whether discussing the uses and misuses of gates, examining the energy of seeds, or bantering with his family and neighbors, Brett remains aware of the miracles of life, birth, and death and the ecological paradoxes that confront the rural world every day.

Threaded with a deep knowledge of biology and botany, Trauma Farm is an erudite, poetic, passionate, and frequently hilarious portrait of rural life and a rich and thought-provoking meditation on the modern world.

And I got this one book for review: 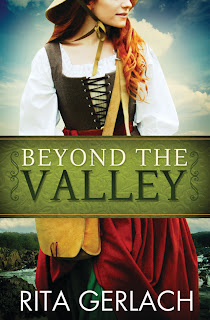 When Sarah's husband Jamie drowns, her young life if shattered and takes a turn that she never expected. Pregnant and now widowed, she reaches out to Jamie's family for help but they are unwilling. Instead they devise a plan to have her kidnapped. She is deceived and taken aboard a ship headed for the Chesapeake to be sold as an indentured servant, bound to unspeakable hardship and forced into the same harsh world she left.

Caught in the talons of servitude, she falls in love with a young conscientious doctor, Alex Hutton, who has arrived in Virginia to care for his widowed sister in law and two young nieces. Called back to serve in Washington's army, he promises he will return for her, gain her freedom and wed her. Other plans were made for Sarah when her owner finds himself bankrupt and sells her the first chance he gets. She's taken out into the frontier, captured by Indians, and faces unbearable hardship.

When the mistress of River Run along the Potomac encounters Sarah's plight after she has escaped, Eliza Morgan pities her, and a way is made for Sarah to remain with her and care for Eliza's young daughter, Darcy. Revolution has ignited in America, and together they endure many hardships which bring them together in friendship. But when Sarah learns that Zachary Halston, a local landowner, has seduced Eliza, she is troubled about what to do.

Grateful for Eliza's kindness, Sarah is forever bound to keep silent. She promises Eliza to never reveal the secret that Ilene is Eliza's child, even at the risk of living a life in shame if her master should ever discover the truth upon his return.

Read and reviewed:
Keeper of the Black Stones by P.T. McHugh
The Granddaughter Necklace by Sharon Dennis Wyeth

Listening To:
Incontinent on the Continent: My Mother, Her Walker and Our Grand Tour of Italy by Jane Christmas