Mailbox Monday and It's Monday, What Are You Reading? Feb 11 Edition

Posted by Laura at Library of Clean Reads on February 10, 2013 in Its Monday What Are You Reading? Mailbox Monday | Comments : 0 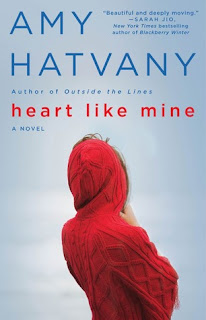 Thirty-six-year-old Grace McAllister never longed for children. But when she meets Victor Hansen, a handsome, charismatic divorced restaurateur who is father to Max and Ava, Grace decides that, for the right man, she could learn to be an excellent part-time stepmom. After all, the kids live with their mother, Kelli. How hard could it be?

At thirteen, Ava Hansen is mature beyond her years. Since her parents’ divorce, she has been taking care of her emotionally unstable mother and her little brother—she pays the bills, does the laundry, and never complains because she loves her mama more than anyone. And while her father’s new girlfriend is nice enough, Ava still holds out hope that her parents will get back together and that they’ll be a family again. But only days after Victor and Grace get engaged, Kelli dies suddenly under mysterious circumstances—and soon, Grace and Ava discover that there was much more to Kelli’s life than either ever knew.

Narrated by Grace and Ava in the present with flashbacks into Kelli’s troubled past, Heart Like Mine is a poignant, hopeful portrait of womanhood, love, and the challenges and joys of family life. 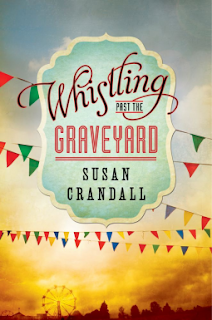 Whistling Past the Graveyard by Susan Crandall

The summer of 1963 begins like any other for nine-year-old Starla Claudelle. Born to teenage parents in Mississippi, Starla is being raised by a strict paternal grandmother, Mamie, whose worst fear is that Starla will turn out like her mother. Starla hasn’t seen her momma since she was three, but is convinced that her mother will keep her promise to take Starla and her daddy to Nashville, where her mother hopes to become a famous singer—and that one day her family will be whole and perfect.

When Starla is grounded on the Fourth of July, she sneaks out to see the parade. After getting caught, Starla’s fear that Mamie will make good on her threats and send her to reform school cause her to panic and run away from home. Once out in the country, Starla is offered a ride by a black woman, Eula, who is traveling with a white baby. She happily accepts a ride, with the ultimate goal of reaching her mother in Nashville.

As the two unlikely companions make their long and sometimes dangerous journey, Starla’s eyes are opened to the harsh realities of 1963 southern segregation. Through talks with Eula, reconnecting with her parents, and encountering a series of surprising misadventures, Starla learns to let go of long-held dreams and realizes family is forged from those who will sacrifice all for you, no matter if bound by blood or by the heart. 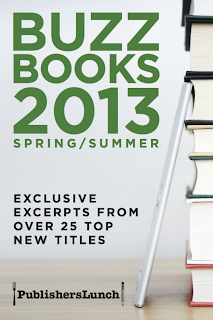 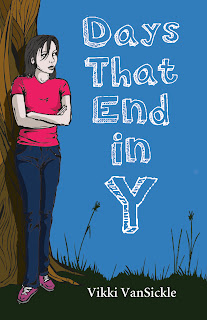 Days That End in Y by Vicki VanSickle

One summer. That's all the time it takes to set your world spinning — or so Clarissa learns. Feeling abandoned by Mattie (camp), Benji (drama school), and even Michael (babysitting), Clarissa feels even more alone when her mother tells her she's marrying Doug. This announcement gets Clarissa thinking about her father, and her search for answers leads to her stumbling upon information about the secret teenage life of her mother, and more importantly, about Bill, her absentee father.

Things get complicated when she spots a man who looks a lot like Bill. Approaching him winds up revealing a whole world of surprises that threaten to shake her image of her mother forever. Will Clarissa be able to move beyond the past and take part in Annie's vision of the future? Happily ever after has never seemed so impossible. 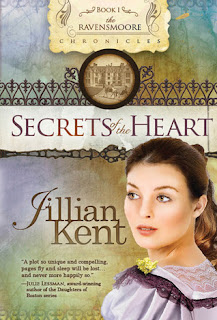 Madeline Whittington, daughter of the deceased Earl of Richfield, emerges from English society’s prescribed period of mourning in the winter of 1815. Madeline believes that she no longer belongs in a world of gossip and gowns; instead she wants to help the orphans living within the walls of Ashcroft Insane Asylum. Once there, she discovers a dark secret within the asylum walls.

Because of his elder brother’s unexpected death, Devlin Greyson becomes Earl of Ravensmoore and struggles between two worlds: one of affluence and privilege and one of poverty and disease. Torn between his desire to become a doctor and the numerous responsibilities of his title, he wrestles with God’s will for his future. Will he be able to honor this God-given gift and win the woman he falls in love with in a society that does not value gentlemen who work? And will Lady Madeline Whittington be able to honor her father’s memory when she is attracted to the one man who could destroy the promise she made to her father?

Currently Reading:
Keeper of the Black Stones by P.T. McHugh

Listening To:
The Postmistress by Sarah Blake