The Unfinished Work of Elizabeth D. by Nichole Bernier (Review and Giveaway) 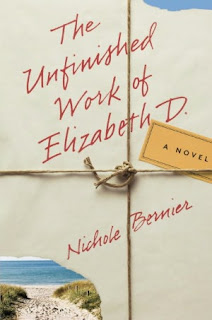 This novel is a family drama that deals with the topics of losing a friend in death, marriage, the challenges of motherhood and pursuing one's career vs staying at home. It is ambitious for a debut novel, but Bernier handles this deftly with writing that is introspective, thought-provoking, and beautiful. It's a character-driven story with slow-moving action and flashback scenes.

Kate Spencer is given a trunk filled with the diaries and journals that her late friend, Elizabeth, left for her as stated in her will. Kate takes them with her on Great Rock Island where she spends the summer with her husband Chris and their two young children. The diaries cover the life of Elizabeth from her sad childhood to present day, and Kate discovers things she never knew about her friend. The diaries help Kate re-evaluate her own life and make decisions about things she's been procrastinating.

Bernier's writing quickly drew me in. Initially, the heavy topics slowed down my reading as I dived in, and I found I could read only a few chapters at a time. Then about half-way through I was invested in the characters and finished fairly quickly. There were times when I was frustrated with Kate for not giving Chris a chance as a supporting partner. The story takes place shortly after the 911 terrorist attacks and because they live in Washington D.C. Kate feels unsafe. She's afraid to show Chris her vulnerability, her neediness and her fear for her family and for him when he travels. Reading the diaries made Kate realize she needed to take that risk to expose her true feelings so they could keep growing as a couple and cement their trust for one another while living at a time when trust was difficult.

It seems this was the direction she was going at the end of the book, but it was tentative and not fully explored, leaving the reader with the idea that it could go both ways. I wasn't sure Kate would change and grow as a character, but I'm glad she did, especially after I invested so much time with her personal thoughts. I respected her decision regarding her career as a pastry chef. I was able to relate to both her and Elizabeth's feeling about motherhood, and the changes this brings upon women who love their career.

The novel also explores relationships and I thought Bernier's male characters were so well portrayed in their different viewpoints of situations. I liked Chris and his patience in trying to understand his wife. Max's advice as a friend and former colleague was spot on and I enjoyed his dialogue. At times I wish there had been a little more action between these characters and less contemplative narrative, but that's just me. I also loved the scenes with the children.

Readers who love family drama will enjoy reading this novel and perhaps rethink their own relationships and the effects of keeping secrets that should be shared. A bittersweet and thought-provoking read. 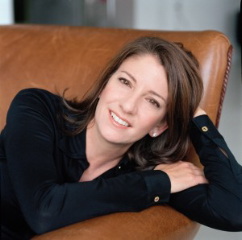 About the author:
Nichole Bernier is a writer for magazines including Elle, Self, Health, Men’s Journal and Boston Magazine, and a 14-year contributing editor with Conde Nast Traveler, where she was previously on staff as the golf and ski editor and a columnist. She is a founder of the literary website Beyond The Margins.com, and lives outside of Boston with her husband and five children.

*Buttons for following found on top left-hand corner of blog.
*Giveaway ends June 18, 2012.
*Open to Canada and US.
*Please read my Giveaway Policy before entering my giveaways. 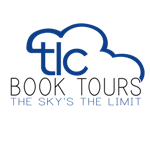 Disclosure: Thanks to Crown Publishers and TLC Book Tours for sending me this book for review. I was not compensated in any other way, nor told how to rate or review this product.