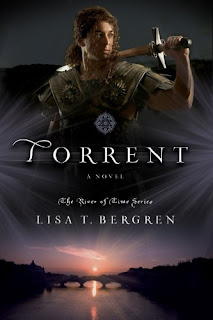 When Gabi and Lia finally learn to surf the river of time, they realize they must make hard choices about life and love in Torrent, the third and final book in the River of Time series. Gabi and Lia Betarrini have learned to control their time travel, and they return from medieval Italy to save their father from his tragic death in modern times. But love calls across the centuries, and the girls are determined to return forever—even though they know the Black Plague is advancing across Europe, claiming the lives of one-third of the population. In the suspenseful conclusion of the River of Time series, every decision is about life … and death. 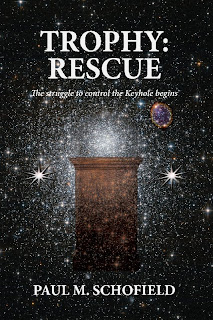 Trophy: Rescue by Paul M. Schofield (from author for review)

Imagine an Earth restored to perfection under the care of ten women Guardians, who answer only to a governing computer. Imagine a peaceful, colonized Solar System. This is what the New Victorian Empire has accomplished in the 476 years of its existence. Now mankind faces extinction because of a genetic mutation caused by the catastrophic collapse of Earth's environment in 2065 A.D., the year the Empire began. The Keyhole anomaly, a wormhole in space, offers a solution; time travel to transport genetically sound humans from the past.

A powerful underground organization is rapidly building their forces to eliminate the Empire and gain control of the Keyhole and the Solar System. Only the Planetary Control Corps (PCC) under the leadership of Star-Commander Abigail VanDevere and the dynamic team of Lieutenant Janet Rogerton, Pilot Kolanna, Martin, and Panther stand in the rebels' way. Will the strength and determination of the PCC be enough? Will they have time to succeed?

Trophy: Rescue is the second book of the Trophy Saga, a future look at a pivotal time in mankinds history. It tells the story of the continuing struggle to prevent the extinction of the human race. 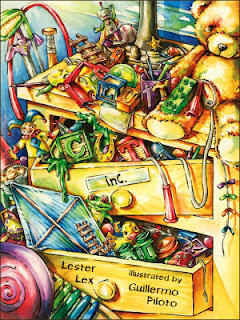 Open Cloot's door and it's quite revealing.
Clutter, clutter right up to the ceiling.
If he hadn't a roof it would rise to the sky.
Will Cloot part with some? He doesn’t see why! One day Cloot’s dad peers into his room to see a mountain of unused toys.
Together they form Clutter Cut, Inc. and get a box ready to be filled.
Cloot spends hours in a jam though—
which toys will go and which ones will stay.
There’s nothing great about giving toys away— or is there...?