Kid Konnection: I Survived the Sinking of the Titanic, 1912 by Lauren Tarshis 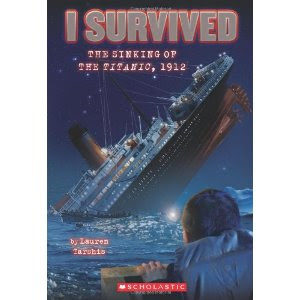 I finished reading this book in two sittings with my 9-year-old daughter and 6-year-old son. Suspenseful, well written, and filled with interesting characters, my kids didn’t want me to stop reading the second night so that it was 10 pm when we finally turned the last page.

I had two different reactions from my children by the end of the book. My daughter, who is sensitive, liked the story but was so saddened by the tragedy of the Titanic that she couldn’t sleep afterwards. The author deftly drew us into the story, depicting the sinking and how George, the main character, was touched as he struggled to survive and then watched as others did not. At times, during the reading, I choked up and had to control my own emotions.  I kept thinking of the Titanic exhibition I had seen in Las Vegas in May, where some of the passengers’ stories were displayed along with some of their still intact belongings recovered from the wreckage. Very sobering.
My son, on the other hand, said he learned so many new things with this book. (I am citing his words verbatim!) He was fascinated by the Titanic, just like George, and kept asking me many questions throughout the reading, to the frustration of his sister. Mostly, he was taken with the scientific details of the sinking itself. So, I went on to explain and to draw on paper what the actual size of an iceberg is in comparison to the tip that shows up from the waters, how it cut the ship, and how the ship snapped in two before plunging deep into the sea and the effects of the swirling waters that pulled everything with it as the ship sank quickly and deeply.
My son in now eager to read the next book in this series: I Survived the Shark Attacks of 1916. I’m not so sure my daughter would want to read this one, though. However, one thing is certain. This new fictional series of books based on true events is exciting and brings history alive to young ones. Highly recommended for the adventurous and curious kids in your life. 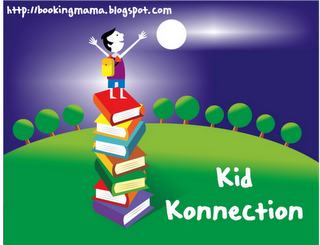