It's fun to receive books when we're expecting them, but when we get a box full of unexpected books, it's even better! By the way, this meme is hosted by Marcia at The Printed Page. You should check out her blog and see what others have received and to play along.

Last week I got a box of goodies from Scholastic Canada that I wasn't expecting. Since I read the first book in The 39 Clues series and loved it, I was thrilled to get:

The 39 Clues Book Two: One False Note by Gordon Korman

Synopsis:
THIS JUST IN! Amy and Dan Cahill were spotted on a train, hot on the trail of one of 39 Clues hidden around the world. BUT WAIT! Police report a break-in at an elite hotel, and the suspects ALSO sound suspiciously like Amy and Dan. UPDATE! Amy and Dan have been seen in a car ... no, in a speedboat chase ... and HOLD EVERYTHING! They're being chased by an angry mob?!? When there's a Clue on the line, anything can happen.

The 39 Clues Book Three: The Sword Thief by Peter Lerangis

Synopsis:
ATTENTION! Amy and Dan Cahill have been located once again, this time in the company of the notoriously unreliable Alistair Oh. Could they have been foolish enough to make an alliance?

I also received the ARCs of: 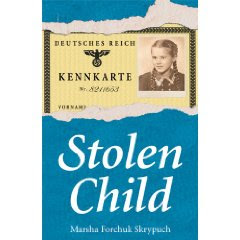 Synopsis:
Stolen from her family by the Nazis, Nadia is a young girl who tries to make sense of her confusing memories and haunting dreams. Bit by bit she starts to uncover the truth--that the German family she grew up with, the woman who calls herself Nadia’s mother, are not who they say they are. Beyond her privileged German childhood, Nadia unearths memories of a woman singing her a lullaby, while the taste of gingersnap cookies brings her back to a strangely familiar, yet unknown, past. Piece by piece, Nadia comes to realize who her real family was. But where are they now? What became of them? And what is her real name? This story of a Lebensborn girl--a child kidnapped for her "Aryan looks" by the Nazis in their frenzy to build a master race--reveals one child’s fierce determination to uncover her past against incredible odds. 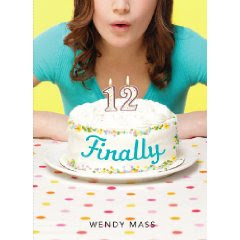 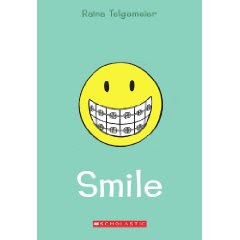 Synopsis:
Eleven-year-old Raina just wants to be a normal sixth grader. But one night after a trip-and-fall mishap, she injures her two front teeth, and what follows is a long and frustrating journey with on-again, off-again braces, corrective surgery, embarrassing headgear, and even a retainer with fake teeth attached. And on top of all that, there’s still more to deal with: a major earthquake, boy confusion, and friends who turn out to be not so friendly. This coming-of-age true story is sure to resonate with anyone who has ever been in middle school, and especially those who have had a bit of their own dental drama. 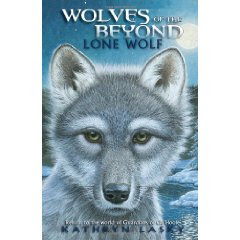 Wolves of the Beyond: Lone Wolf by Kathryn Lasky (release date: Jan 2010)

Synopsis:
In the harsh wilderness beyond Ga'Hoole, a wolf mother hides in fear. Her newborn pup, otherwise healthy, has a twisted leg. The mother knows the rigid rules of her kind. The pack cannot have weakness. Her pup must be abandoned on a desolate hill--condemned to die. But alone in the wilderness, the pup, Faolan, does the unthinkable--he survives. This his story - a story of survival, of courage, and of love triumphant. The story of a wolf pup who rises up to change forever the Wolves of the Beyond. 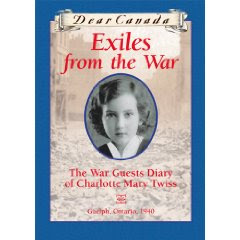 
I also received my first three books after having recently joined Bookmooch. I got two historical novels from Barbara Cartland: A Frame of Dreams and Love Lifts the Curse. I also got The Scottish Bride by Catherine Coulter. These will be for those times whaen I want a light quick read to escape...