The Art of Revenge by Joe Giordano (Review) 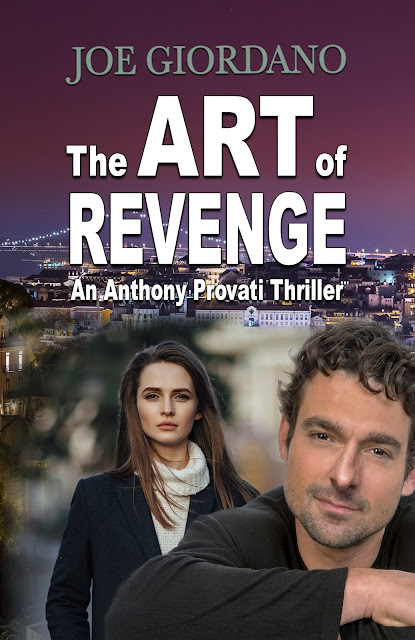 Fans of crime fiction, Italian mob stories, and well-written thrillers will certainly enjoy the Anthony Provati thrillers including this one.
Book Details:

The Art of Revenge is a riveting, action-packed, suspenseful and at times terrifying chase around the world that will have gritty thriller lovers salivating for more - a must-read for those who like hanging on the edge of the cliff by only their fingers.

The Art of Revenge features two unlikely heroes. Anthony Provati is a jazz pianist, art gallery owner, and sailor, who has a mob boss uncle. Valentina Esposito was orphaned at birth but is rewriting her destiny by becoming a brilliant computer programmer. They undertake a global pursuit of murderous Russian and North Korean operatives to foil a terrorist plot funded by forgeries and the ransom of stolen paintings.
My Review:
Reviewed by Laura Fabiani
I was eagerly anticipating the third book in the Anthony Provati thriller series after having read the first two books. I enjoy Giordano's writing style and the way he can so easily create flawed characters we care about. With a few bold phrases, crisp descriptions, and smart dialogue, he can seamlessly transport us into another country and easily shift the mood from one scene to the next.
In this third novel, Anthony's story continues from where it left off in the previous novel, Drone Strike. His baby daughter Angelica and his former girlfriend Nori are in Portugal. Nori needed some space after her accident and Anthony is still trying to adjust to her fall into depression and the fact that he is now a father. Typical of Anthony, he gets mixed up in unsavory business in Greece and ends up running to New York, where his Uncle Frank, a Mafia underboss, resides. But trouble always follows Anthony, and he once again gets in over his head. Fortunately, he has help from newcomer Valentina, a kickass and whip-smart female protagonist.
One of the things Giordano does best is characterization. Each character is distinct and jumps off the page. He knows how to create memorable characters, both good and bad. I could very well see this novel as a movie. Interspersed throughout the narrative are moments of humor, and for me who understands the Italian culture, I couldn't help but smile at some of the expressions. I never know what to expect when it comes to the plot because it's unpredictable with great twists, except that it will be satisfying with a very good ending and no loose plot threads. And if you are an art aficionado, this particular plot will satisfy all the more.
Fans of crime fiction, Italian mob stories, and well-written thrillers with lots of action will certainly enjoy the Anthony Provati thrillers including this one. Although this is a stand-alone novel, I suggest starting with the first book Appointment with ISIL to increase your enjoyment of the core characters who show up in all three books.
If you want to know more about the first two books in the Anthony Provati thrillers, here are my reviews: Appointment with ISIL and Drone Strike.

Note:  Thanks to the author for sending me this book for review. I was not compensated in any other way, nor told how to rate or review this product.
Buy the Book:
Amazon ~ Barnes & Noble
Add to Goodreads
About the Author: 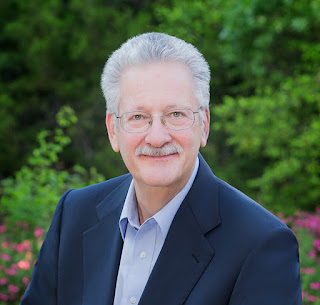 Joe Giordano was born in Brooklyn. His father and grandparents immigrated to New York from Italy. He and his wife Jane now live in Texas.
As a former 3M International Executive Vice President, Joe experienced the global cultures and locations he writes about.

Joe’s stories have appeared in more than one hundred magazines including The Saturday Evening Post, and Shenandoah. His novel, Birds of Passage: An Italian Immigrant Coming of Age Story (2015), and Appointment with ISIL: an Anthony Provati Thriller (2017) were published by Harvard Square Editions. Rogue Phoenix Press published Drone Strike in 2019 and his short story collection, Stories and Places I Remember, in 2020.

Joe was among one hundred Italian American authors honored by Barnes & Noble to march in the 2017 Manhattan, Columbus Day Parade.