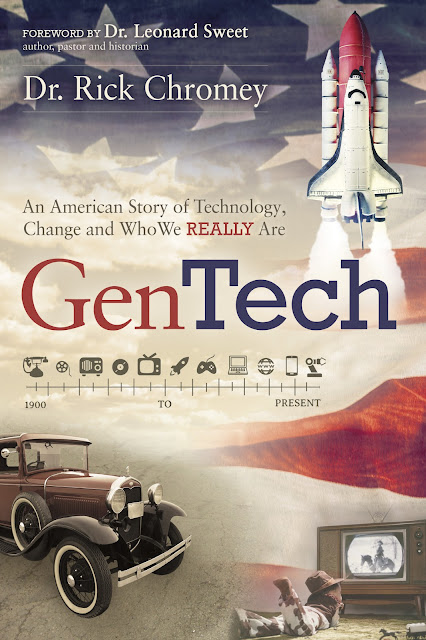 How has technology shaped our society and who we are? This book explores this fascinating topic. Scroll down to see my guest review. Enter the giveaway for a chance to win a copy!

Every twenty years a new generation rises, but who and what defines these generations? And could current generational tags mislead and miss the point? In this insightful analysis of technology history since 1900, Dr. Rick Chromey offers a fresh perspective for understanding what makes a generation tick and differ from others. Within GenTech, readers learn how every generation uniquely interacts with particular technologies that define historical temperament and personality and why current generational labels are more fluid than fixed, and more loopy than linear. Consequently, three major generational constellations emerge, each containing four, twenty-year generations that overlap, merge, and blend:

Guest Review:
This book is reviewed by Jack
FIVE STARS. A really interesting book. The first three chapters alone are worth getting the book for their explanation of how we’ve traditionally thought about generations in America.

Dr. Chromey starts out by asking some very basic questions. What exactly constitutes a “generation?” What are the criteria for saying when a generation starts and stops? How long is a generation?

The author explains that traditionally it has been major political and socio-historical events that have been used as generational markers. Using that criteria there are currently six living generations in America:
Drawing on the work of Neil Howe and William Strauss, the author illustrates how identifying generations, going as far back to the middle ages, has focused primarily on these sorts of random historical events.

The book challenges this approach by arguing instead that technological change is what shapes the personality of a generation:

Technology is what creates our cultural awareness. It could be argued that the “printing press” generations were more “aware” because of Gutenberg’s invention. The historical events that shaped them were exposed and explained through print technology. The same could be said for radio generations or television generations or web generations. The automobile and airplane allowed people to travel great distances, to personally experience what they once only heard through story or read in print.

In short, it is the technology of a generation that that determines its personality.

Chromey also offers the interesting observation that most of us begin to retain memory of cultural events between the ages of 5-7. Consequently, it’s very difficult for someone, like myself, born in 1959, and so classified a Boomer, to relate to JFK’s assassination (even though it’s one of the seminal events used to identify Boomers), because I was too young to remember it. On the other hand, my generational psyche (like the author’s), was formed by other, later events like Neil Armstrong’s stepping onto the moon in 1969. Essentially, we are the product of certain technologies that shape us between our tenth and twenty-fifth birthdays.

The remaining chapters make the author's case in more detail – covering technologies from the invention of the telephone to the iPhone. From automobiles to robotics.

Any criticism? I wish the author would have addressed the work of Ray Kurzweil and what it may mean for the very concept of a “generation.” For readers unfamiliar with Kurzweil, in his blockbuster book, “The Singularity is Near,” he predicts that technological change, already growing at an exponential rate, will reach a point in time (he predicts 2045) at which technological growth becomes uncontrollable and irreversible, resulting in unforeseeable changes to civilization and the human species. 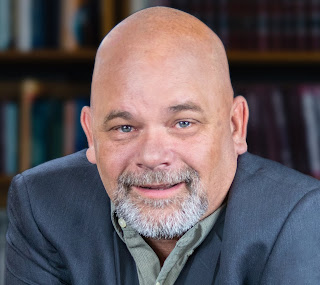 Rick Chromey is a cultural explorer, social historian and generational futurist. He’s also served as a pastor, professor, speaker/trainer, and consultant. In 2017, he founded MANNA! Educational Services International to inspire and equip leaders, teachers, pastors, and parents. Rick has a doctorate in leadership and the emerging culture; and travels the U.S. and world to speak on culture, faith, history, education, and leadership topics. He has authored over a dozen books on leadership, natural motivation, creative communication, and classroom management. He lives with his wife, Linda, in Meridian, Idaho.