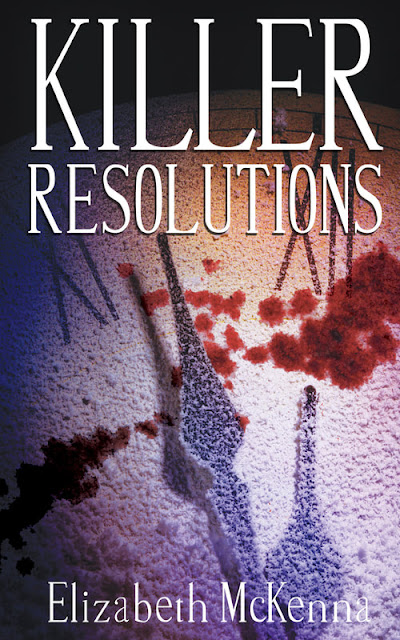 McKenna writes a variety of genres, and this time she's tried her hand at a suspenseful novel and does a good job. Check out my interview with her and enter for a chance to win a copy.

Content Rating: R: There is profanity, including 12 F-bombs and religious expletives. There are numerous murders, though nothing is described in over-the-top gore. There are sexual conversations between characters and kissing as well as an off-page love scene.


For fans of Agatha Christie’s And Then There Were None . . .

In a remote lodge in northern Wisconsin, friends gather for a festive, New Year’s Eve weekend. When a blizzard traps them with a murderer, who will be left to kiss at midnight?

Five years ago, a tragedy shattered the friendship between Dani, her older brother, and their college pals. When her brother invites the old gang for a weekend of outdoor winter fun at a remote lodge, she sees it as a chance to reconnect and heal. But when her friends are murdered one-by-one, Dani must determine whom she can trust before she becomes the next victim.

I've read two previous books by Elizabeth McKenna, a contemporary romance and a cozy mystery. My reviewing partner a few years back also read her historical fiction novel. And I just finished reading this suspense thriller. That's right, McKenna writes a variety of genres and does it well.

Five years ago, Dani and her college buddies celebrate New Year's Eve together and unfortunately a tragedy happens. Now all the friends meet up again in a remote cabin on New Year's Eve hoping to reconnect and finally put to peace what happened that night. But there is a killer among them and Dani needs to figure out who before she dies too.

Killer Resolutions is cleverly titled since it takes place during a New Year's weekend. This was an easy read, fast-paced and suspenseful as I was trying to put together the clues. I read the book in one sitting. The novel is mainly action-based, a novella at 174 pages. There isn't as much character development as I would've preferred, however the characters were distinct and the author alternated the chapters between each character's point of view. I liked this technique that kept me guessing who the killer was, although I had an inkling early on, but was only sure about half-way.

If you like suspenseful murder mysteries that are quick reads, this one is a good one.

Disclosure: Thanks to iRead Book Tours for providing a copy for review. I was not told how to rate or review this book.


My Interview with Elizabeth McKenna:


LCR: Welcome to Library of Clean Reads, Elizabeth This is the third of your books that I read and enjoyed. What made you want to write a suspense novel after having written historical and romance stories?

EM: After reliving my past through First Crush, Last Love (contemporary romance), I was burnt out and pretty sure I wouldn’t write another book. Then one day, I was watching the 2015 version of And Then There Were None. I love mysteries, I love Agatha Christie, and I love Aidan Turner (Poldark) shirtless and in a towel. Suddenly, I had the inspiration for my next book. I was going to reimagine And Then There Were None but set the story in a remote lodge in northern Wisconsin on New Year’s Eve.

So, I guess I switched genres to take a break from the angst of romance.

LCR: I love Aiden Turner too! Did you find this genre easier or more difficult than the other genres you've written?

EM: It was a lot of fun to write, but it was definitely harder to write. I had a beta reader suggest an alternate ending, which would have been quite a twist and been similar to all of the unreliable narrator stories that have flooded the market. But, after some thought, I realized her ending wasn’t the story I wanted to tell. I’m still a romance/happy ending writer, and I couldn’t go where she suggested I go.

While writing Killer Resolutions, I also wrote the cozy mystery The Great Jewel Robbery. I will probably stick with cozy mysteries because I want to project light and happiness, and I can add romance as well. But, a part of me did enjoy being able to swear in Killer Resolutions – LOL.

LCR: What is the hardest thing about writing novels?

EM: Self-doubt. You can get dozens of good reviews, but you only remember the bad ones. I try to be realistic and recognize that I’m not everybody’s cup of tea, but it still hurts.

LCR: What are some books that you have loved reading and/or that have inspired you?

EM: When I first began writing romances, I was inspired by Nora Roberts. She was the only romance writer that I read for quite a while. I loved her snappy dialog, though I thought she was a bit too long in her descriptions. I’m a huge Harry Potter fan. I still remember how I felt after reading the first page of the first book. I thought the “voice” was so perfect. I’m also a fan of Stephen King, though not so much his gory books. When I read Misery, I was amazed at the psychological horror he was putting me through. I was so “miserable” reading it. And if I go back to my childhood, I loved the Nancy Drew and Hardy Boys series. I still have those books in my home library.

EM: I wouldn’t go far. I’d go to 1986 when several of my loved ones were still alive. It would be wonderful to spend even an hour with them.
LCR: Thanks for taking the time to chat with me! 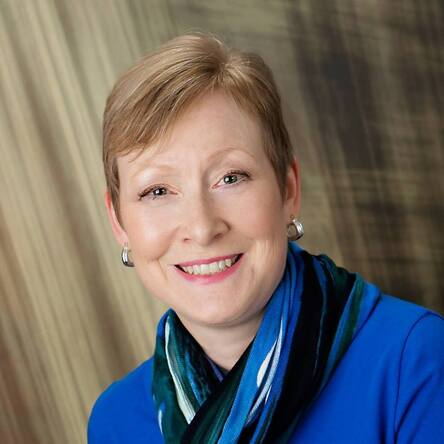 Elizabeth McKenna’s love of books reaches back to her childhood, where her tastes ranged from Nancy Drew and the Hardy Boys to Stephen King’s horror stories. She had never read a romance novel until one Christmas when her sister gave her the latest bestseller by Nora Roberts. She was hooked from page one (actually, she admits it was the first love scene). Her novels reflect her mercurial temperament and include historical romances, contemporary romances, cozy mysteries, and dark mysteries. With some being “clean” and some being “naughty,” she has a book for your every mood. Elizabeth lives in Wisconsin with her understanding husband, two beautiful daughters, and a sassy Labrador. When she isn’t writing, working, or being a mom, she’s sleeping.